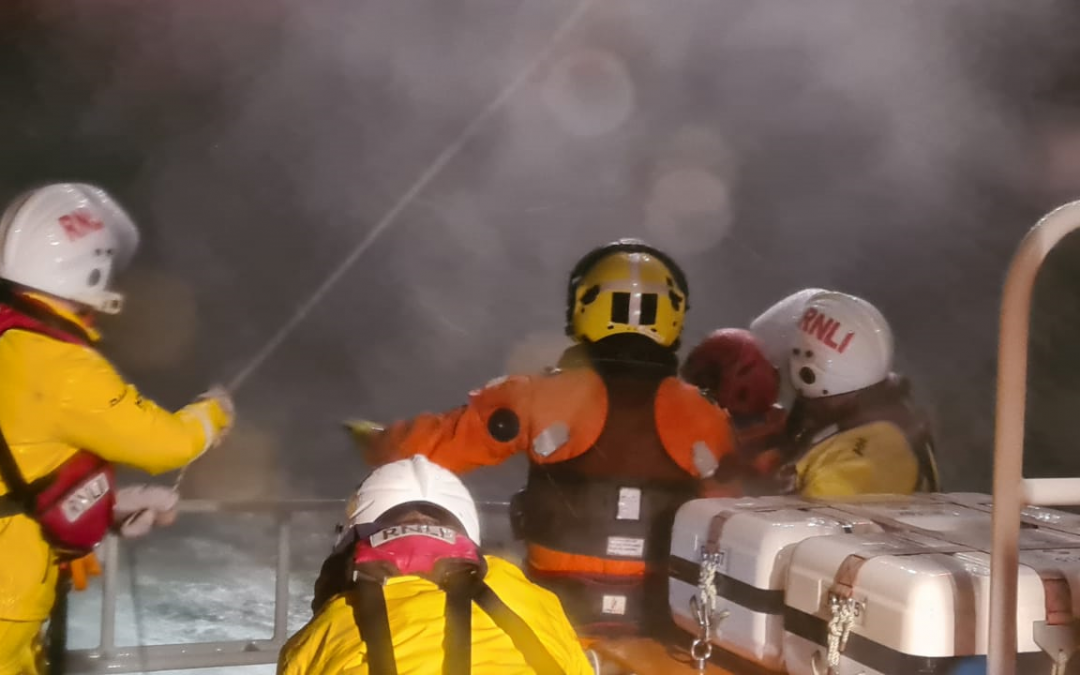 Castletownbere RNLI were launched last night (Tuesday 3rd November 2020) at 22:54 to go to the assistance of a seriously ill fisherman on board a fishing vessel off the West Cork Coast.

Castletownbere RNLI lifeboat was tasked by Valentia Coastguard Radio at 22:46 last night to go to the assistance of a 27 metre locally-registered fishing trawler, with six persons onboard, located two miles south of MIzen Head which reported that a crewman had suddenly become seriously ill.

The lifeboat was launched within minutes under the command of Coxswain Dean Hegarty and located the vessel west of Sheep’s Head. Conditions on-scene were difficult with a three metre swell and 25 knot south-westerly winds. Two attempts were made to transfer the casualty from the fishing vessel to the lifeboat but were unsuccessful due to unfavourable conditions. The lifeboat then escorted the trawler to just inside the mouth of Castletownbere harbour where the casualty, a man in his late forties, was transferred to the lifeboat in calmer waters.

The Shannon-based Sikorsky Irish Coastguard helicopter Rescue 115 was tasked and met with the lifeboat in Bantry Bay. The helicopter lowered a winchman and the casualty was successfully transferred to the helicopter for immediate evacuation to Cork University Hospital.

Commenting on the callout Castletownbere RNLI Lifeboat Deputy Launching Authority, Brendan O’Neill, complimented the crew on its rapid response to the call-out and thanked the coastguard for its cooperation in making this call-out successful.