From sandy shore to deep sea, an exploration of what lies beneath 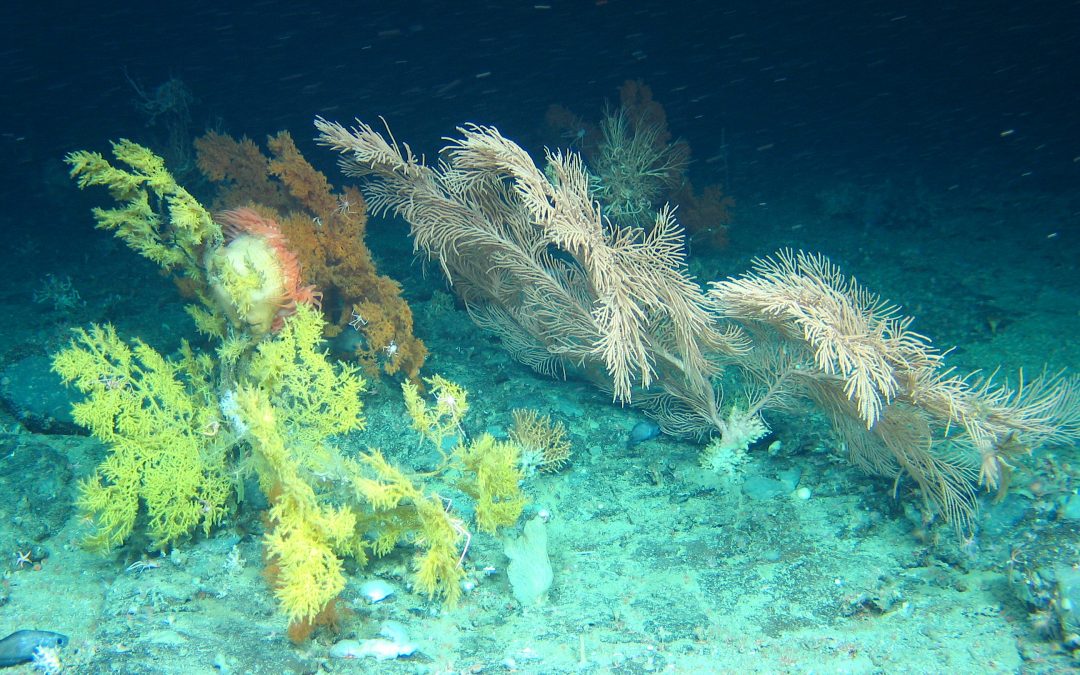 Dive into the ocean and discover what lies beneath – the Marine Institute’s Oceans of Learning series focuses this week on Marine Biodiversity. The Marine Institute and partners are celebrating our world’s shared ocean and our connection to the sea in a 10-week series, sharing news and offering online interactive activities, videos and downloadable resources on a new marine topic each week.

From sandy shores and sheltered bays to the bed of the deep sea, the ocean is home to many species of invertebrates, crustaceans, fish, birds and mammals. The ocean contains nearly 200,000 identified species, but there are many species yet to be discovered and the real number of ocean species may lie in the millions.

Biodiversity describes the total variation among the living organisms on our planet. In its simplest form, biodiversity or biological diversity is ‘Life on Earth’ and includes marine biodiversity, the ‘Life in the Seas and Oceans`. With Ireland’s marine territory ten times the size of its land area, the waters surrounding Ireland are highly productive and provide a habitat for hundreds of species of invertebrates and fish, 35 species of sharks, as well as 24 species of whales and dolphins.

Dr Paul Connolly, CEO of the Marine Institute said, “With oceans covering more than 70% of the Earth’s surface, marine biodiversity is an essential part of our ocean ecosystem. Surveying our marine habitats enables us to better understand Ireland’s marine territory so that we can protect and monitor our marine biodiversity.

The Marine Institute has worked with our partners on species restoration for native oysters, crayfish, ray and skates in Tralee Bay, Co Kerry. These three projects, funded by the European Maritime and Fisheries Fund (EMFF), have examined their habitats and the critical management measures required to support the recovery of these species.

Tralee Bay provides a habitat for several rare and endangered sharks and their relatives, including the migratory porbeagle shark, angel shark and undulate ray. Tralee Bay is also the last European refuge for the extremely rare white skate. The work of the Marine Institute is highlighting the importance of Tralee Bay as a shark refuge, and providing advice for the management and conservation of these iconic species.

Dr Maurice Clarke of the Marine Institute said, “The importance of Tralee Bay in an international context can not be underestimated. Tralee Bay is a unique marine ecosystem in Irish waters, and through this project we have been able to unravel its mysteries.”

Scientists from the Marine Institute, as well as other agencies and third-level institutions have carried out many expeditions in Irish and international waters which have resulted in many exciting discoveries. In 2017, Irish scientists discovered the deepest known occurrence of cold-water coral Solenosmilia variabilis, which had formed reefs in Irish waters at depths of 1,600m (1.6 km below the surface).

The expedition team also identified a type of soft coral known as “sea pens”, which resemble a cross between a feather, starfish and a fern. Cold-water coral reefs are ecosystems that host a diverse range of marine animals including sea fans, sponges, worms, starfish, crustaceans and a variety of fish species, and are vitally important habitats for marine biodiversity.

In 2018, a team of scientists discovered a very rare shark nursery, 200 miles west of Ireland. A large number of egg cases were filmed on the seafloor at depths reaching 750m, and a large school of blackmouth catshark (Galeus melastomus) were present at the site. Scientists discovered the shark nursery while mapping Ireland’s deep-water coral reef systems. This survey also recorded coral species observed in Irish waters for the first time.

SeaRover was led by the Marine Institute and INFOMAR, the national sea-bed mapping programme, and funded by the European Maritime and Fisheries Fund (EMFF) and the National Parks and Wildlife Service (NPWS). On these surveys, scientists gathered data for marine planning, habitat protection and to investigate the impact of climate change in these important habitats.

“From tiny microscopic plants such as phytoplankton to the largest animal, the blue whale, our ocean contains the greatest diversity of life on Earth. It is important we all work together to understand the linkage between these living creatures. If we protect our marine biodiversity we will achieve healthy and productive oceans for our present and future generations,” Dr Connolly said.