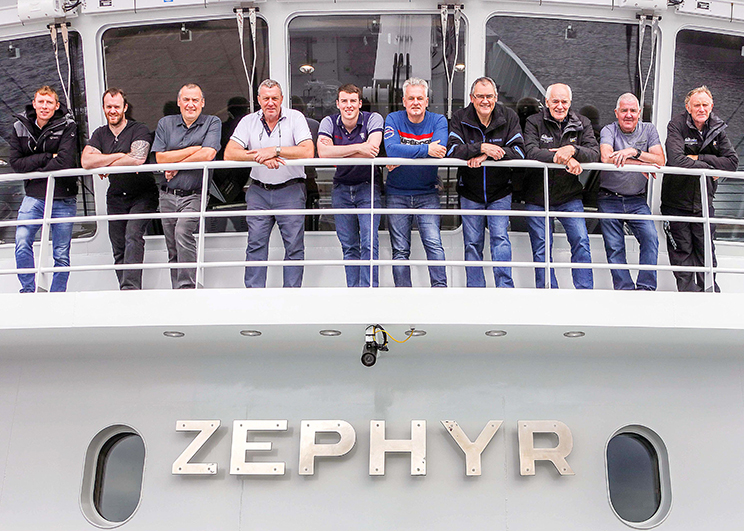 ZEPHYR (LK 394) arrived back in Shetland on 28 September following fitting out at Norwegian Yard Larsnes AS. Her hull and superstructure were built at Marine Projects in Poland with completion in February.

The 75.4m long ship was designed by Skipsteknisk AS and towed from Poland to Norway on a barge, with winches and engine installed. The Polish yard builds a wide variety of craft including fish carriers, yachts and even tall ships as well as fishing boats.

Skipper Allister Irvine said that the £27m build had gone pretty much to plan and all that remained was to start catching fish when the mackerel season begins for UK boats.

John Arthur Irvine was the skipper of ZEPHYR for many years and Allister only took over as skipper three years ago after 50-odd years at sea.

Now 70-years-old (or young) he feels he has a bit to go yet before hanging up the sea boots. “I’ll get two or three years yet, if I’m able,” he said.

ZEPHYR is the fifth vessel to bear the name owned by the Irvine family. Allister’s father Lowrie bought his first boat, the Mary Jean, from Fraserburgh in 1948 and the first ZEPHYR came in 1959 and went to the drift net for herring as well as white fish seine, this was the first boat Allister was on, joining the crew in 1964.

The next ZEPHYR was a larger 90ft dual purpose boat that fished mackerel and herring with purse seine and also white fish. The next steel-hulled ZEPHYR was bought in 1980, and lengthened five years after that, as was the Antares skippered by another Irvine brother Lowrie, with a fourth brother – Bobby – also in the crew.

The two vessels rigged up for pair-trawling in Ireland in 1986, with the purse seine very much of secondary importance and used mainly for herring.

The purse seine has been eliminated entirely in the new boat, which used white fish trawl units to amalgamate onto the licence in order to build the bigger vessel. The purse seine was “hard work on the crew anyway,” said Allister.

“The difference between this boat and the older ones is no real,” he added. There were some “poor runs” in his father’s first, 65ft long, ZEPHYR, where the lack of a decent market in Shetland meant boats heading to Aberdeen with their catch.

With the pelagic trawl, a massive “net stacker” crane on the stern of the vessel does most of the hard work. Another crane on the port corner is solely for lifting the fish pump.

The next ZEPHYR and ANTARES started off pair-trawling but had more than enough power for single trawling and each “went their separate ways” as a result.

The same is, of course, true with the latest generation of boats and the new ZEPHYR has a 9,300hp Wärtsilä V12 main engine, essentially the same engine as the old boat but a more modern iteration with more power.

1,300 kW fore and aft Brunvoll thrusters provide extra manoeuvrability coming alongside or when fishing if needed.

ZEPHYR will fish with all ten men in the crew and usually lands to Pelagia either in Lerwick or Norway, with the hope being most can be landed to the former Shetland Catch factory. The Pelagia contract does not apply outside of Norway, and the ZEPHYR will be free to land to any factory.

Allister said: “We will be going to the mackerel about the end of next week. The markets will be cleared up a bit and we can maybe get the chance to land. There are a lot of Norwegian boats just now landing everywhere and the mackerel is better for trawling a peerie bit later on – a bit firmer.

Constant communications with the factories nowadays, with tow by tow updates being provided on WhatsApp, and vessel movements tracked on the AIS (automatic identification system), means the pelagic trawlers can pretty much fish to order, with the cut off being what the factory can handle over a couple of days.

ZEPHYR’s wheelhouse is of course fully linked to the Internet and communications. Five big displays, the centre one being touch-screen, can show all manner and combination of information from vessel systems to net and catch information via sensors, to weather forecast, radar and AIS, to name a few applications.

The vessel’s crew are handsomely accommodated in 11 single-berth en-suite cabins and there are a further two 2-berth en-suite cabins plus a hospital cabin. There is an onboard gym and two lounge rooms. One of the lounges is separated from the messroom by a real stone wall complete with an embedded “natural look” electric fire.

The vessel is rigged to pump fish on board from the stern via the MMC pumping system, the same firm supplying the separator. The catch can be discharged from either the port or starboard side, depending on what the factory set up needs.

A 3,100kW shaft generator powers all the winches, cranes and systems at sea and there are no less than five auxiliary Caterpillar generators for when the vessel is landing or otherwise requiring extra power.

A 170kW Caterpillar harbour generator is also installed for power when she is tied up and not using shore power.

ZEPHYR’s electronics were supplied by H Williamson & Sons Ltd, Scalloway including mostly Furuno fish detection and plotting equipment and various Furuno radars and navigation aids were among the navigation electronics.

The Skipper team wish Zephyr Fishing Company, the Zephyr crew and their families every success and safe fishing with the new ZEPHYR. 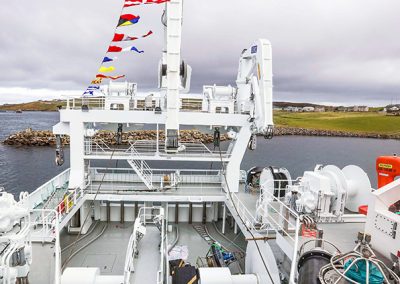 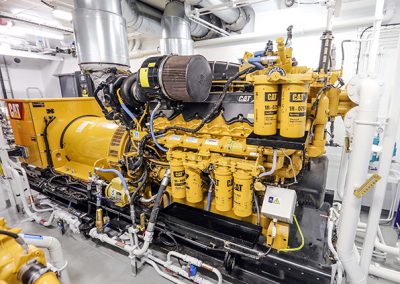 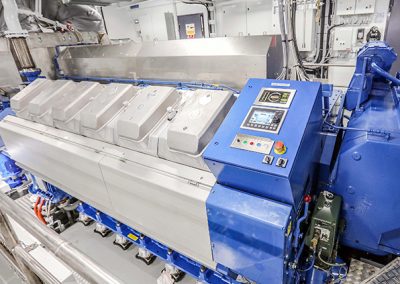 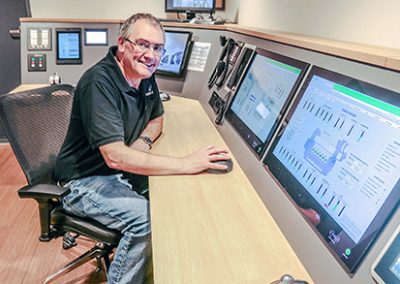 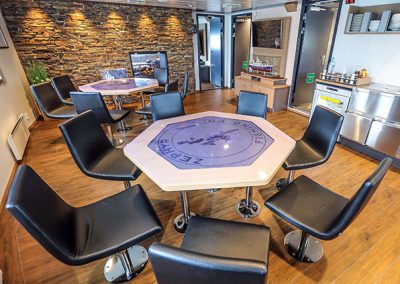 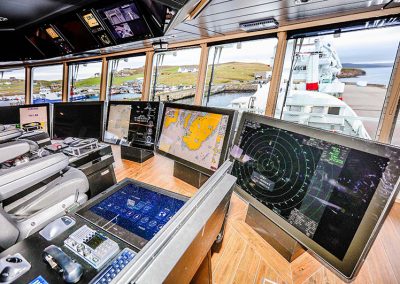 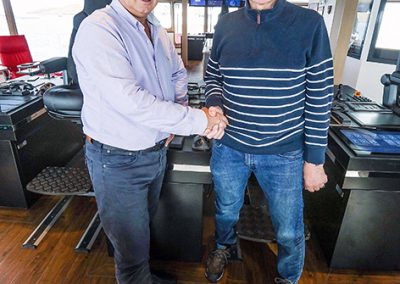 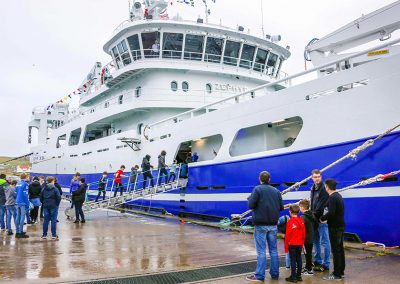