Who Was On Watch When Irish Fish Was Given Away? 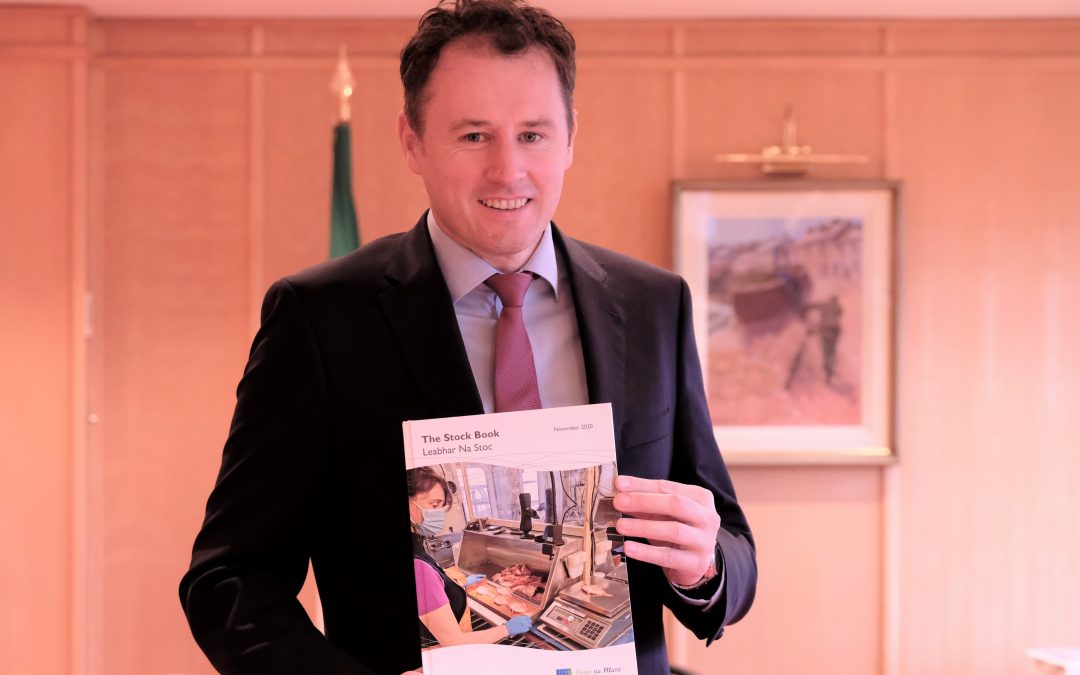 A recent reply to a parliamentary question appears to show that there was no oversight by the Irish Minister of the Marine and his department officials of the final negotiations regarding the disastrous EU-UK fishing deal finalised on 24th December last year.

To ask the Minister for Agriculture, Food and the Marine if he will submit a report to Dáil Éireann on the meetings between him and or his officials with Mr Barnier and or Mr Barnier’s negotiating team in connection with the EU-UK Trade and Cooperation Agreement negotiations, specifically on the issues of the Common Fisheries Policy and the Irish fishing industry, given the unfavourable outcome for Ireland’s fishing industry in the agreement; and if he will make a statement on the matter.

In reply Minister McConalogue appeared to confirm the suspicions of many fishermen that there was no Irish Government input or agreement with the final deal that resulted in a huge giveaway of Irish Mackerel and Prawn quota to the UK and saw Ireland contribute nearly double that of other EU member states that also fish in UK waters.

The Ministers reply in appears to show that his last meeting with Mr Barnier was on 27th November 2020 nearly a month before the deal was signed and following the widespread criticism of the deal there was no meeting to convey Irish fishermen’s concerns till  20th January 2021.

This account raise serious questions as to who decided and approved the final deal on Christmas Eve and whether Minister McConalogue, Foreign Minister Simon Coveney or Taoiseach Micheal Martin were even aware of how much fish Ireland was surrendering to appease the UK.

Since my appointment as Minister for Agriculture, Food and the Marine and prior to the conclusion of the EU-Trade and Cooperation Agreement on Christmas Eve last, there were three separate meetings of the Group of 8 (France, Germany, Netherlands, Belgium, Spain, Denmark and Sweden) on EU-UK negotiations.

On 21st September 2020, my Department officials, along with other officials from the Group of 8, met with DG Mare and Director General Vitcheva. At this meeting, officials were given an update of the state of play of the negotiations with the UK, a presentation was given on the updated JRC study on EU catches in UK waters, there was discussion on the Commission proposals on fishing opportunities and discussions on preparations for a no-deal were resumed.

On 6th October 2020, I, along with my Ministerial colleagues in the Group of 8, met with Mr Barnier, Fisheries Commissioner and DG Mare, where we were given an update on the state of play in the EU-UK fisheries negotiations. I set out Ireland’s position at this meeting, making it clear that Ireland was seeking that the Task Force stick to the mandate to maintain the status quo and use the leverage of other negotiations to support this objective.

On 27th November 2020, I, along with my Ministerial colleagues in the Group of 8, met with Mr Barnier, Fisheries Commissioner and DG Mare, where we were given an update on the state of play in the EU-UK fisheries negotiations. At this meeting, I urged Mr Barnier to stay firm on the link between the overall economic partnership and the conclusion of a fishing agreement and not to agree to any short-term arrangement on fisheries which would serve to break this link.

I stressed that Ireland’s fishing industry needs a strong and stable EU/UK Fisheries agreement, and is in a particularly vulnerable position sharing our main fish stocks and our waters on three sides with the UK. I also emphasised that any outcome in the future relationship negotiations that results in a loss of quota share for the EU would be damaging to Ireland’s fishing industry.

On the 20th January 2021, I, along with my Ministerial colleagues in the Group of 8, met with Mr Barnier, Fisheries Commissioner and DG Mare, on fisheries related matters post-Brexit. At this meeting, I made it clear that Ireland considers that the transfer to the UK involves a very high share of some of our most important stocks, including mackerel and prawns. I pointed out that within the Common Fisheries Policy, Ireland contributes by providing rich fishing grounds for EU Member States, and that our Exclusive Economic Zone provides spawning and nursery grounds for many of the core stocks shared with the UK and on which the Trade and Cooperation Agreement quota package and the Common Fisheries Policy depend. I also strongly expressed disappointment that the principle of burden sharing within the EU Member States has not been adequately respected. I made clear that the inequitable relative contribution of quota share by Ireland is contributing to a strong sense of grievance within our fishing industry and indeed more broadly. Mr Barnier and the Commissioner noted Ireland’s concern pointing out that the case made was understood. Mr Barnier advised that the UK priority was increased shares of pelagic stocks and in particular mackerel and Ireland is the largest EU share holder of this stock.

I will continue to keep the focus on this situation and use any opportunity available, to seek constructive solutions that would help to alleviate this unacceptable position.

The share allocation of stocks between Member States was established as a principle of the first Common Fisheries Policy (CFP) in 1983 and was based on the average catch of each Member State over a period of reference years (track record). The only exception to this relates to the Hague Preferences, on the basis of a special recognition agreement of the underdeveloped nature of the Irish fleet and the heavy control responsibility on us when Ireland joined the EU. The Hague Preferences give Ireland an increased share of traditional stocks (cod, whiting, haddock, sole and plaice) when TAC levels fall below a specified level.

The CFP is reviewed every 10 years and the next review is scheduled to be completed by 31 December 2022 when the European Commission will report to the European Parliament and the Council on the functioning of the CFP. The review is expected to be detailed and comprehensive. At EU level, it is expected that all stakeholders will have an opportunity to engage actively in the review work including the fishing industry, eNGOs and Member States.

I will consider how Ireland will prepare for and participate actively and effectively in the upcoming review of the CFP, including the interaction with stakeholders, to prepare Ireland’s case and identify priorities. I have previously stated that I am committed to using all opportunities including through the review of the CFP to secure additional quota shares where possible for Irish fishers.

The Skipper has submitted a freedom of information request to the EU commission regarding the timetable of meetings around the EU-UK trade deal and will publish our findings in due course.