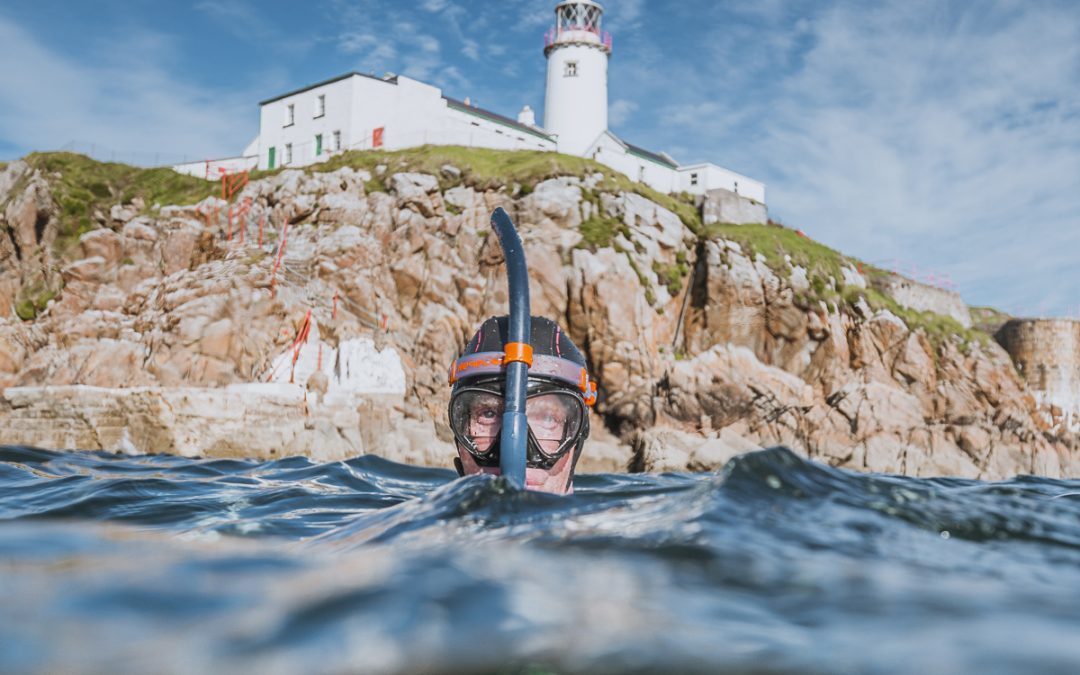 Fishermen around the coast should keep an eye out for a strange sight in our waters this winter!

A former army ranger has dived into a new challenge – to become the first person to circumnavigate a country by fin-swimming.

Donegal man Henry O’Donnell was keen to remain busy when the Covid-19 pandemic curtailed his work as a security consultant for airlines and oil companies.

With time on his hands during the coronavirus restrictions, Henry decided to start training for what he describes as “one of the most inspiring, unique and challenging marine projects ever attempted in Irish coastal waters”.

His mission is to attempt to fin swim around Ireland to become the first person ever to circumnavigate a country by fin swimming and in doing so will help to raise funds for two charities, Water Safety Ireland and the Irish Cancer Society.

The watersport is growing in popularity and involves surface swimming using fins on your feet along with a breathing mask and snorkel.

The 56-year-old from Carrickfinn is a former army ranger and has undertaken numerous challenges following his recovery from a sporting accident in the 1990s, which left him paralysed for a period of time.

He led the first relay swim around Ireland in 2006 and has completed ‘lowest to highest point’ expeditions on four continents.

He left Carrickfinn beach in West Donegal in September to fin-swim the first leg of his clockwise expedition around the island of Ireland and is currently making his way down the east coast stoppping off in many of the Irish seas fishing harbours.

Since his journey began many fishermen around the coast have lent their support to the challenge and helped Henry by donating fuel for the support boat and provisions for him and the crew.

The weather will dictate the pace of the swim but Henry said it could take up to one year to complete.