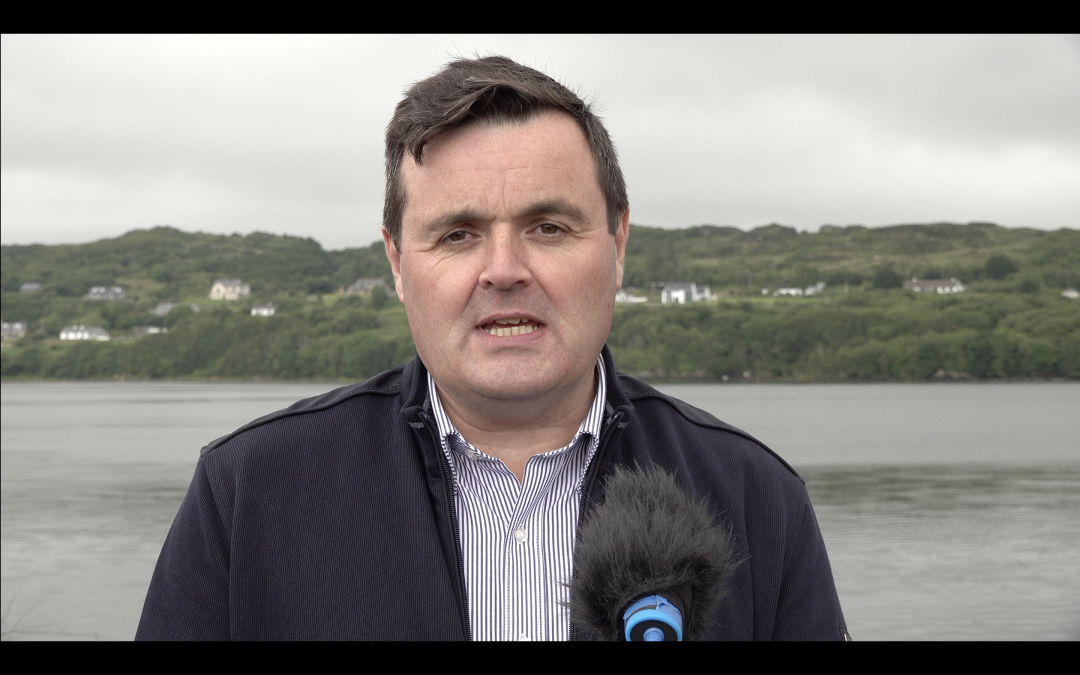 “Unless, there is a genuine political desire to drive these taskforce recommendations the entire taskforce will only ever mount to 196 pages of print on glossy paper ….”

The Irish Fish Processors Exporters Association has responded to the Seafood Taskforce final report with the recommendation the Minister undergoes a reality check in regard to his Department and the fishing Industry in general.

Speaking to The Skipper, Brendan Byrne, CEO of the IFPEA called on Minister McConalogue to get a grip on his department and officials if there is to be any future for Irish Fishing.

“The Irish Fish Processors Exporters Association response to the publication of the Seafood Taskforce is while welcoming the majority of the recommendations, its ultimate success will be determined by the Minister and his department officials, whereas industry through their representatives have made their proposals at taskforce level, none of these can be implemented without the support of the Minister of the day.

The Taskforce was extremely fortunate that it had a Chairperson of the calibre of Aidan Cotter, an individual who invested massive effort and time into the process. His steadfast leadership based always on the principles of fairness ensured that the taskforce reached a fair outcome and one that had the greatest majority support amongst the industry in general. He throughout the process retained the fullest confidence of the taskforce, likewise on the Steering Committee with the membership of Margaret Daly, who had first hand knowledge of the industry, she was able to give a practical first-hand experience of the challenges facing the sectors at present. Her contribution particularly when setting out the future ambition for the industry had set the positive tone for the eventual out come of the taskforce.

Taskforces are a political instrument to take difficult decisions away from their political masters – its always been that way and it will always remain that way – so too, it is in this case with the Seafood Taskforce. The failures of the Brexit talks, that lead to the TCA warranted that our political leaders immediately required a platform to set out, explore and recommend the difficult decisions that were ahead due to their failures.

So, the outcomes of the Taskforce will for the future years be known as the recommendations of the industry, in a hope that the political failures that lead to those decisions of the taskforce having to be taken will be forgotten, or so goes the theory. But, the taskforce was stronger that first envisaged and through that strength some excellent initiatives made their way through the process. Initiatives such as the liquidity scheme for all processors – based on the French model which is already up and running in that country, in a same vein a major capital investment programme for all fish processors and exporters is also strongly recommended and is budgeted for €90 million. Were these initiatives easily obtained through the taskforce process, no they were not, and at each step of the way the once constant opponent was the Ministers own officials. It never ceases to shock me, the extent to which some officials will go in order to halt progress in this country, I recall in particular a charge made against myself when I was proposing the much needed capital plan for the industry , a senior official referred to the entire plan and proposal as “ rhetoric “ – it reflects much more poorly on them than I , but, it is nevertheless an example of how low some will go in order to bulldoze the fishing industry – and we all know there has been too much of that in the past and presently unfortunately is still remains a factor.

The success or otherwise of this taskforce is now solidly back with the political masters, the taskforce recommendations have the confidence of industry, it reflects through all the various initiatives the ambition of the fishing industry, we may not agree with all the various proposals but in its entirety, it has all the key elements to drive the Irish Fishing industry for the next 15 to 20 years. But, if the taskforce release is anything to go by, I personally would be very worried, the low-key event speaks politically to me that many of these initiatives will not see the light of day.

The Minister urgently needs to get a political grip on his department, he has shown absolutely no political instinct since his arrival on the scene, he has demonstrated zero leadership for the fishing industry, the future will require strong political leadership in order to meet head on the challenges that are presently here and those that are yet to come. The taskforces recommendations so the Minister informed us on the day of its release is now back with his department officials, and he further tells us “that it is a priority “, does that in itself instil confidence in me – well, do I even have to reply to that, do I?

Unless, there is a genuine political desire to drive these taskforce recommendations the entire taskforce will only ever mount to 196 pages of print on glossy paper ….

The future needs to be in the hands of the politicians not their officials – or maybe that is “rhetoric “. But, in reality the Seafood Taskforce is now a matter for Charlie and Charlie alone will decide if it is to be implemented and so it should be.”