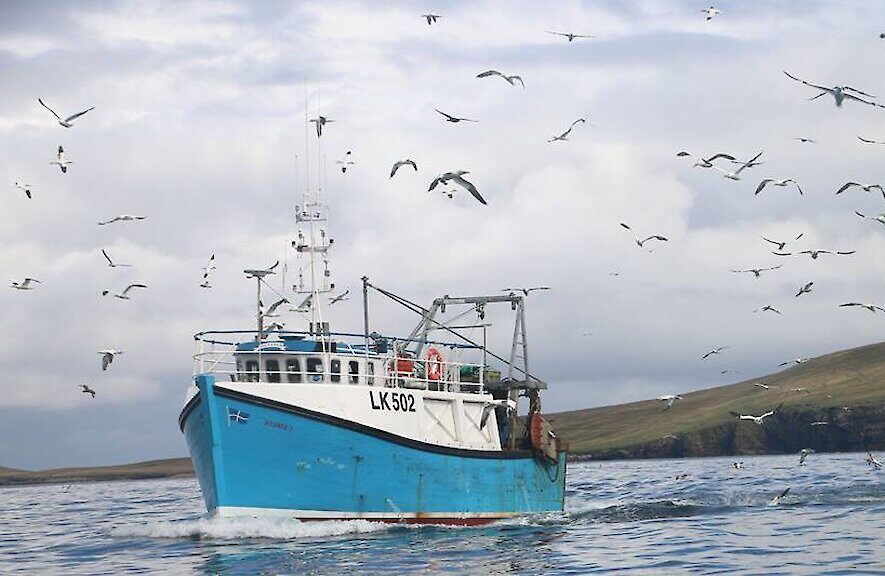 Record numbers of squid are being seen in the waters around Shetland, according to an annual independent survey of commercial species.

While haddock continues to be the most abundant stock, more than three times the average amount of squid (Loligo spp.) was identified by the 2022 Shetland Inshore Fish Survey (SIFS) carried out by UHI Shetland.

Environmental change is the most likely explanation for the phenomenon, given that squid are relatively short-lived and breed only once.

Dr Shaun Fraser, Senior Fisheries Scientist at UHI Shetland, said: “The high catches of squid recorded in 2022 were a widespread feature of the data in that they were observed in survey areas all around Shetland. Overall, these catches corresponded to the highest relative abundance of squid yet recorded in the survey timeseries.”

The purpose of the survey, which has been carried out annually since 2011 using the 12m vessel Atlantia II (LK 502), is to provide independent information on the distribution, relative abundance and population structure of fish species in local waters.

Haddock was the main component of the survey catches, which are carried out in 52 pre-defined locations within 12 nautical miles of Shetland including in 25 areas of shallow water that are assessed as potential nursery grounds.

Cod and whiting, by contrast, were below average abundance, although encouragingly cod were at higher levels in the shallow areas which suggests a healthy stock of juvenile fish that may in time be observed on nearby fishing grounds.

Catches of flatfish and skate from inshore hauls were at the lower end of observed catch rates for these species, while results from shallow areas were more mixed.

The data from shallow hauls suggests that some nearshore grounds around the coastline of Shetland are nursery areas for a variety of commercial species, for example plaice and monkfish.

Shetland Fishermen’s Association Executive Officer Daniel Lawson said: “Given how important inshore waters are to the Shetland fisheries ecosystem, and how vital it is for the future of fishing that nursery grounds show healthy amounts and sizes of young fish, these are once again extremely encouraging results.

“The survey work carried out by UHI Shetland is critical to our evidence-based approach to fisheries, which contrasts starkly with many environmental NGOs which rely on misplaced ideology rather than data to advance their arguments.”