Smell of the sea may steer seabirds to their food 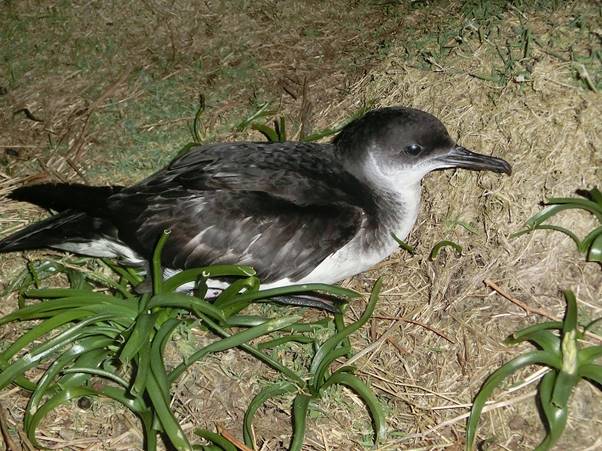 Researchers in Ireland have shed some light on how a wide-ranging seabird tracks its prey. They showed how the species known as the Manx Shearwater searches for food in areas of ocean packed with plankton. These microscopic organisms give off a smell the seabirds can sense – and this may be key for ocean-faring species hunting for a moveable feast.

The team, who were based at University College Cork for the study, tracked dozens of birds over three years at colonies on High Island and Great Blasket Island off the coast of Galway and Kerry respectively. They deployed GPS tags on individual shearwaters to record their movements – the same satellite technology used by mobile phones to pinpoint your location.

Dr Adam Kane, now a lecturer at University College Dublin described the project, “Seabirds present a challenge to study because it’s often impossible to observe their behaviour directly owing to the huge distances they travel at sea. But by looking at their tracks we could see when the birds slowed down and turned more frequently indicating they’ve found a patch of the ocean where there may be prey.”

Co-author Enrico Pirotta said, “We predicted that the birds would start to forage in areas where there was lots of plankton because these organisms form the base of the food web and often coincide with the preferred prey of the birds, such as invertebrates and fish.”

The Shearwaters breed underground on isolated colonies off the coast of Ireland and come from a larger group of birds known as the tubenoses; a group known to have a keen sense of smell. Previous work demonstrated how tubenoses respond to the smell given off by plankton, a helpful adaptation to finding food that lives out of sight beneath the ocean surface.

The group’s predictions were borne out such that birds from both colonies switched to a foraging behaviour where plankton was concentrated. “That both colonies exhibited this pattern gives us extra confidence in our findings,” said Prof. John Quinn of University College Cork. He added, “This is an important discovery because in conservation we need to know why species occur where they do if we are to develop effective protection for them.”

The findings are published in the journal Marine Ecology Progress Series.