Skerries & Clogherhead RNLI respond to report of vessel on fire 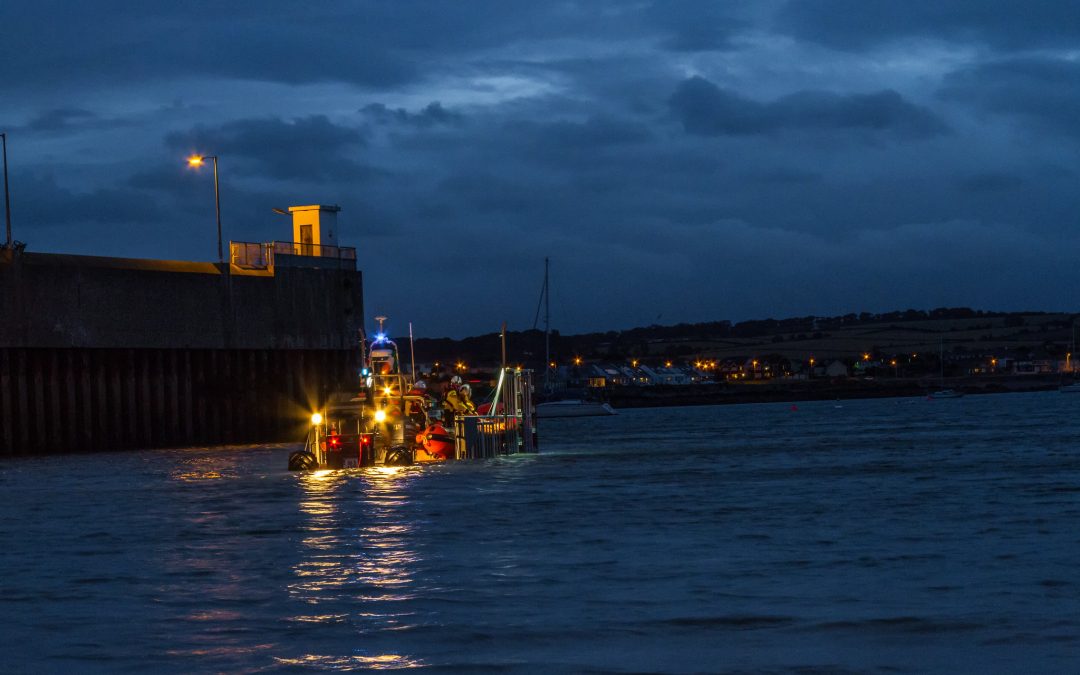 Skerries RNLI and Clogherhead RNLI were tasked on Wednesday night, August 5, following a 999 call to Dublin Coast Guard reporting a possible fire on board a fishing vessel off Laytown beach.

Shortly before 11 pm, the volunteer crew from Skerries launched the Atlantic 85 inshore lifeboat, while the volunteers in Clogherhead launched their Shannon class all-weather lifeboat. The lifeboats reached either end of Laytown beach at approximately the same time and began to search for any vessels in distress.

They were soon joined by land-based units from Drogheda Coast Guard and Skerries Coast Guard, who made contact with the caller on the beach to gather more information to pass to the lifeboats. Coast Guard helicopter Rescue 116 and a local fishing vessel also joined the search efforts.

A comprehensive search of the area was carried out, at one point, using white parachute flares to illuminate the search area. Following confirmation from some local fishermen that all fishing vessels in Balbriggan and Mornington were accounted for and further information from the initial caller relayed by Drogheda Coast Guard, Dublin Coast Guard were satisfied that it was a false alarm with good intent and all units were stood down and returned to station.

At the time there was a force one to two south-westerly wind with a slight sea swell.

Speaking about the call out, volunteer Lifeboat Press Officer for Skerries RNLI, Gerry Canning said: “Thankfully it was a good outcome again this evening, and another great example of how well our flanking stations work together along with the other emergency services. We’d also like to thank the fishermen involved for their assistance.”