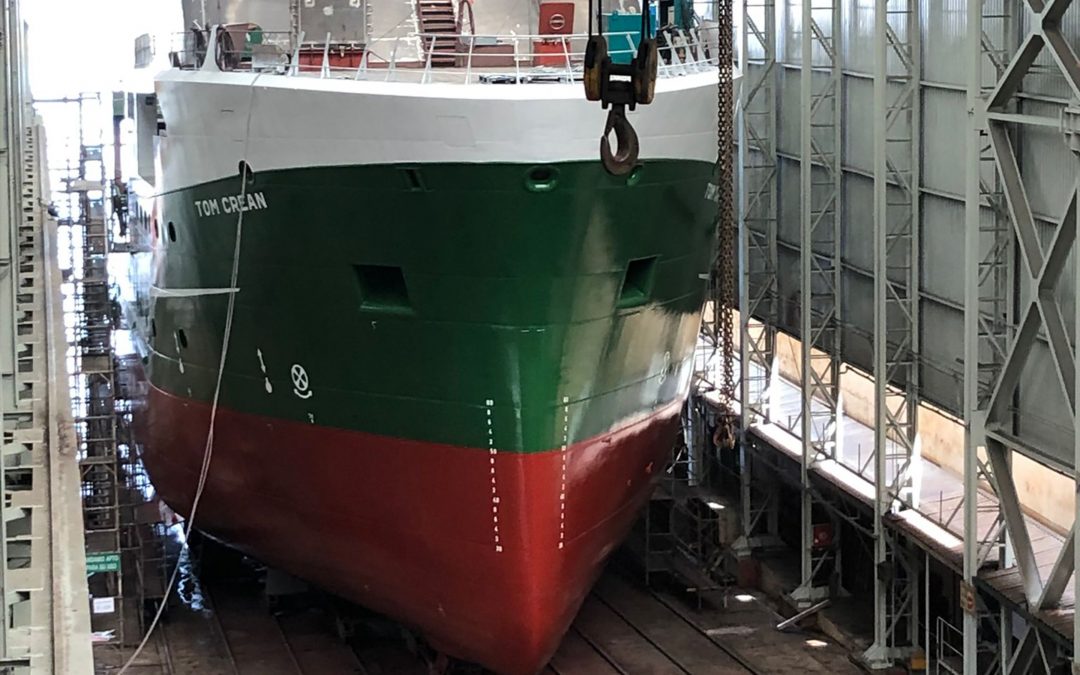 The RV Tom Crean consists of 32 individual hull units expertly assembled to form the hull of the vessel. This phase of the project involved upwards of 70 personnel working at some stages which included the joining of the hull units, installation of the vessel generation sets, electric propulsion motor, deck equipment and the vessel’s unique silent seven-bladed propeller. The Wheel House will also be installed this week.

The vessel hull has also been painted in the familiar ‘Signal green’ colour, and features the vessel name Tom Crean. It is the colour used on the Marine Institute’s two research vessels currently in operation, the RV Celtic Explorer and RV Celtic Voyager. 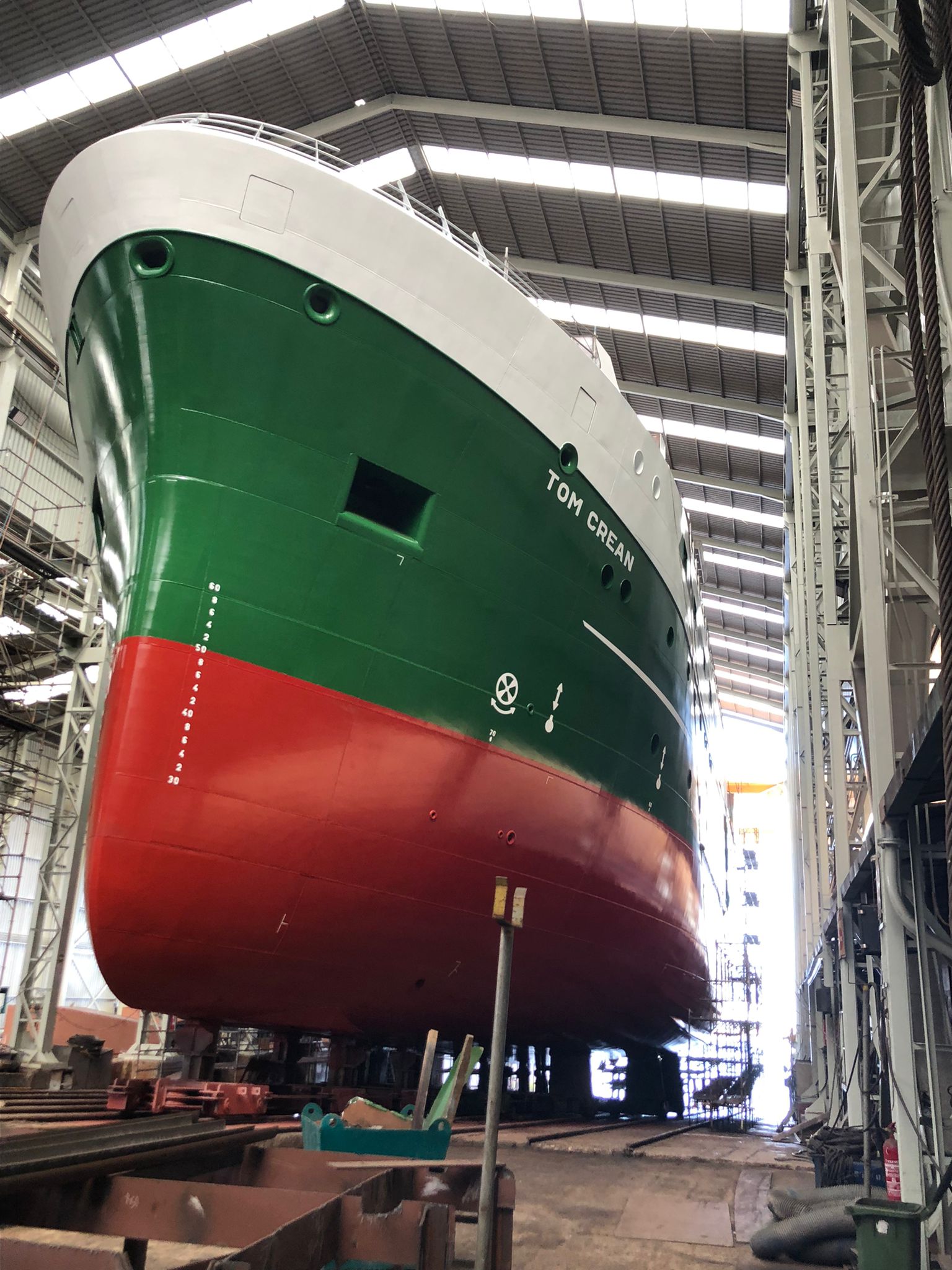 The construction of the new national research vessel continues on schedule and on budget in 2021, with the build process expected to be completed in summer 2022.

Aodhán Fitzgerald, Interim Director of Oceans, Climate and Information Services, and Project Manager of the new vessel build said, “The construction of Ireland’s new marine research vessel is making great progress, with the RV Tom Crean on track for completion in summer 2022. The next stage of the build focus will move towards the outfitting of the vessel interior, including laboratories, with the vessel’s launch into the water scheduled for November 2021. The outfitting will then continue with the vessel afloat.”

The RV Tom Crean will provide a year round service for expanded fisheries surveys, seabed mapping, deep water surveys and support increased research in the Atlantic Ocean. The new vessel will enable 300 operational days at sea each year, and up to 3,000 scientist days per year. The new vessel will also enable the Marine Institute to continue to lead and support scientific, high quality surveys that contribute to Ireland’s position as a leader in marine science.

The vessel has been named the RV Tom Crean, after the renowned seaman and explorer who undertook three major ground breaking expeditions to the Antarctic in the early years of the 20th Century which sought to increase scientific knowledge and to explore unreached areas of the world, at that time.

The new research vessel has been commissioned with funding provided by the Department of Agriculture, Food and the Marine approved by the Government of Ireland.

To follow the build process for the RV Tom Crean visit the timeline at: https://www.marine.ie/Home/site-area/infrastructure-facilities/research-vessels/tom-crean-timeline