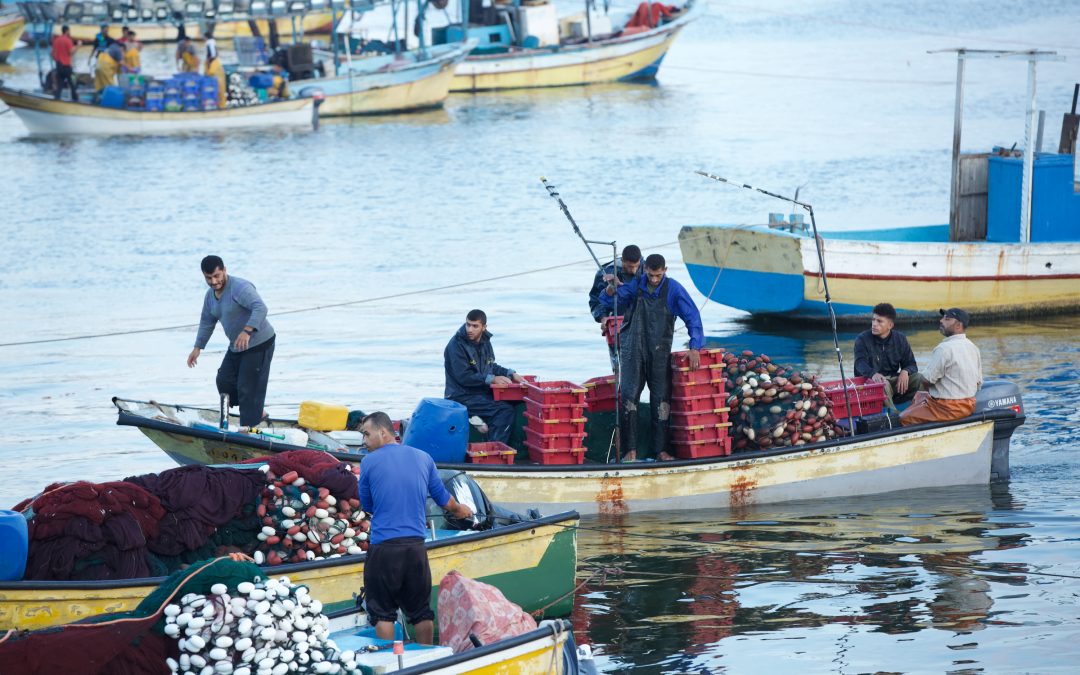 An attack by Israeli naval forces on fishermen in Gaza last month has led to renewed calls on the international community to intervene and urge Israel to remove the crippling restrictions on Gaza’s fishing community.

Al Mezan Centre for Human Rights has reported that on April 21st Israeli naval forces opened fire on Palestinian fishermen who were sailing around four nautical miles off the coast of Beit Lahia in the north of the Gaza Strip.

According to eyewitness accounts, two Israeli naval vessels chased the fishermen and subsequently opened fire. One fishing boat was damaged in the attack and the fisherman onboard, Ziyad Fahd Baker (25), sustained moderate headwounds from a rubber bullet.

Amid measures aimed at preventing the spread of coronavirus in Gaza which are now threatening humanitarian conditions, with half the workforce now unemployed and the other half forced to stay home, attacks against fishermen by the Israeli Navy are putting the fishing sector under increased pressure, says Al Mezan.

According to the organisation, though unwarranted and unlawful, attacks and harassment of Palestinian fishermen are routine. Their impact now, on a sector which supplies both jobs and food in Gaza, at a time when families throughout Gaza are at higher risk of food insecurity, is increased.

The organisation’s documentation shows that since the beginning of 2020, the Israeli navy has carried out 92 attacks using live ammunition against Palestinian fishermen, injuring six. Three fishermen, including a child, have been arbitrarily arrested.

The individuals who were detained reported physical and verbal abuse during their interrogation, says Al Mezan.

One fishing boat, along with its equipment, was also confiscated by the Israeli authorities during this period. Several boats have been damaged or destroyed in separate incidents.

Years of arbitrary attacks, arrests and restrictions by Israeli authorities, say Al Mezan, have made fishing as an occupation a risk to life and safety, and mean regular boat confiscations, destruction and damage, banning of materials for repairs and severely reduced fishing zones are part and parcel of the daily lives of Palestinian fishermen.

“Accordingly, the fishing community endures extreme poverty, that is marked not only by low income levels and instability, but also by chronic food insecurity, and lack of access to education and healthcare,” says Al Mezan.

“Targeting the fishing sector amid the implementation of the COVID-19 safety measures, which have curbed life in Gaza and confined breadwinners to their houses, means increasing these vulnerabilities among the fishing community and for families throughout Gaza,” they say.

In light of this, Al Mezan has called (once again) on the international community to intervene and urge Israel to remove the crippling restrictions on Gaza’s fishing community and uphold the rights of fishermen.

“These practices are unwarranted, illegal, and form part of an unlawful closure policy that amounts to a prohibited collective punishment under international law. The international community must provide protection for fishermen and enable them to work freely, so that they can contribute to their own economic benefit as well as that of the Palestinian economy. Tangible steps to action the removal of the 13-year closure of Gaza must be urgently formulated.”

Last year in Ireland, despite Governmental opposition, the Dáil overwhelmingly voted in favour of a Bill that would ban the sale of imported goods from occupied territories in Palestine – 78 votes to 45 votes, with three abstentions. Progression of the Bill, however, has since been stalled by the Fine Gael using a “money message”.