Offshore renewables and fishing on a “collision course”, conference warned 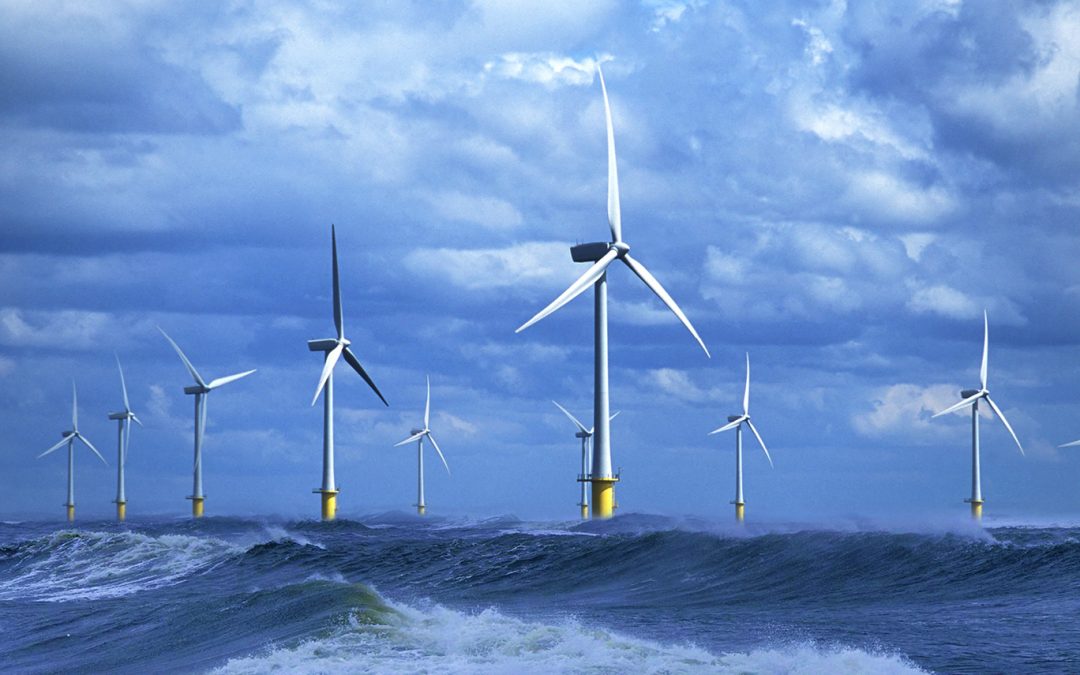 Ireland ‘s unique opportunity to help Europe reduce its dependence on Russian oil could be hampered by a severe skills shortage for developing offshore renewable energy, industry experts have warned. And unless the Government moves quickly on establishing a stakeholder liaison group, offshore wind and the fishing industry are on a “collision course”, a conference at the National Maritime College of Ireland (NMCI) was told.

Ireland can be a leading wind and wave energy supplier, but it will only capture just over 20 per cent of jobs required unless the Government co-ordinates specific training, Wind Energy Ireland chief executive Noel Cunniffe said.

Cunniffe was speaking at the event hosted by Simply Blue Energy, on the theme of “Our Offshore Renewable Energy Opportunity – Is Ireland Ready” which deal with maritime qualifications and certification.His organisation, which represents the wind energy industry, has urged development of specialist marine apprenticeship schemes and a skills plan for renewable energy involving schools and universities, he told the conference at the NMCI hosted by Simply Blue Energy.

This was echoed by Dr Alan Power of the Government’s expert group on future skills needs, who said that marine careers are a “significant growth area” .To meet the Government’s five GW target for offshore  wind by 2030, a range of key occupations will be required including engineers, ecologists, marine biologists, hydrologists, and people with construction and technical skills, Power said.

Marine operators and ship crew, wind turbine technicians and experienced professions in transport and logistics will also be required,he said. 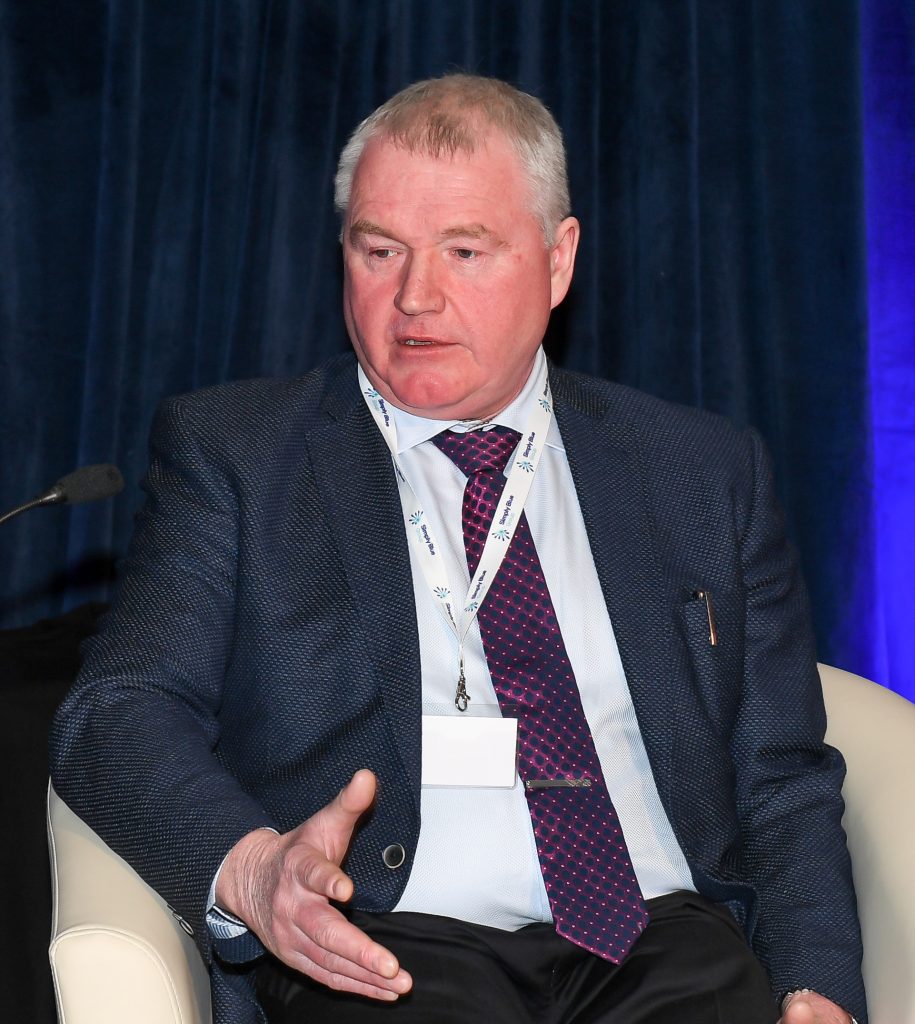 However, offshore wind and the fishing industry are on a “collision course”, with fears about the impact on fishing now greater than the impact of Brexit, John Lynch, chief executive  of the Irish South and East Fish Producers’ Organisation said.

“There is no question that we do require renewable energy and it is a great opportunity,”Lynch said, but it had “got off to a bad start”.He described how renewable energy companies came to meetings with fishers with “a presentation, a map” but with  “pre-determined sites” in inshore coastal areas.“We had no input into the position of those sites,” he said, and “co-existence would have been far easier” if there had been prior consultation.

Even if fishing was allowed near an offshore wind farm, the risk of snagging gear, accidental damage  to equipment and the risk of prosecution over same would pose serious challenges and could cause insurance problems, Lynch explained. 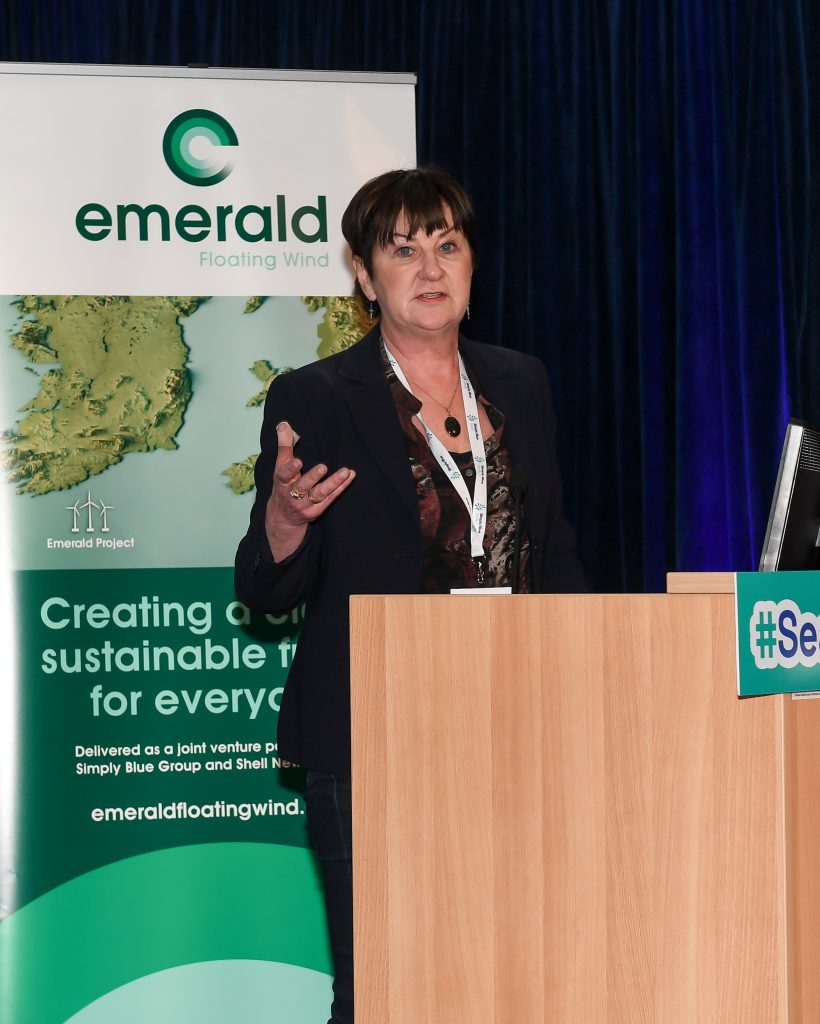 Co Waterford vessel owner Caitlín Uí Aodha said  “the hunters are being hunted off their grounds”. We want to be green, but we need you to understand fishing is not just a job, but a way of life, a tradition, a heritage,”Uí Aodha said, emphasising the need for seafood protein suppliers to survive.“I am not convinced that those involved in this [renewable] industry are there to look after me..you’re there to make money,” she told renewable energy representatives at the conference.

Marine renewable expert Prof Tony Lewis of University College, Cork recalled a similar discussion on skills shortages in oil and gas 40 years ago when the Kinsale gas field was being developed.

“We missed that opportunity then,”he said, urging a co-ordinated approach with an “enterprise focus” to ensure Ireland could supply the required expertise without losing out to foreign companies.

Mark de Faoite of  Údarás na Gaeltachta said renewable energy jobs could also help to sustain Gaeltacht areas, but a holistic approach to skills and training was required by all Government departments and agencies.

In his opening address, Minister for Marine Charlie McConalogue acknowledged delays in establishing an offshore renewable energy/seafood liaison forum, and recruitment was ongoing for a chairperson.

Attracta Uí Bhroin of the Irish Environmental Network identified delays in marine spatial planning by Government as being critical.

Ireland is required to extend its network of marine protected areas, but any attempt to co-locate offshore wind farms in protected areas cannot be a  “box ticking exercise” in relation to protected of the marine environment, she said.