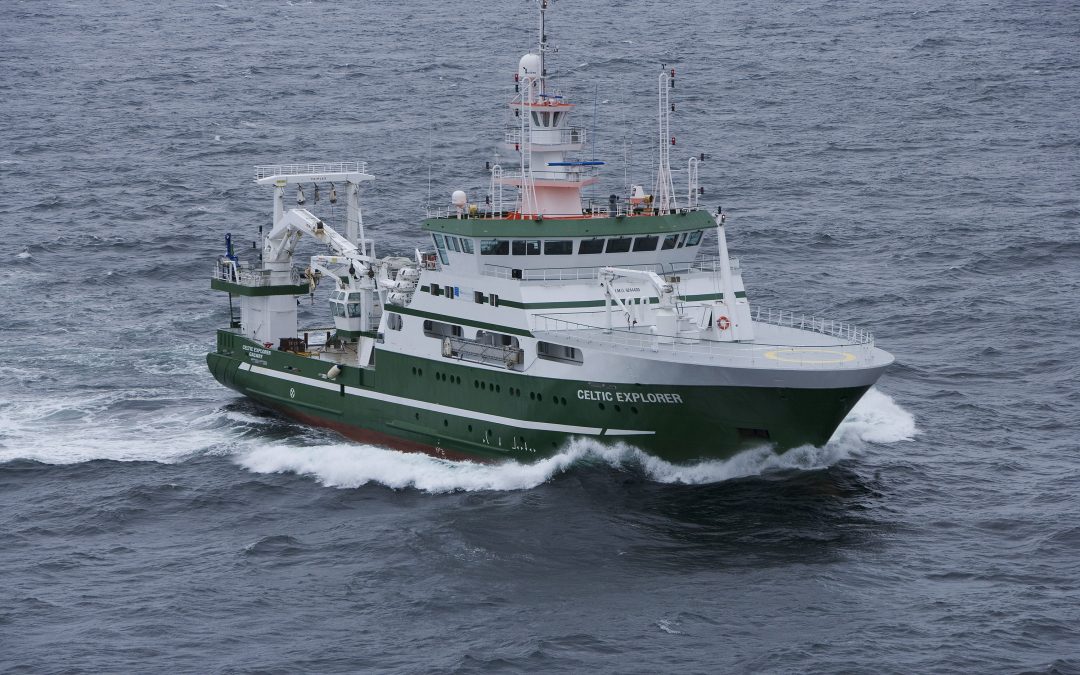 The Marine Institute has launched this year’s Oceans of Learning series, celebrating
Ireland’s Marine Research Vessels and Ocean Explorers – Our Past, Present and
Future.

Over a three-week period, Oceans of Learning celebrates our seas and Ireland’s
valuable marine resource, marking both European Maritime Day (20 th May) and
World Oceans Day (8 th June). The Oceans of Learning series on marine.ie offers
online interactive activities, videos and downloadable resources all about our ocean.

A #SeaToMe social competition will encourage people across Ireland to share what
the sea means to them for the chance to win weekly prizes.

The series begins with a look at Irish research vessels used in the waters around
Ireland, since as far back as 1865. Oceans of Learning will next feature the national
research vessels of the present, the RV Celtic Voyager and RV Celtic Explorer. The
final week of the campaign focuses on the future. The RV Tom Crean will join
Ireland’s marine research fleet in 2022, marking a major milestone for marine
research. The 52.8 metre vessel will provide a year round service for expanded
fisheries surveys, seabed mapping, deep water surveys and support increased
collaborative research in the Atlantic Ocean.

Through the Oceans of Learning series, the Marine Institute has come together with
Government Departments and organisations across Ireland including Bord Iascaigh
Mhara, Bord Bia, Met Éireann, Commissioners of Irish Lights and EPIC Irish
Emigration Museum, to celebrate and highlight the vital role our ocean plays in all of
our lives.

Dr Paul Connolly, CEO of the Marine Institute said “As we anticipate the arrival of
Ireland’s new state-of-the-art, multi-purpose research vessel the RV Tom Crean, it’s
the perfect time to reflect on our research vessels and explorers of the past and to
mark the wonderful achievements of our present day research vessels – the RV
Celtic Voyager which came into service in 1997 and the RV Celtic Explorer which
arrived in 2003.

“These research vessels have been central to the Marine Institute’s work and
research programmes. They enhance our ability to collaborate with our many
national and international partners and are central to positioning Ireland as a leader
in ocean knowledge. They continue to facilitate a deeper understanding of our
ocean, helping us to safeguard it for future generations.”

A new video released this week as part of Oceans of Learning focuses on Ireland’s
research vessels of the past.

In the early years of fisheries surveys and marine research (the late 19 th century), a
variety of different ships were used in the waters around Ireland. One of the first on
record was the HMS Lightning (1865-67), a wooden-hulled paddle powered gun
vessel. Other ships from these early days of fisheries research include the Flying
Fox, Fingal, Harlequin, Granuaile and Saturn.

The Helga was purchased in 1900 – the same year the Department of Agriculture
and Technical Instruction was established – and used both as a scientific research
vessel and as a fisheries protection vessel.

Helga II (also known as HMS Helga, Muirchú) came into service as a fishery
research vessel in 1908. She was solely designed to carry out scientific
investigations in Irish waters. A modern creation, she was fully electrified, contained
refrigeration units and a continuous-wave radio.

At various points in her history, the Helga II was requisitioned away from fisheries
research work. She served as an anti-submarine patrol vessel during World War I,
was involved in shelling buildings in Dublin occupied by Irish volunteers during the
1916 Rising, and played a key role during the Civil War in moving Free State troops.
At the outbreak of World War II, the Free State did not yet have a navy and the ship,
now named Muirchú (Sea Hound), was one of the first ships to be co-opted for the
then Marine and Coastwatching Service.

In 1947, the ship was decommissioned and sold to a Dublin company for scrap. In
transit from Cork, she began to take on water. Those onboard were rescued and the
vessel sank beneath the waves off the Wexford coast.

Launched in 1973 as a 21 metre fishing trawler, the Lough Beltra was refitted in
1976 as Ireland’s national research vessel. She had the most up-to-date navigational
equipment at the time, including a Decca Auto Pilot, Track Plotter, Navigator and
Radar. 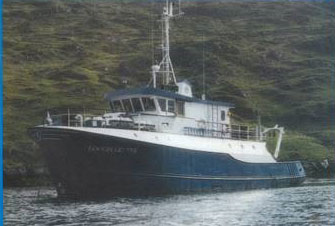 From 1994 to 1997, the vessel surveyed areas of the Irish Sea, Celtic Sea and the
North Atlantic Ocean. She was decommissioned in 1997, when the newly built RV
Celtic Voyager, managed by the Marine Institute, came into service

For more information on Oceans of Learning visit www.marine.ie.