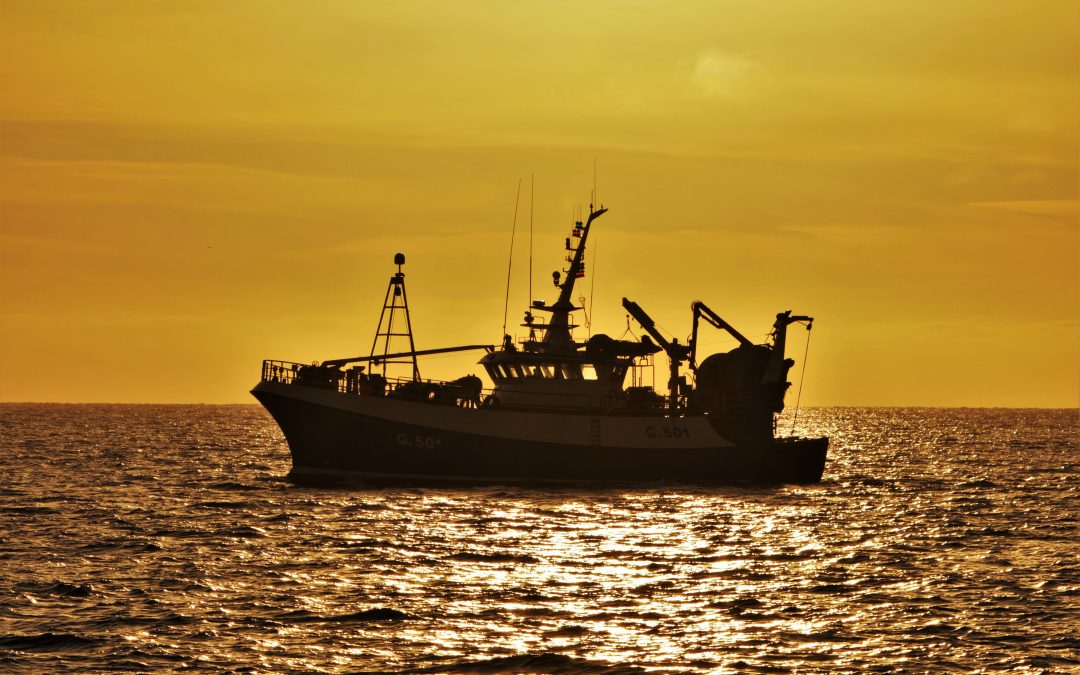 As the saying goes, ‘counting fish is like counting trees, except they are invisible, they keep moving and they eat each other.’ Despite this every year scientists must perform essential stock assessments on different species of fish in order to attempt to estimate what the sustainable levels of catch for the future year will be. These stock assessments bring together catch, survey and biological data under the assumption that the data included is representative of the stock being assessed. This means that the data should cover the entire distribution of the stock and also that fish do not leave or join the stock i.e. the stock is a closed population. It is therefore essential to know what biological populations of each species of fish exist and to make sure that this is accounted for in the identification and delineation of stocks for the purposes of assessment and ultimately management. Simply put, in order to count fish, you first have to know what you are counting.

It sounds simple but the central fundamental weakness that remains in many existing stock assessments is the lack of knowledge of underlying population structure and the inaccurate definition and delineation of stocks for data collection and assessment. Most stocks are defined according to geographical and political features or regions or statistical areas (e.g. ICES Divisions) rather than on a biological basis. Over time, it has become increasingly clear that the temporal and spatial distributions of most fisheries resources are not aligned to these artificial divisions. Whilst delineation by predefined area may be convenient, accurately assessing the status, biomass and sustainable exploitation rates of a stock without knowing its biological (population) composition is impossible.

Despite considerable effort and development of numerous potential stock identification methods over the years, this basic requirement has largely eluded fisheries scientists. That is until recently, when advances in genetic sequencing technology have enabled unprecedented access to the genetic information of these valuable natural resources. It is now possible to study the entire genetic code of species such as herring and horse mackerel and identify minute differences with which to distinguish populations. Genetic markers for these differences can then be used to establish baseline population information and ultimately to assign individual fish in mixed survey and commercial catches to the population or assessment unit to which they belong, before conducting a stock assessment.

This genetic stock identification approach has been applied over the past few years on the herring to the northwest of Ireland and west of Scotland in Division 6.a and has highlighted the inaccuracies in the geographic based splitting of the Northwest (6.a.S, 7.b-c) herring and the West of Scotland (6.a.N) autumn spawning herring. Essentially the data for these stocks have been incorrectly analysed since they were proposed as separate stocks in the 1970s, which has contributed to their unsustainable exploitation. The assessments for these stocks have now been changed on the basis of the genetic evidence, to reflect the true distribution of the underlying populations and these will continue to be monitored to ensure that the assessment data is collated at the correct level.

Now these advances have progressed even further with the ground-breaking development of a higher-powered genetic approach. In collaboration with Uppsala University (Sweden), MSD Animal Health has developed the DNA TRACEBACK® Fisheries platform.

This is a multi-species genetic tool that contains all the known informative genetic markers for all herring populations across the entire distribution of the species. If applied in the same manner as the work in Division 6.a it would enable any herring caught anywhere to be assigned back to its population of origin with a very high level of confidence. This is a game changer in terms of stock assessment and could potentially redraw the maps of herring stocks in the northeast Atlantic. The beauty is that the tool also contains markers for horse mackerel, sprat and cod to name but a few and it is hoped to add additional species once data become available.

“Thousands of particularly informative genetic markers have been selected for each species based on recent whole genome sequencing efforts and are now represented on the DNA TRACEBACK Fisheries platform,” says Dr. Leif Andersson, professor of functional genomics at Uppsala University. “These extraordinary advances in DNA sequence analysis offer great potential in fisheries management when they are made widely accessible and affordable.”

This offers a real-world solution to address the global need for sustainable food production and marine conservation and provides scientists with the genetic tools they need to accurately define the fish stocks which they are assessing, thus providing the foundation on which sustainable management can be built.

The Killybegs Fishermen’s Organisation (KFO) and the Pelagic Advisory Council, who have been strong supporters for the development and implementation of novel genetic methods for improving the data that underpins various stock assessments, including those for Herring and Horse Mackerel, noted that “the release of the first DNA TRACEBACK® Fisheries platform from MSD Animal Health represents a significant advance. Wide-scale application of the tool across the various species will enable national fisheries institutes and ICES to assess valuable fisheries resources more accurately, which will lead to more sustainable management. In the near future we hope that Mackerel and Blue Whiting markers will be added to the array and it is important that we continue to support the further development by adding more adding more pelagic and demersal species.”

The DNA TRACEBACK® Fisheries platform is currently being implemented in a project to discriminate herring populations in the Irish and Celtic Seas and Bristol Channel and there are projects under way and supported by fishery organisations to extend this to other species (e.g. horse mackerel).

“Substantive progress in seafood sustainability can be achieved through this type of scientific innovation and collaboration. We are delighted to extend our activity into global marine fisheries,” said Dafydd Morris, general manager Norge, MSD Animal Health. “Further innovation is expected and many more commercially important species, including major tuna species, could soon be incorporated into the DNA TRACEBACK Fisheries platform. The more fish species that are included, the more beneficial this technology becomes for its users – so we are excited by the opportunity to connect with researchers working in this space.”