Minister McConalogue Hits Back At Industry Criticism Over Brexit Deal 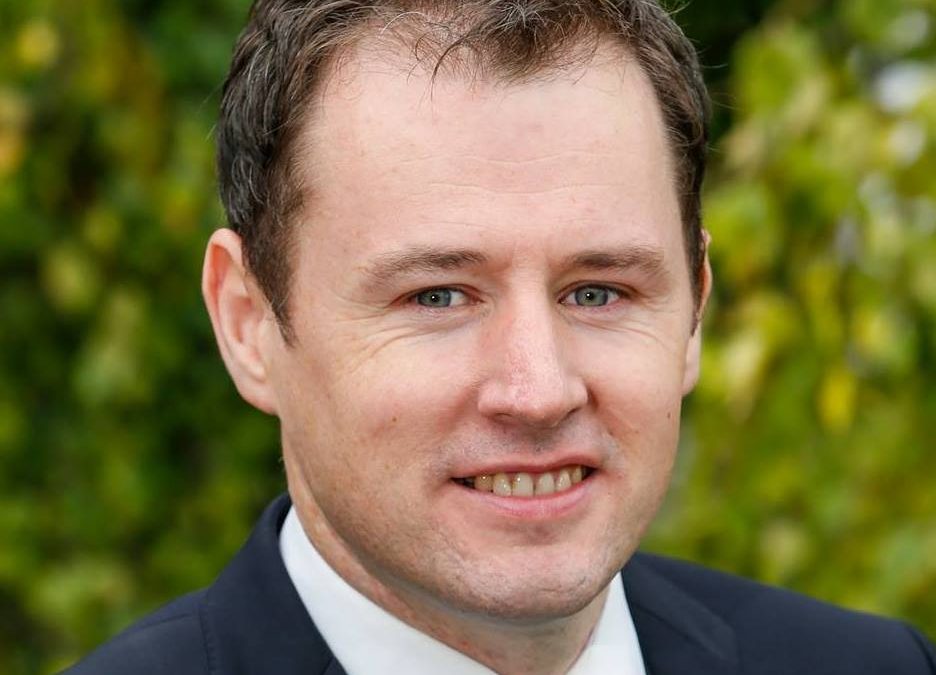 In response to recent issues raised and highlighted by The Skipper,  we submitted a series of questions to Marine Minister Charlie McConalogue.

In an interview to be published in our April issue, Minister McConalogue hits back at industry criticism over the Irish Governments handling of Brexit and appears to rest Irish hopes on the outcome of the CFP review in 2023.

Minister for Marine Charlie McConalogue says Ireland is determined to secure the 1 billion euro in EU compensation for the impact of Brexit, in spite of France’s attempt to reduce this country’s share.

Speaking to The Skipper, Mr McConalogue said it was not yet clear what proportion of this funding would be allocated to the fishing industry, but the sector was recognised  as having borne the most severe impact of the final deal.

He said that there would also be national exchequer funding for the sector, in addition to the monies from the Brexit Adjustment Reserve – as the EU’s 5 billion euro compensation package is known.

Fears that France is trying to cut Ireland’s share were reported by The Irish Times last month, which said that Paris was proposing a different “allocation key” that would result in extra money going to bigger states like France, Spain and Italy.

The newspaper reported that this would come at the expense of 14 other countries and would hit Ireland the hardest, removing €200 million from the expected €1 billion that had been due to arrive this year, according to calculations by Belgian MEP Pascal Arimont ,the European Parliament’s rapporteur on the Brexit Adjustment Reserve.

Part of the remit of the seafood task force established by Mr McConalogue would be to recommend best ways for EU and national exchequer funding to be spent to support the seafood sector and coastal communities, he said.

“There’s no doubt and no equivocating at Government level  that there’s a real detrimental impact to a fishing sector as a result of Brexit, with a  15%  overall loss of quota over the next five years, and that was a real blow. And one that is going to have a real live impacts as well, and there’s a very clear recognition by Government of that, and also a recognition by myself as  minister – and the government – on the importance of supporting the fishing sector.”

There was a commitment to addressing this over the next number of years, he said, and for this reason he believed that the “best way forward” was to  put together a task force which would bring together “the collective minds and expertise of all across the sector and industry”.

The taskforce would identify  routes “through investment to mitigate the impact that’s going to be there from the 15% loss of quota in the fish sector itself, but also particularly looking at other opportunities in terms of secondary industries and also in terms of the marine resources in general”.

McConalogue said that under the chairmanship of Aidan Cotter, the task force would meet on a regular basis,  and would be charged with producing an interim report in  two months.

Its final report  would have to be completed in four months, he stressed.

“ I’ve also asked it to look at advising in relation to their thoughts on the necessity for a tie-up scheme in the short term,”.

“ I also asked them to look at – to consider and advise –  in  relation to  the  long-term,  and whether they believe is that there is a role for  a small level of  decommissioning”.

Their “advice and insights” would enable the government to “continue to bring the battle to  European level in relation to means by which we can look to address the heavy burden share and disproportionate share  experienced by  our own fleet coming out of Brexit”.

This advice would also “relate to the  next EU Common Fisheries Policy (CFP)  as well, and “ensure burden sharing is a part of that”.

It would also advise on the  “best approach to seeking a [better] quota share for Ireland as part of that CFP as well”.

Asked how he responded to the industry’s call for more fish, rather than a fleet decommissioning scheme, McConalogue said that he was “ absolutely….with the industry on that”.

“ It’s fish we want, it’s fish that drives the life blood of  the fisheries sector,”he said, and sustains secondary processing and onshore employment.

Any reduction on fish would have an impact on employment at sea and onshore, and this is something he recognised.

“That is absolutely  my position, and has been my position throughout the Brexit negotiations in terms of doing everything we could as a government to protect the sector and try and protect quotas,”he said.

Mr McConalogue said there was no budget as yet for a tie-up or decommissioning scheme, as the “starting point” was to “look at what options there are, and how we can invest and support the sector and coastal communities”.

Ireland would have to “find ways” to address the unfair burden at European level, he said, and to “get fish back”.

“But there is no doubt that coming out of Brexit, there is a readjustment of the European  fleet in terms of quota readjustments.”

“ We carry the biggest burden in proportion to other member states which have taken a burden as well – the Dutch at 10 per cent for example, and the French at eight per cent,”he said.

He says the government hopes to “try and find ways to address this” and seek additional fishing quota for the fleet.

“Across the European fleet, there is a reallocation ..we can fight about the size of that burden but there is undoubtedly going to be a burden, and we have look to mitigate that, and will be informed by  the advice of task force in how we do that,

He suggested it was almost inevitable that once Britain had put the fishing industry and reclamation of its waters “front and centre” of the Brexit campaign, there would be a negative outcome for the seafood industry and coastal communities here.

He defended Ireland’s decision not to use a veto, in contrast to France which had clearly threatened it – in spite of the French fishing industry’s small influence in terms of gross domestic product.

“We saw  the difficulties experienced by some of our Northern Irish registered boats in terms of access to ports”.

“This was a very small proportion of our national fleet  – so   imagine the scale of what the challenge would have been if all our fleet didn’t have access to British waters, “The fact is that a  “no deal” was  avoided.”

“It was a  tremendous disappointment that fish was contained within deal, and involved a 15 per cent quota loss to Ireland,”he said. “We fought really really hard at all stages, working with one voice and one approach with the sector and in  very close collaboration and co- operation  with them”.

“The unfortunately reality was that it was unavoidable that some level of fish ended up as part of that deal,” he said, and it was “most disappointing” that Ireland took a greater hit.

“All member states drove a very very hard line right throughout the negotiations. but I think there was recognition there at the end  that unfortunately, it was unavoidable that fish had to be part of the… some level of fish had to be part of the agreement if there was to be a deal, and that was unfortunately the final reality, and unfortunately there was a disappointing outcome, very very disappointing outcome from our point of view in terms of fact that there is more of a burden on ourselves than some other EU member states, and that’s something that we recognise..”

Mr McConalogue  also  rejected criticism from the fishing industry that he had not met EU Brexit negotiator Michel Barnier at a critical period from November 27th to relay the Irish industry’s concerns.

In response to a parliamentary question tabled by Independent TD for Donegal, Thomas Pringle, he gave dates of four meetings he had participated in with Mr Barnier as part of the “group of eight”, involving Ireland, France, Germany, Netherlands, Belgium, Spain, Denmark and Sweden on the EU-UK Brexit negotiations.

There was no meeting between November 27th and January 20th, he confirmed.

However, Mr McConalogue said there  was “ongoing engagement at all stages between the Government and the [EU] task force in relation to advocating our national interests, and co-ordinated obviously through the Taoiseach’s office”.

“The British position was they were looking for full zonal attachment – as in all fish caught by non UK boats, they wanted 100 per cent of that. They wanted control of waters, and they were holding out in terms of reciprocal access, while the EU didn’t want to concede any fish”.

“ As it  came to the end, the task force realised there would have to be some fish on the table for there to be a deal. Britain wanted 100 per cent and got 25 per cent, and continued reciprocal access to waters,” he said, in spite of the fact that Britain had “pressed the nuclear button” with Brexit in the first place.

He noted that there had been a “very bad reaction” in the British fishing sector. But from my perspective and the EU perspective, giving 25 per cent was too much. “There was a strong willingness there and on part of government  – while working for a deal – to support sectors that would be affected, and central to that is fisheries. The deal has avoided many of the real damaging aspects to sectors of the economy impacted by a “no deal” scenario”.

Asked to respond to a call by former BIM scientist Dr Peter Tyndall for Ireland to take a legal case against  the EU, employing the best legal expertise, Mr McConalogue said that Ireland’s approach to the CFP review in 2023 was part of the remit of the seafood task force.

Over the next 18 months, the review of the CFP is going to be ongoing, and I am bringing the minds and collective wisdom of our sector together in the task force.

“ Part of their considerations will be on advising on ideas and mechanisms and options on burden share and the CFP review to seek to ensure we have the best possible outcome in terms of quota. Every member state is exceptionally protective of the fish share they have, as we are, but I at each council meeting since the deal have been clear that my first priority is to seek ways to address the burden on us in  the short term”.

“ But on the CFP, as well, I  intend to work very  closely with sector – as I have at all times – and we are working on quotas for the year ahead”.

Asked about the exclusion of his department from the marine planning bill questions and the fact that marine protected area designation is being handled by the Department of Housing, Mr McConalogue said he was “working closely” with this latter department.

“It also very much a priority of mine is in relation to how we continue to deal with aquaculture licensing and the inshore, I am very keen to ensure we have best capacity to develop that sector.  We are still finalising and engaged in relation to final outcome of that bill… and my priority is to ensure there is a system most suitable for developing aquaculture”.

He concluded by saying  Ireland was continuing to engage with both the Scottish and British governments on Rockall.

“We are  holding firm that we have traditional rights within Rockall’s 12 mile zone and we are hoping for diplomatic solution”.