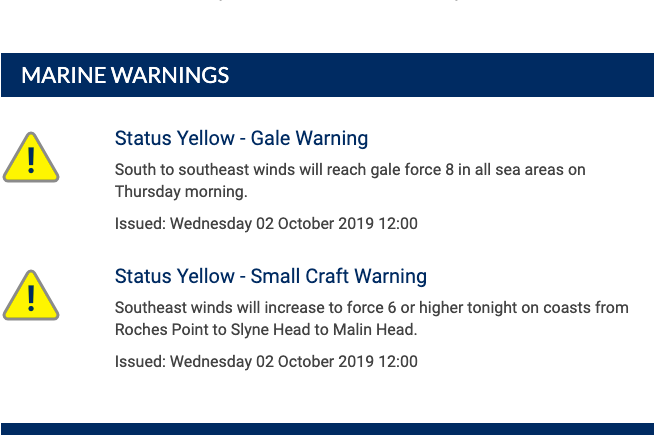 The Minister for Agriculture, Food and the Marine Michael Creed T.D. today urged fishermen, farmers and people in rural areas to be extra vigilant and take precautions as Storm Lorenzo approaches the country. The exact impact of the storm is yet to be determined but it is important that sensible steps are taken in advance rather than when it arrives.

“I urge farmers, fishermen and all people in rural areas to ensure that they are ready for the approaching storm and ask them to follow closely the advice of the authorities particularly for those in the worst affected counties. Priority is obviously the safety of people and I would reiterate the advice that care should be taken,” he said.

Fishermen, he said, should take particular care as the force of the storm will be felt most along the western coastline.

The Minister also confirmed that the Department is participating fully in the National Emergency Co-ordination Group.

Met Éireann is issuing periodic updates on its website https://www.met.ie/

Links to updated information throughout the storm will be available at https://www.gov.ie/lorenzo.