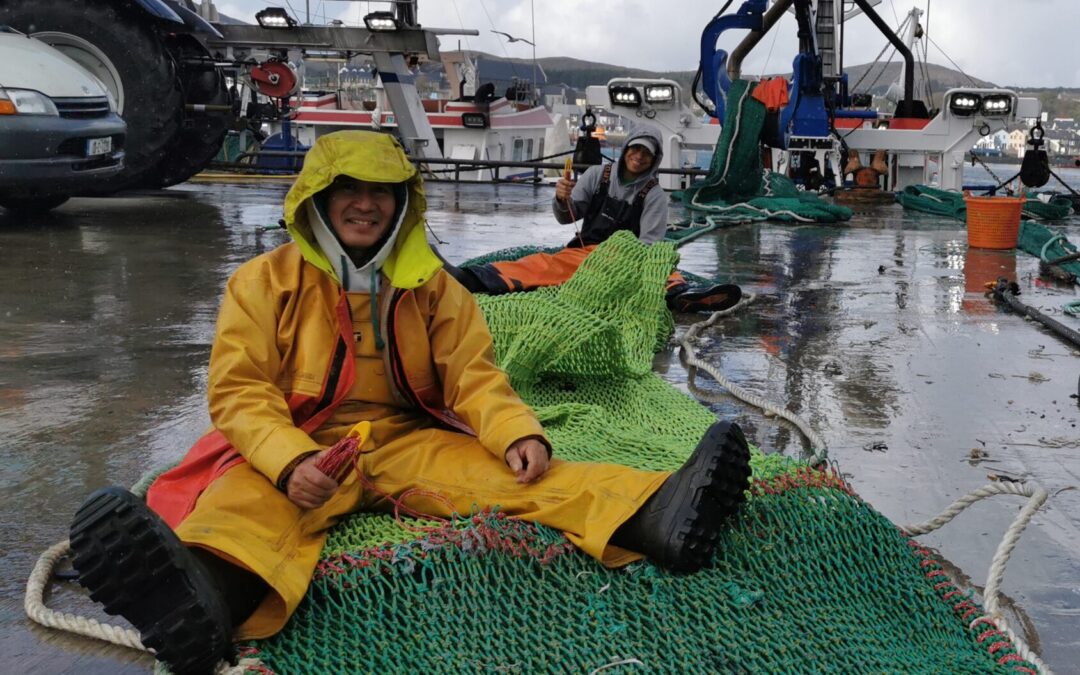 The Irish Fish Producers Organisation (IFPO) has unequivocally welcomed the new permit scheme which will give non-EEA migrant fishermen the same rights as EU crew members. IFPO chief executive, Aodh O Donnell says their members lobbied for the change and are delighted it has now finally come into effect.

The Department of Justice confirmed the new arrangements this week. Under the new scheme, all holders of a current valid permission to work as a non-EEA Crew member under the Atypical Working Scheme (AWS) in the Irish Fishing Fleet expiring on or after 1 January 2023 will be granted a Stamp 4 immigration permission.

The new arrangements provide for legislative changes for non-EEA Crew in the Irish Fishing Fleet and to assist in the transition period to the Employment Permit system.

O Donnell says this award of Stamp 4 permission ” is a critical and much embraced change to the status of Crew employed in the Irish Fishing Fleet under the auspices of the problematic Atypical Working Scheme.”

“Our members have worked hard with us, as a representative body, to support the right of all non-EEA migrant fishermen to fair treatment and for fit for purpose permitting. This is positive news with the introduction of measures to protect migrant fishermen and to grant them the full rights and entitlements under Employment legislation. This legislative change gives qualifying non-EEA crew the same full entitlements as EU crew and the option to avail of the share-based remuneration. Furthermore, the process of permitting is streamlined for both crew and vessel owners. Costs of administration are also radically reduced to the benefit of all stakeholders’’

‘’In this regard we highly commend Minsters Charlie Mc McConalogue at the Department of Agriculture Food, and Marine and Damien English at the Department of Enterprise, Trade and Employment. They must be credited for sound leadership and for spearheading this much needed legislative initiative. In addition, we should point out that the seafood sector worked together and engaged proactively with the various government departments over the last year to deliver this outcome. The cooperation and support of the Civil Service is a paradigm for what can be achieved in the process of open, focused, and constructive engagement.”

Niall Connolly Chairman of the Irish Fish Producers Organisation adds that ‘’we have been consistent in saying that our crews are the backbone of the traditional fishing activity. Ours is a professionally operated sector, committed to international best practice. These employees have valuable skill sets that are critical to our business and are much prized. We have shared goals, and we strive for continuity and international best practice’’.

Barry Faulkner, Director of the Irish Fish Producers Organisation also acknowledged the support of the Minister for Marine and the delivery of an undertaking at a Protest meeting held in Kildare Street on May 18th last year. ‘’Our vessel owners were joined in solidarity with our migrant crew colleagues to support them in a protest at Leinster House. This initiative was led by crew and skippers alike and aimed to raise awareness of much-needed legislative change to current permit schemes. The protest meeting was addressed by Minister Mc McConalogue. Whilst there are some technical implementation considerations, the Minister has delivered on an undertaking given to vessel owners and crew on that day’’. 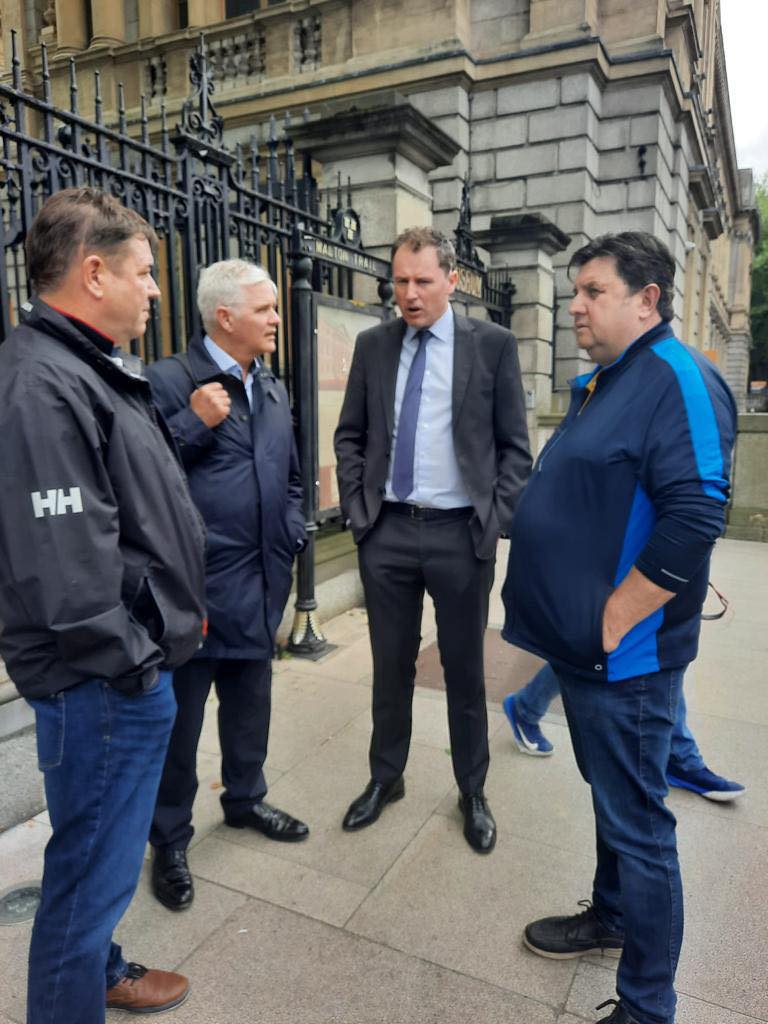 Aodh O Donnell says the “partnership with the crew members underpins the performance of our vessels to ensure a shared long-term future in a challenging international environment. This fit for purpose permit scheme is a key element of this universally welcomed change’’.