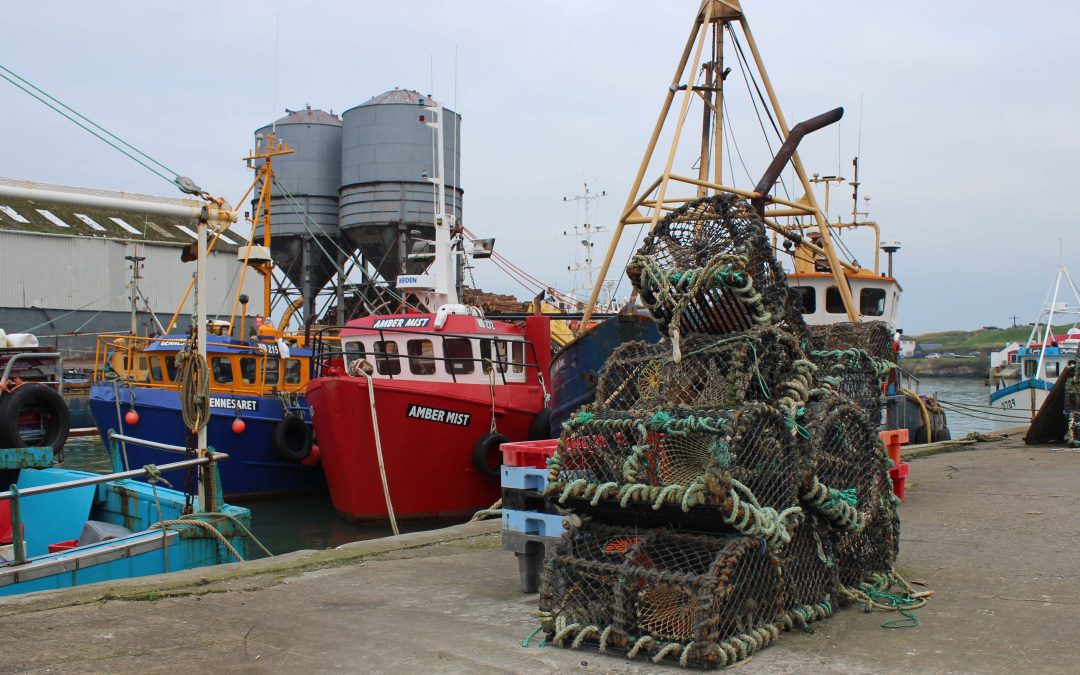 Researchers at the Marine Institute are calling on fishermen from around the country to participate in a new project aimed at reducing unwanted catches across harvesting practices, in an ecological, economic, and socially sustainable way.

The project, IFISH, will use a behavioural approach involving near real time on-line mapping of unwanted catches in order to simultaneously help fishers adhere to EU quotas and promote sustainability of fish stocks. Effectively the system aims to help fishermen reduce the amount of catch they don’t want, avoiding discards. The project is funded by a Science Foundation Ireland SIRG grant.

According to Dr. Julia Calderwood, Principle Investigator on the project, over the past few decades fishermen and the wider public began to realise that discarding of fish was a significant issue throughout fisheries worldwide.

“Discarding is the throwing back of dead or damaged fish into the sea, which can undermine sustainability,” she says. “That’s why legislation was introduced by the EU meaning the discarding of many fish species is no longer allowed.”

Dr Calderwood explains that quotas are set on how much fishermen can land each year. This is rolled out initially at an EU level and is thereafter divided out between the member states to manage their own stocks accordingly. In that way the species populations should be capable of replacing themselves.

In order to adhere to quotas, fishers adopt an array of solutions that help increase selectivity in a fishery. Technical measures include using more selective nets such as those with larger mesh sizes or escape panels so that unwanted catch aren’t retained in them. However, marine researchers around the world are now considering ideas at a more sophisticated level of planning. For example, scientists at the Marine Institute have previously worked on a project to develop probability maps to help understand where and when the species subject to quotas were most likely to be caught.

“The maps didn’t reveal anything truly surprising,” says Calderwood. “fishermen told us that they were generally useful as a reference tool, and broadly agreed with their own knowledge. But they were limited because they were based on catch information collected over broad areas, and over broad timeframes or seasons.”

“So, the fishermen said it might be something that they would check in on every now and then, but the maps weren’t going to be used every day, because they weren’t giving them the up-to-date information on where the fish are right now.”

Dr Calderwood and her team then decided to try something more innovative. The idea is to create a mobile phone app using a near real-time mapping system to provide advice to fishermen about where they might avoid fishing to not catch unwanted species or sizes of fish, helping them to stay within their quotas and improve their catch efficiency so they are still making a viable living.

“That’s the IFISH project,” she says. “The idea is for skippers to provide live information on unwanted catches they encounter using our app. So, for example, they could log in and very simply and easily click on the map to indicate that, say, right here, right now, we’re catching lots of something that we don’t want, like undersize fish or species which aren’t marketable.”

“The app would then create an alert that would be shared among vessels who are signed up to use the app together, helping them to avoid areas with this unwanted catch. It’s a win-win situation for everyone, but we need fishermen to help us by signing up to help develop and test the app.”

The project aims to have an app in use during 2022 but is currently designing what is needed for this app alongside industry so that the final product best addresses their needs. The project is currently asking fishermen to sign up and join in the design process. Further information and contact details can be found at www.i-fish.org