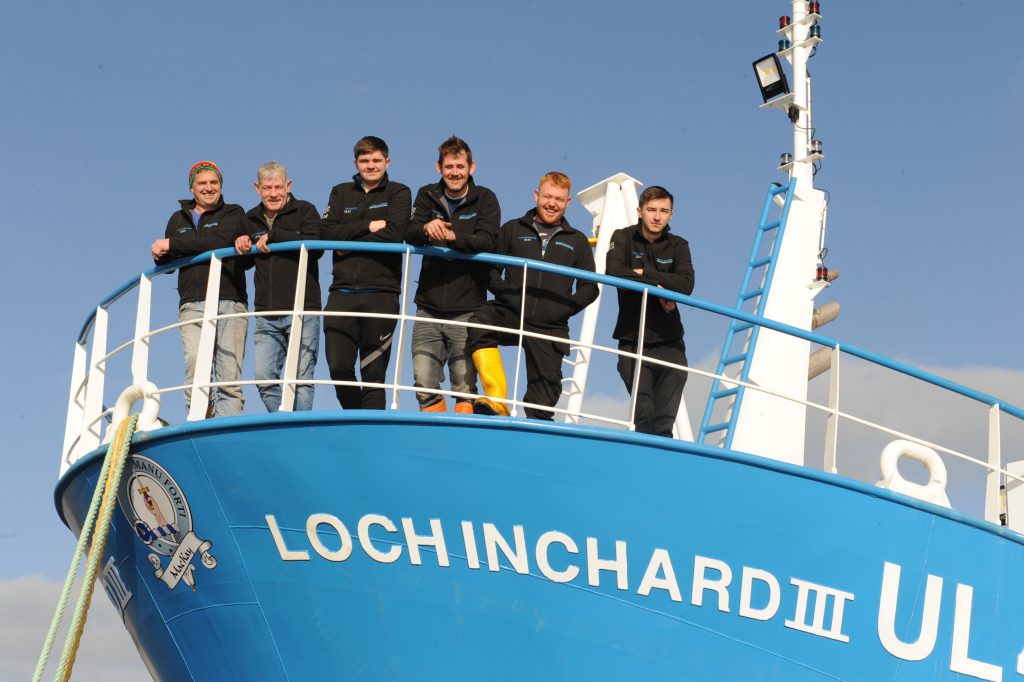 Skipper Ian Mackay and his crew steamed Loch Inchard III home from Polruan in Cornwall to Kinlochbervie through some windy weather, reporting that the new trawler performed well and was comfortable.

Loch Inchard III replaces the Mackay family’s Loch Inchard II, a wooden-hulled trawler that was built for them in 1984, making the switch to a new steel trawler a real leap in terms of comfort and efficiency.

According to Alasdair Honeyman of Marine Design International (MDI), this is a design derived from the successful Napier designs of Oruna and Demarus originally developed by the Napier company, which subsequently became part of MDI, and this design is under the MDI Napier name.

He said that when Ian Mackay came to them for the design of a new trawler, he was looking for a greater level of crew comfort and enough bollard pull to tow a pair of trawls effectively.

‘We carried out a bollard pull test at the yard in Polruan and the predicted 11 tonne pull turned out to be a steady 12.20 tonnes,’ Alasdair Honeyman said.

‘It’s the first of its type, and while Loch Inchard III is bigger than the trawler it replaces, it’s not the biggest in its class. This is the biggest MDI fishing vessel design for UK waters for around twenty years.’

This is also the largest new build to emerge from the C Toms & Son in Polruan. The 19.70 metre LOA Loch Inchard III has been built from a kit, CNC cut and rolled in Holland and trucked to the yard in Cornwall for assembly. The new trawler turned out to be too big for the yard’s construction hall, and while the hull was put together under cover, it had to be brought outside for the wheelhouse to be lifted into place.

Loch Inchard III has a 478kW at 1600rpm Baudouin 6M33.2 main engine and a 295kW Baudouin 6W126 APU, both supplied by Proteum, the UK and Ireland distributor for Moteurs Baudouin, plus Watermota supplied a Doosan AD 136TI developing 80kva at1500rpm. All of these are raw water cooled. 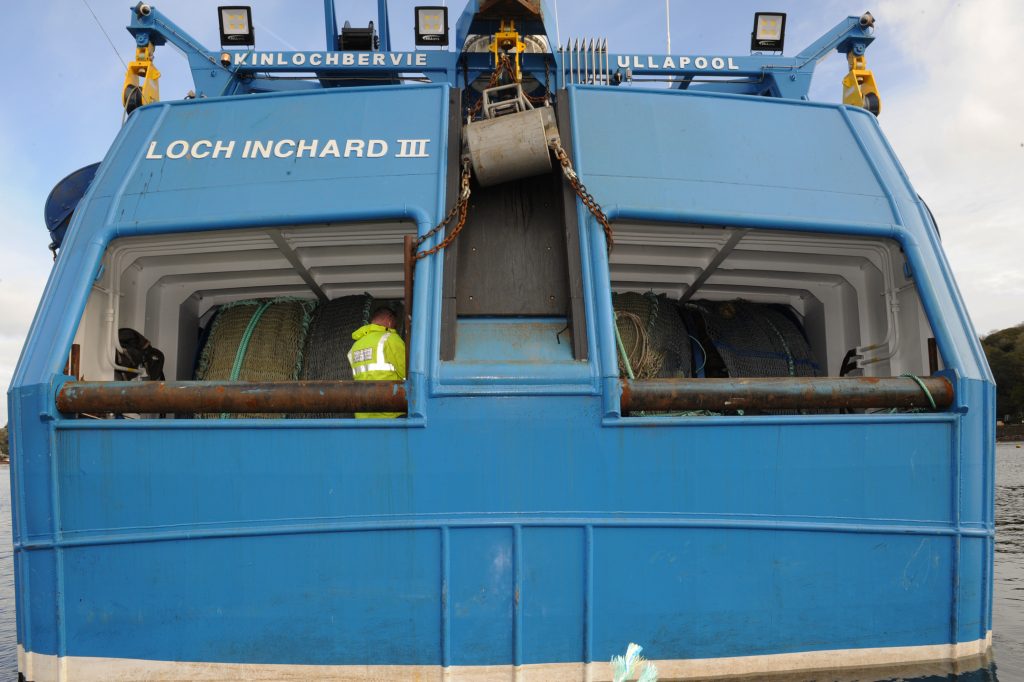 The Baudouin main engine powers a Reintjes reduction gear to turn a 2100mm, four-bladed propeller inside a double curvature high-efficiency nozzle, both supplied by Kort Propulsion, who also delivered the triple foil section rudder and the KT-120 hydraulic tunnel thruster. Steering gear is from Wills Ridley.

Placing the engine room forward, on the Oruna pattern, brings a number of advantages. This puts the fishroom and tank space amidships, making trimming the vessel much easier, plus it moves engine noise as far as possible from the accommodation area.

‘This moves noise, fumes and heat away from the crew, which provides them with more comfortable accommodation. The crew have told us that there’s no engine noise in the accommodation – and crew comfort was one of the main requirements in designing Loch Inchard III,’ Alasdair Honeyman said.

‘The forward engine room is a departure from recent trends and although this comes with some compromises in machinery space and exhaust routing, it is fundamental to the clean hull lines aft and the reduction of trim throughout each trip so that the carefully considered hull continue to perform when loaded, hopefully to a deep draught.’

Accommodation is laid out with a galley/mess area and a skipper’s cabin with en-suite facilities at deck level, and three two-berth crew cabins below. 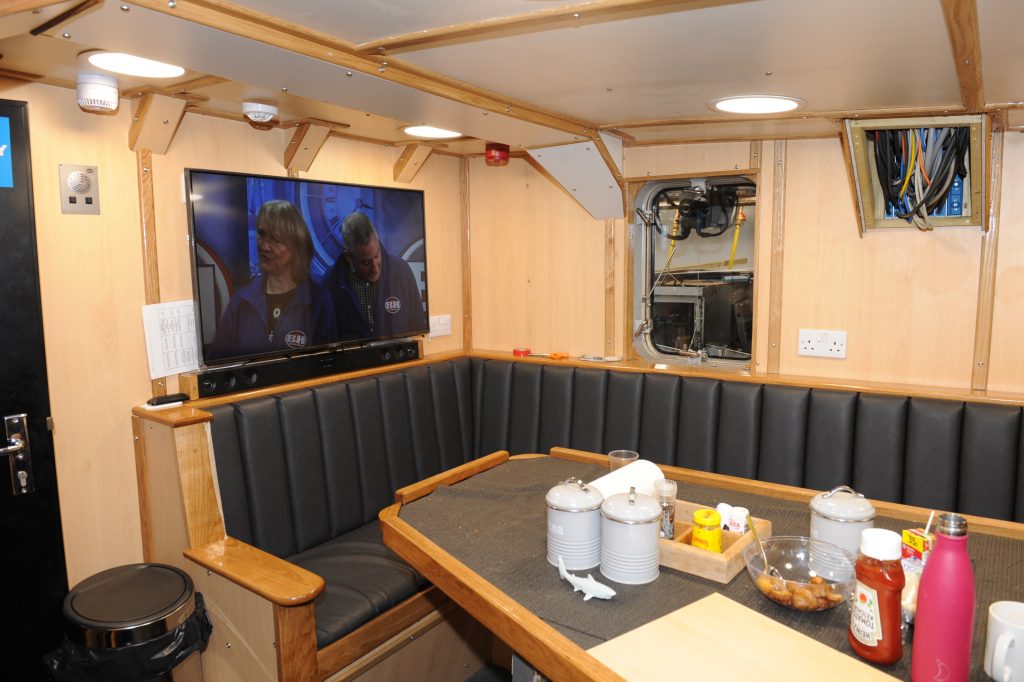 The deck equipment is from Thistle Marine, with a pair of 12-tonne, 3TW-12 single barrel winches located forward under the shelterdeck, while the mid-wire winch is located under a shelter behind the wheelhouse. All three are controlled by a Scantrol autotrawl system. Trawl blocks and sheaves are supplied by Flemings Fairleads (F.R. Belbin)

The twin 10-tonne SND-20 split net drums have a 2.20 metre outer diameter and are located at main deck level. A 13t/m Thistlelift MKB13 powerblock crane is mounted on the gantry aft with a reach over every area of the trawl deck aft.

A gilson winch lifts the codends over the hatch on the starboard side for catches to be dropped into the hopper below, and a 6t/m Guerra folding knuckleboom landing crane type M65.20A1 is mounted on the port shelterdeck top for discharging iced catches from the 500-box capacity fishroom.

“Iain Mckay, owner of the Loch Inchard III has been a long-standing customer of Echomaster Marine with his previous vessel : Loch Inchard II ; and it was a privilege to have him entrust his new-building Electronics to Echomaster Marine. Building a new vessel in Polruan Cornwall at the opposite end of the Country from the vessel’s home port and Echomaster Marine’s Offices in NE Scotland was certainly a challenge given the current climate. However, Echomaster Marine engaged with the builders – C. Toms and Son and the various 3rd Party Contractors to ensure the Electronics were ready well before actual Sea-Trials took place.” 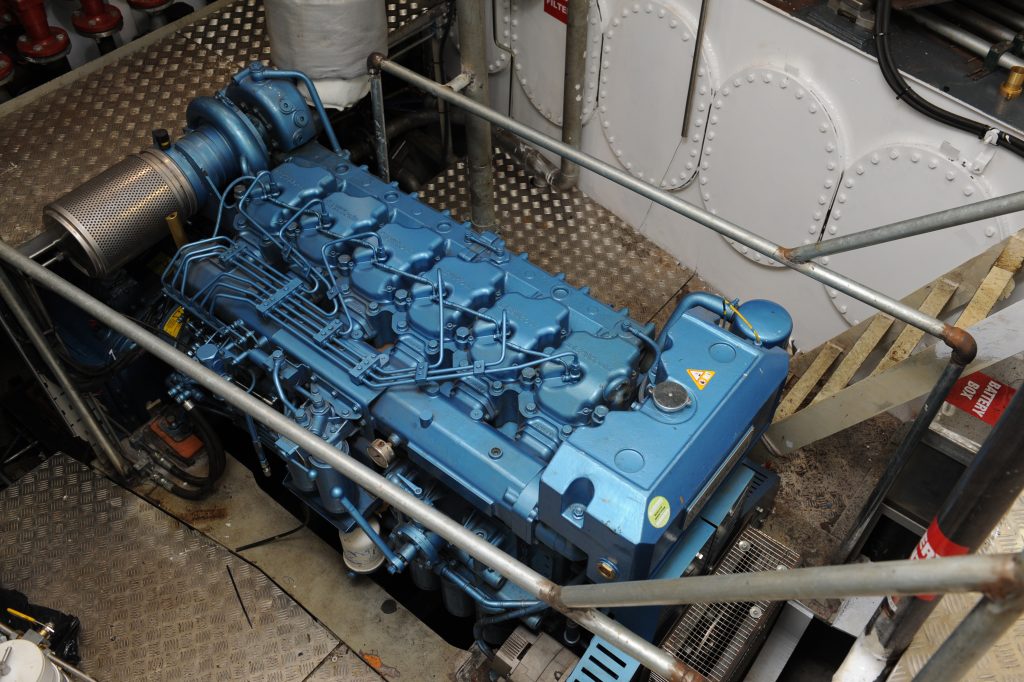 1x HIKVision 16 channel NVR with 13 Cameras in various Deck and Engine Room Locations, including a camera in the shaft tunnel to observe the Deep-Sea Seal on the Prop Shaft. 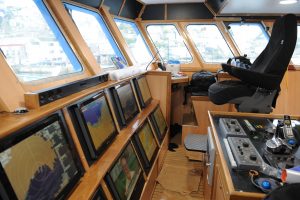 The Skipper would like to wish Ian Mackay, the crew and family every success and good fishing with the Loch Inchard III 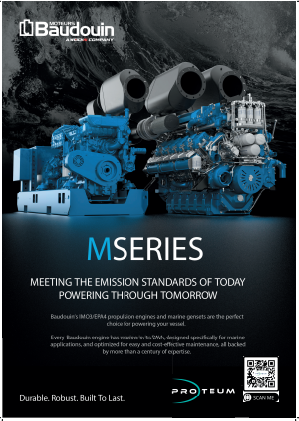 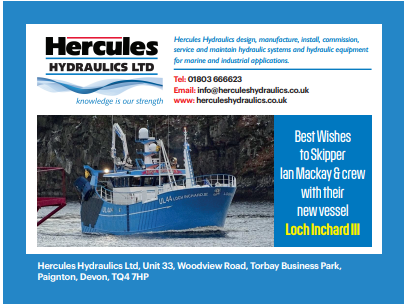 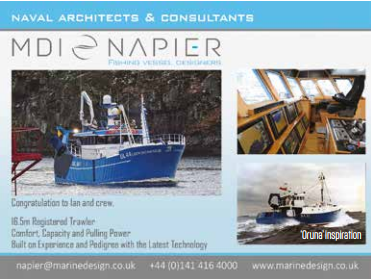 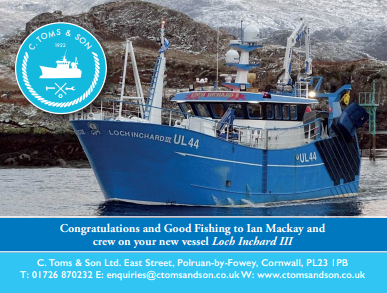