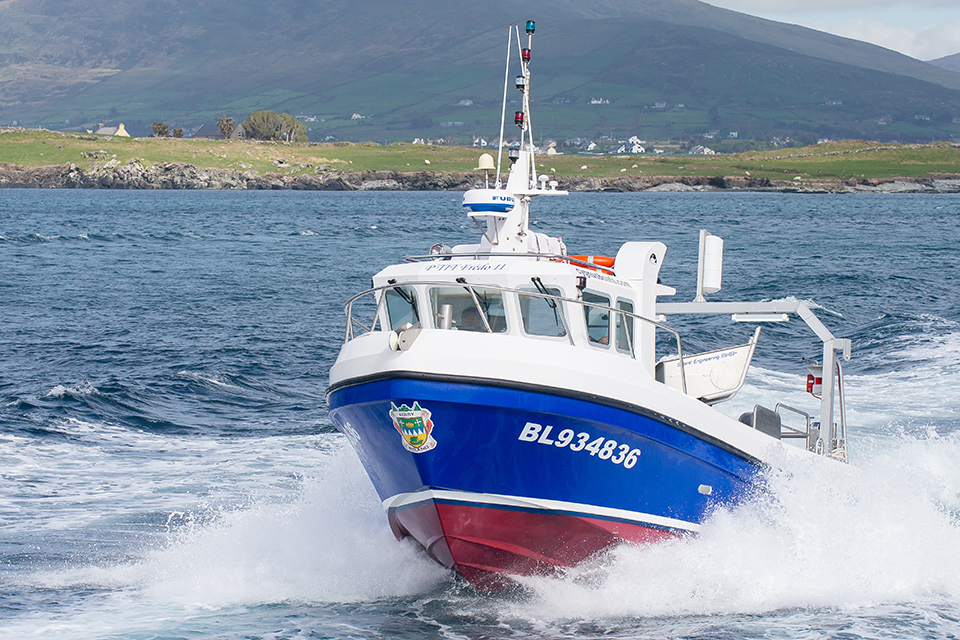 Built for La Turballe skipper, Renauld Longcote, with a bulbous bow Lisa Jules has an overall length of just under ten metres, a beam of 3.8 metres and a draught of just over a metre.

Renowned for their stability at sea, work on the Cygnus Cyclone FC33 commenced in the summer of last year and was completed in just over nine months, with the vessel going into mould the first week of June 2019 and undergoing sea trials on February 20th of this year.

Boasting accommodation of 2 berths forward, the forward control Cygnus Cyclone 33 has been built to comply with French regulations.

The engine’s front end powers two 1.5in Jabsco water pumps, the first being a dedicated deck wash and fire pump, the second for bilging all watertight compartments via an ondeck manifold.

Built for potting, the hydraulic pump, which can also be used to empty the tanks when needed, provides a constant flow of water to the vessel’s two vivier tanks which are located one in front of the other forward of the engine room bulkhead.

The engine room is accessed via a Dog-house to port which also houses the vessel’s battery switches and brings in ample air for the engine. To comply with French regulations all the vessel’s bilge, seawater suction lines and fuel lines are done in stainless steel.

The boat is also fitted with an engine room CO2 fire-fighting system, located in a bespoke module at the back of the wheelhouse.

On the build, FM Marine Service said, “We want to thank Renauld for recognising the calibre of our brand and trusting in our hard earned reputation. We also want to wish Renauld and his Family a safe and successful future with his new boat.”

The P’TIT Fredo II, which will fish out of Étaples-sur-Mer fishing for pollock, cod and bass, is a new venture for French skipper, Frederic Fournier.

Work on the Cygnus Cyclone 26 FC which measures 7.95 in length, has a beam of 3.35 metres and a draught of a metre began at the end of May last year, with sea trials carried out early this March.

Driven by an Iveco NEF 6.70 main engine connected to a twin disc MG5061A gearbox, both supplied by Joe Kirwan, powering a Clements propeller, the vessel is also fitted with a variable displacement pump driven from the gearbox PTO providing the vessels hydraulic power.

Driven off the engine’s front end is a 1.5in Jabsco pump with magnetic clutch, which doubles as a bilge pump to all watertight compartments via an ondeck manifold and can also be used as a fire pump.

Again built to French standards, boasting accommodation of 2 berths forward, the vessel was fitted out to the customer’s bespoke requirements. The vessel’s fish hold is located under the wheelhouse floor and can be accessed by a 600mm x 600mm flush deck hatch.

Intended for line fishing, trolling, long lining and netting, the P’TIT Fredo II has triple station controls, with the main helm position to starboard in the wheelhouse, the second on the port gunwale aft of the port side Solent Engineering SSHO3 net hauler, and the third to starboard on the aluminium gantry.

The vessel has also been fitted out with two Derek Noble supplied Spencer Carter 1 ton Dredge winches which will haul the small trawl, which will be used to catch sand eels to be used as live bait for the line fishing, via the lightweight aluminium gantry. Both winches are controlled from a console at the back of the wheelhouse. Safety equipment onboard was supplied by CH Marine.

Speaking to The Skipper boat builder Fionán Murphy said, “We want to thank Frederic for choosing the expertise of FM Marine and also to wish him and his Family a safe and successful future with his new boat.

The Skipper team would also like to take the opportunity to wish both skippers, their crews and families every success and safe fishing with the new vessels. 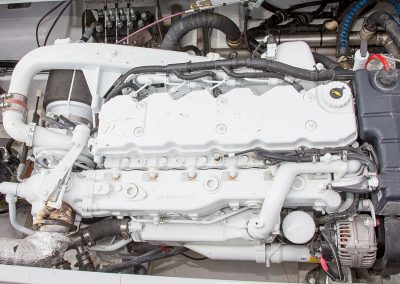 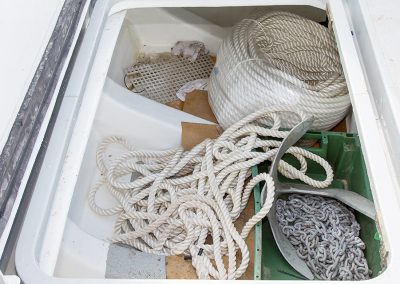 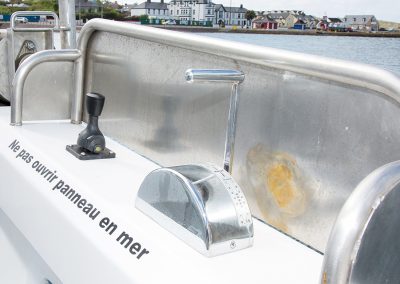 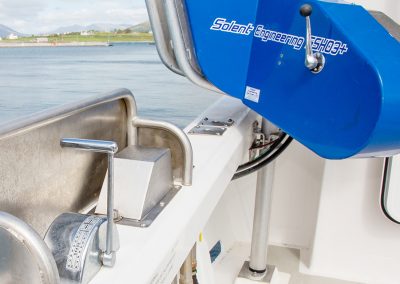 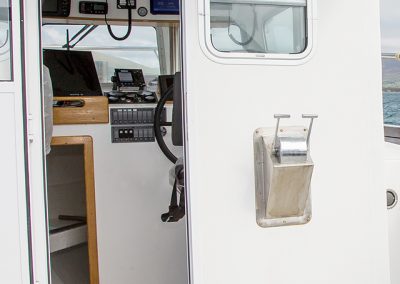 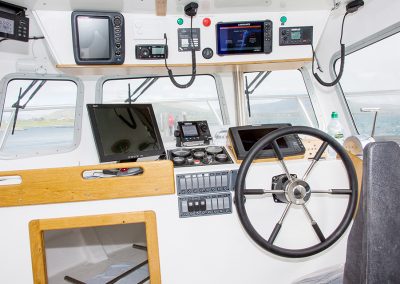