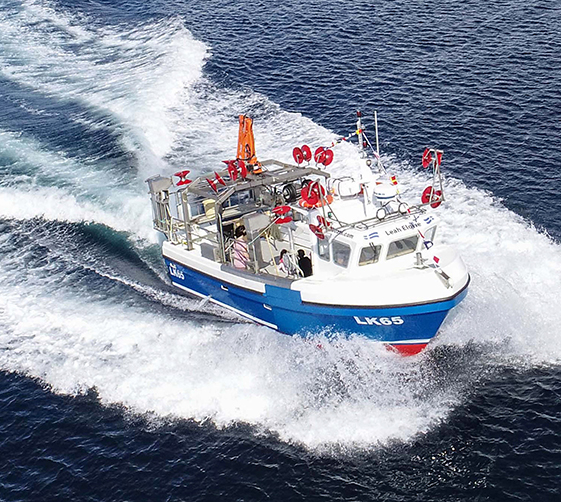 Last month, Victor Duncan’s new Murphy Marine Services built Leah Eloise, made the long journey home from Valentia to Shetlands, where she will soon start fishing for mackerel before turning to cod for the winter. Renowned for their stability at sea, the Cygnus Cyclone has an overall length of 30 feet, a beam of 11 feet and a draft of 3.2 feet. Powered by a Doosan L086TIM connected to a Twin Disc MG5065A gearbox, both of which were supplied by Christopher Hannon, the vessel’s propulsion is supplied by a Clements Marine 4 blade 26-inch prop.

The wheelhouse was kitted out with an impressive package by Scalloway’s H Willimson and Sons which includes:

Accommodation on the Cygnus is provided by 2 berths forward. Mackerel gear onboard was supplied by Peterhead’s Seagate Fabrication. Cod nets they made themselves.

With the mackerel season in full flow, Victor hasn’t yet sold his old boat. However, once she starts fishing, the Leah Eloise, which is named after his two daughters (Victor also has a son, Jeemie), will replace Victor’s current 23 footer the Lesley A. Victor told The Skipper that the Cyclone 30 was just the step up he was looking for.

With a much larger deck area, greater speed and stability, the seakeeping capabilities of the new vessel, says Victor, are much greater – which makes her a safer boat which, he told The Skipper, will be much welcomed come winter and he’s fishing the cod nets, oftentimes with a small weather window and the chance of getting caught out with a freshening forecast.

And the Cygnus Cyclone 30 got a chance to prove her seakeeping capabilities as they steamed home to Shetland.

On their way from Ireland, Victor and his brother in law, Brian, stopped in Baltimore for fuel before steaming as far as Dunmore East, where they made another fuel stop and waited for the tide up the Irish Sea.

Though they hadn’t intended to stop in Dunmore they thought that, with it being a fishing port, they were likely to get some sound advice on the next leg of the journey there. Which they did from fishermen on the pier readying their boats for sea, who told them how to take the tide up the Irish Sea and exactly the right time to leave at.

Victor told The Skipper they were very glad to get some information from the local fishermen, who “were a helpful bunch of guys.”

After that, they made a quick stop into Ardglass, before heading through the Caledonian Canal and up to Peterhead, where they stopped to have the mackerel gear fitted by Seagate Fabrication.

With some alterations to the rails of the boat, gear fitted and a weather window opening, they made the run up north towards Orkney and then across to Shetland, just in time to see the weather break again.

For the most part, the journey was fine said Victor, who also holds a deep-sea licence earned during a time working offshore.

“The journey from Valentia up to the Caledonian Canal was really beautiful weather. It was a really still, settled spell of weather so we couldn’t really complain.

“There was some 20 knot winds and a bit of swell off the mouth of Bantry Bay, but it was nothing that the boat couldn’t handle. So, very impressed with her seakeeping capabilities.”

ON FISHING, SEALS AND BREXIT

Victor, who has been fishing since he was 16, comes from a big fishing family and has been at sea for the best part of 30 years now, one way or another, having spent a decade long stint working on the offshore before coming back to fishing again.

“My mother’s side and father’s side are all fisher people,” said Victor, who also spent some time over the course of his career fishing with Paddy Owenie, out of Castletownbere on the Karen Rose.

Once the mackerel season ends, Victor who mostly fishes single-handedly on his own boat—but is sometimes accompanied out by his father, a retired fisherman himself—will turn to cod netting, as he has usually done with the old boat. His father, he told The Skipper, has always been keen of the cod fishing, less of a fan of the (sometimes long) mackerel game!

They made up the cod net themselves, setting them up in the way they have found works best for them and his father hand rigged them himself through the last winter. The netting came from China and was ordered in bulk from South East Netting in England. The float lines were sourced in Finland, the lead lines from South East Netting.

“Fishing is pretty good at the moment,” said Victor. Some of the boats have been getting good catches of mackerel, and he’s excited to get out to try the new gear—4 Belitronic machines and four strippers that will give him four lines and a new satellite sonar to with a 360 view to look for the mackerel—as soon as he can.

Though until now Victor has been fishing cod about three to four miles out, he says with the Leah Eloise there could be potential to go further. “Some of the guys jigging for cod are going much further from the harbour – up to twenty or thirty miles.”

Victor, who—when he’s not on his own boat – is one of the crew on the Radiant Star, will fish the Cygnus on his days in from sea, day fishing from his home port of Hamnavoe, landing into Scalloway Market.

The Leah Eloise will, however, be berthed in the marina in Hamnavoe when she’s not out.

Though the road from Hamnovae to Scalloway is only some six miles, it makes much more sense and will be quicker, says Victor, to land directly, if he can, straight into the new market in Scalloway and steam back out to berth at home.

That’s why he wanted the small crane he had installed on the boat. His mackerel is mostly bought at the market by a private buyer, Simpson Fish.

Victor also chatted seals and Brexit with The Skipper. “We do have problems with the seals taking mackerel off our lines and following us around sometimes,” he said. “There’s lots of seals up this way.”

“If we’re fishing on a spot of mackerel and a seal comes on it, that’s pretty much the end of your fishing,” he said. Though he also said the problem faced by him was not so big, in comparison to anyone working with static gear.

On Brexit he said, “It’ll be what it’ll be. That’s all you can say about Brexit. I don’t know what it’s going to be to be honest with you. We’ll see what comes out of it.”

“The goalposts have changed lots of times since Brexit was announced. So it’s going to be one of those things that you have to see and just have to hope that it doesn’t have too much of an effect on a lot of the good markets that’s been built up for fish over the years.”

Brexit and seals aside for now, however, with respect the Valentia build, Victor said he was very happy overall with the new vessel.

Speaking to The Skipper, Fionán Murphy of Murphy Marine Services congratulated Victor on the Leah Eloise and wished him and his family many years of safe and plentiful fishing in her.

The Skipper team would also like to take the opportunity to wish Victor and his family every success and safe fishing with the Leah Eloise. 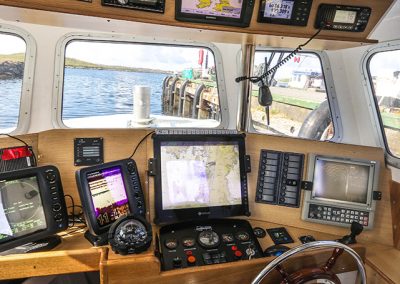 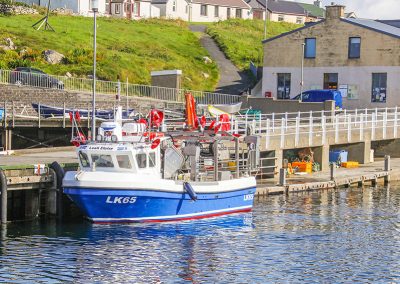 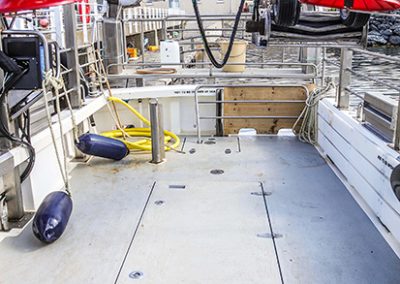 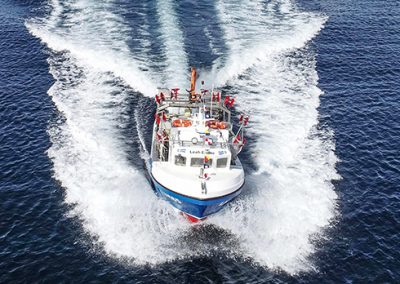 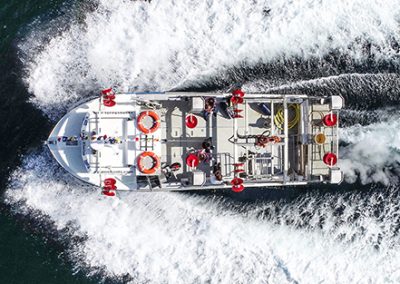