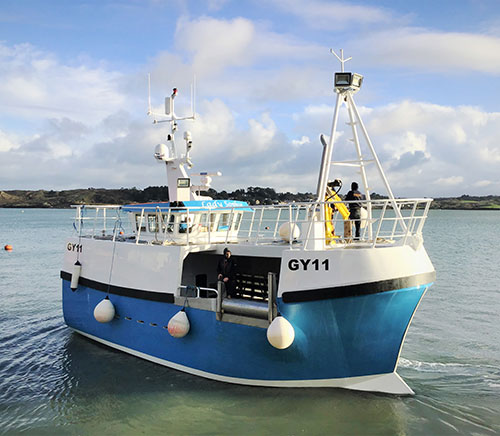 Recently completed by Padstow Boatyard for Fastline Shellfish Ltd, Lady Sophie GY 11 made her way home last month to Grimsby, where owner Darren Kenyon and sons, Josh and Danny, are busying making the final preparations on her, readying her for sea.

Designed by Gary Mitchell in collaboration with Pelagic Design, the new PB40 boasts a GRP heavy displacement hull and full shelter deck. 11.95m in length, the vessel has a beam of 5.4m and a draught of 2.75m.

Padstow Boatyard has been working closely with renowned fishing boat designer Gary Mitchell (who previously designed the GM series for Cygnus Marine) for some time now and are the only yard now building his latest range of designs.

Speaking of the new build, Will Claxton of Padstow Boatyard commented, “We were thrilled that Darren chose us for the build over much larger yards, we felt we could bring to the table a superior customer experience and high quality of build as well as having Gary Mitchell and Pelagic Design on board. Our guys have worked relentlessly to complete the build – the team and everyone involved in the project deserve a lot of credit”.

From start to finish, it took just over 12 months for vessel construction, starting with design and mould build stage in November 2019 to vessel completion in February 2020.

In terms of standout features, alongside the full shelter deck, the crabber features a beaked bulbous bow, high capacity 24m3 fish hold, large deck space, and ultra-low maintenance GRP construction – with all fittings in 316 stainless steel, giving the vessel a longer life and saving money on painting and repair. 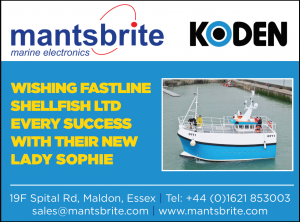 Wheelhouse and accommodation—comprising a 5 berth cabin, galley with seating area and a shower/toilet room—are situated aft. The hauler is located on the starboard side of the fully sheltered deck space, with shooting hatch in the transom. Fish hold with fitted sprinkler system is located below, with engine room forward.

Fishing for crabs, lobsters and whelks with a crew of 4, once Lady Sophie does get away fishing she will be skippered by Darren’s son, Josh with his other son Danny out on deck.

The new addition to Fastline’s fleet joins the family’s current vessel, the 1982 built 10m Sweet Water, which works the North Lincolnshire coast daily, potting for shellfish, which they land to their own company, through which they process and sell their catch.

A real family affair, Darren explained, “We’ve got our own factory, we’ve had it for ten years. It’s a family business, my wife and daughter are working there. When we started out it was a little family business, but it’s grew and grew”.

Working around 2000-3000 pots, the company does around 700-800 per day on their boat at the moment. To assist, the new vessel is kitted out with a 20” Spencer Carter hauler and HA21 Hyva landing crane. Ropes were supplied by Tysons, pots by John in Caithness Creels. “A very good pot supplier,” says owner Darren, “I’ve been with him years now. He makes a very good pot.”

About 90 per cent of Fastline’s product is landed off their own boats, though they do buy from smaller boats at times. Most of their markets are England based. “We do a lot down south, and a lot of places on the east coast where we are and then obviously we sell to people who sell elsewhere on market stalls.”

With 40 years fishing under his own belt, Darren’s father, Jim Kenyon fished on trawlers for over 50 years. Darren himself has been fishing since he was about 13, starting first in the River Humber fishing eels before heading out with his father on his fifteen footer, working their way from there to a nineteen footer, before Darren eventually took over when his father retired, working his way to here.

Darren’s existing vessel, Sweet Water, is a 36 year old fibreglass boat, and that was one of his main requirements with the new vessel. With steel, he says, once you get to about 10 or 12 years the vessel’s getting old. But with fibreglass, she’ll last. “Hopefully, she’ll last a good thirty years,” he says. “It’s a boat for the future really, so hopefully, it will be around for a while.”

Excited to get the vessel out to sea, and to see what his two sons will do with it, he explained, “It’s just in the last year my lad has been taking out the boat.” With one now in the wheelhouse, and another out on deck on the new boat, the other boat will also stay fishing. Darren plans to get some young lads onto it. “But I’m hopefully going into semi-retirement,” he laughs. “Hopefully!”

Delighted with the work done by Padstow, he said, “They’ve done a lovely job of the fibreglass and the hull”. With a much bigger feel than a 12m boat, he said, “We didn’t realise how big she was for a twelve metre boat, she’s massive. She’s really like a 14 metre”.

“She looks a comfortable boat,” I say. “Well, let’s hope so, we’ll never know until we get going in her.”

“So when will she get out?” I ask. “Hopefully Friday, fingers crossed,” he says.

The Skipper team would like to wish Fastline Fish, Darren, his sons Josh and Danny, and their crew every success and safe fishing with the Lady Sophie. 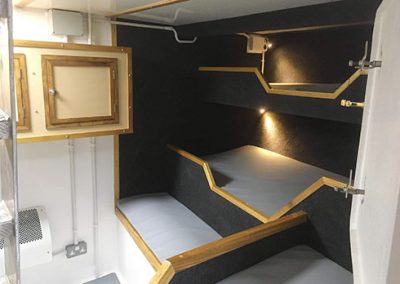 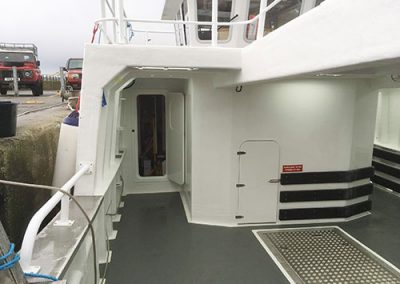 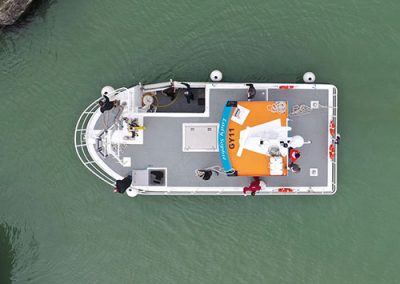 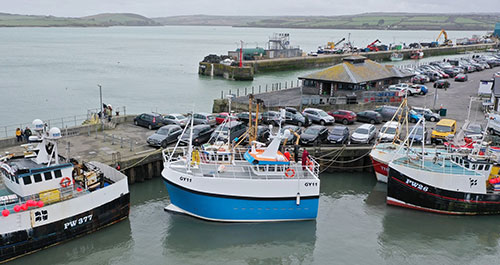 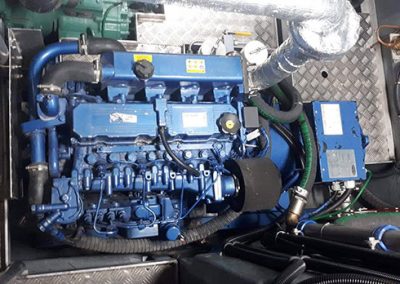 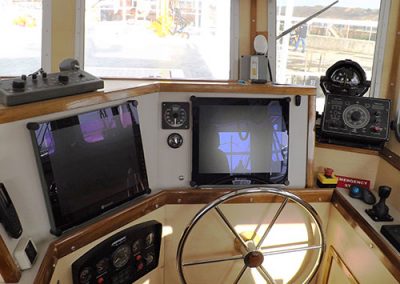