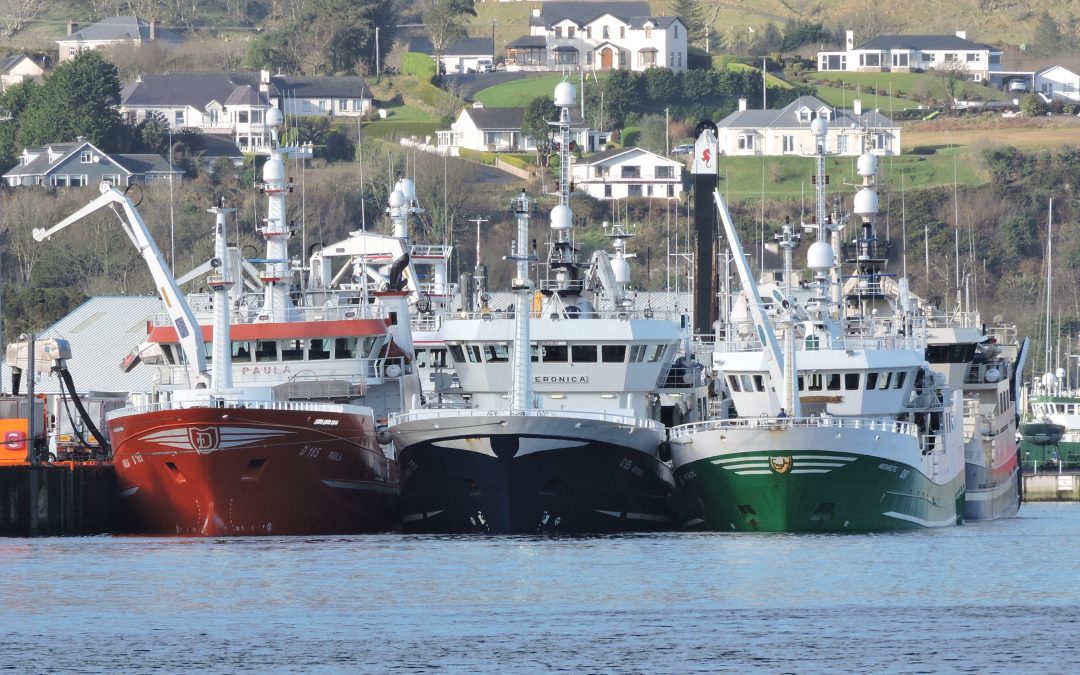 The Killybegs Fishermen’s Organisation (KFO) has reacted angrily to suggestions from the European Commission that there would be no reallocation of fish stocks between EU countries to ease the burden faced by Ireland, post Brexit.

Charlina Vitcheva, Director-General for Maritime Affairs and Fisheries defended the fact that Ireland is contributing €40million of the €184million of fish being transferred by the EU to the UK stating, “we’ve been trying to level out the burden between the member states concerned, but inevitably Ireland is so much closer and so much interlinked in terms of fisheries activities with the UK, so it is inevitable.”

However KFO CEO, Seán O’Donoghue has taken umbrage at the comments stating that this is an ill-informed comment that does not stand up to a factual analysis of the Trade and Cooperation Agreement (TCA) and there is no way that Ireland is going to tolerate a situation whereby its fishermen are thrown to the wolves on the double, as a result of Brexit.

“We have formally requested our Government to go back to Brussels and initiate an immediate process whereby the eight other EU coastal countries step up to the plate to take a proportionate hit on fisheries as part of the Brexit deal. We believe that the pain must be shared equally, as was stated by the European Fisheries Alliance (EUFA) when it set out in its mission statement that no single sector should bear a disproportionate burden once Brexit was done. The Government must redouble its efforts in light of Director-General’s poorly-judged remark.

“Brexit has resulted in a UK fishing windfall of €184million from the EU which consists of a staggering €40million – with mackerel at €26million and prawns at €7million making up almost 83% of this figure of Irish fish gift-wrapped for the UK. Based on a simple burden sharing equation with the nine member states involved, Ireland should be shouldering a loss of €20million – not €40million as was foisted upon us.

“There is a precedent for achieving this and it harks back to the mid-1970s when ironically, the UK benefitted from a process of reducing the percentage quota share of other member states in order to protect its fishing sector. It also benefited from the Hague Preferences which gave both the UK and Ireland additional tonnage of certain species. Burden sharing or ‘equalisation’ as it was known, saw Britain compensated for forfeiting certain stocks and grounds to the tune of 90,000 tonnes of valued at €80million which came from the other Member States.

“Our ask now is that the EU revisits this policy traditionally referred to as jurisdictional and third country losses/gains and Hague Preferences and applies the same rationale and fairness in order to render our key fisheries viable after the crippling and unsustainable cuts divvied out by Brexit.

“In the waters off Donegal alone for instance, an eye-watering 82% of stocks in tonnage terms – both pelagic (mackerel, herring and blue whiting) and demersal species (monkfish, megrim, haddock, cod and saithe) – have been forfeited to Britain in the crudest and most brutal example of how Brexit has shafted fishermen in the North West”,

“What’s perhaps most galling about the loss of mackerel is that the fish are spawned in Irish waters. While we cannot nor do not claim ownership of them, we’re now being discriminated against catching the fish off the coast of Scotland when they are in their prime and at their most valuable as a result of the 26% reduction in our quota. In essence, we’re providing the fish for Britain to net, we’re a ‘mackerel maternity ward’ for others to profit from. We now have a miserly share of 16% whereas the UK – mainly Scotland – has 70%”. stated Mr O’Donoghue.

He concluded his remarks by imploring the Irish Government as well as Irish MEPs to urgently redouble their efforts on burden sharing with the other member states and take the Commission to task in order to ease the crippling angst and sustained uncertainty being visited upon fishermen here.