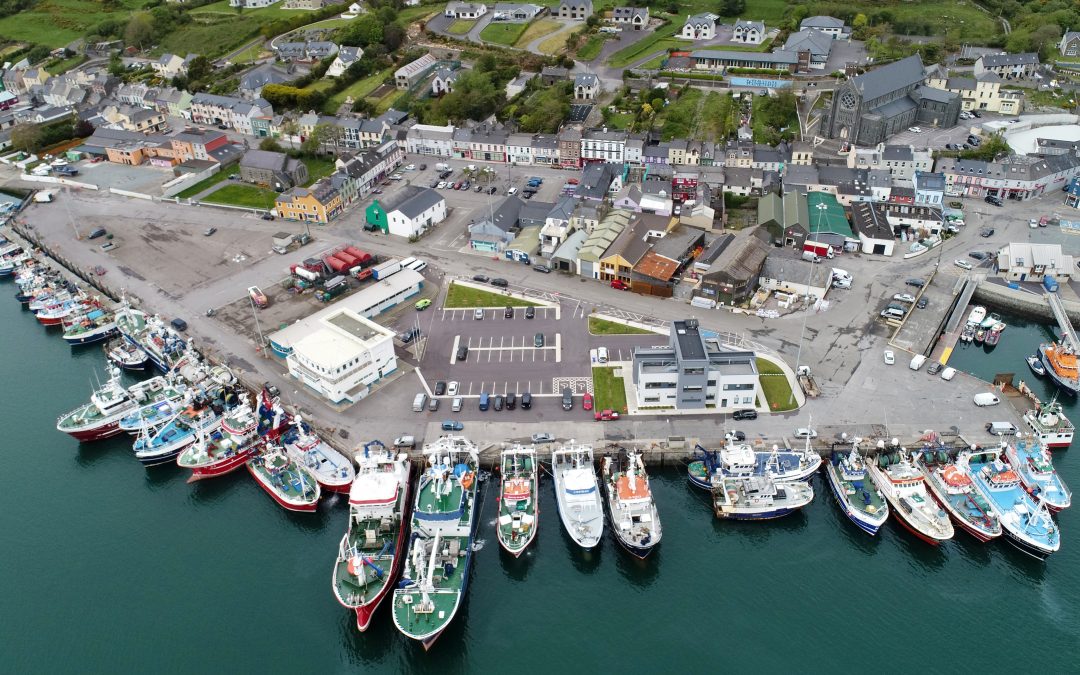 In concert with the other Irish fish producer organisations (POs), extreme dissatisfaction with the supports that have been offered by the Minister for Agriculture, Food and the Marine, Michael Creed TD and his Department to the struggling fishing industry as they try to stay afloat in the context of the coronavirus pandemic has been expressed by the Irish South and West Fish Producers’ Organisation (ISWFPO).

According to the ISWFPO, the Minister’s “botched” scheme will not succeed in reducing the amount of product being placed on markets. On account of this, the PO has called on the Minister to immediately review the scheme, as announced last week and launched by BIM earlier this week.

“European Industry leaders that included my colleague Mr Sean O Donoghue successfully lobbied at EU level to have amendments to the European Maritime and Fisheries Fund provided for under EU Regulation 2020/560 to mitigate the impact of the COVID‐19 outbreak,” said ISWFPO CEO Mr Patrick Murphy, also a member of the European Association of Producer Organisations (EAPO).

Explaining the severe pressure the industry is under on account of the global pandemic, Mr Murphy said: “Like many others adversely touched by the fallout from COVID-19, fishermen are struggling to cope with the massive fall in demand”.

“Demand has fallen to such an extent that some fishermen are actually receiving no bids for the fish that they have risked life and limb, to catch,” he said.

“The closure of sales venues, such as restaurants, markets and other outlets, has seen prices for all fish plummet. Over the last few months, the price drop across many popular species has been in the region of 50% to 70%.

“As an industry, we have never faced anything like it.

“The effect of forced closures of restaurants hotels and tourism due to COVID-19 isolation measures has resulted in a complete collapse in demand and prices combined with the vulnerability and complexity of the supply chain has made the operations of fishing fleets and seafood production, a loss-making enterprise.”

Echoing comments from the other POs over the past 24 hours concerning the support scheme that has been announced, Mr Murphy went on to state:

“The entire industry is united in our unequivocal rejection of a botched and ham-fisted ‘scheme’ which will not succeed in its objective to reduce the amount of product that is currently being placed on the Markets.”

Under the scheme as announced, supports are being offered to those eligible to tie up for a period of one or two months, beginning July through August, despite EU rules allowing for the payment of retrospective compensation on account of the fact that many vessels have been tied up with months already.

“The voluntary scheme will operate over the calendar months of June, July & August, to coincide with the monthly fisheries quota management periods, in order to adjust the supply of fish coming onto a currently depressed market and protect quota availability for later in the year,” says the Minister.

Asked in a recent survey or vessel owners by The Skipper, the vast majority of the 100 who responded indicated they did not believe that the scheme, as it stands, would succeed in reducing the number of boats fishing sufficiently to “adjust the supply of fish coming onto a currently depressed market” as hope by the Minister.

Emphasising the dire straits the industry is now in, Mr Murphy continued: “Following months of storms and Gales that prevented the majority of the fleet from earning a fair income coupled with the current challenges we in Industry have been endeavouring to try to manage namely a safe passage through Brexit and its consequences, now we’re hit with this.”

Calling on the Minister to review the scheme the ISWFPO CEO concluded by stating:

“The Directors and members of the Irish South and West FPO beseech Minister Creed to reconsider his position and immediately review his scheme, so to deliver the required support that we need to implement a workable scheme which will give us the best chance to not only survive but be ready and able to be a key Industry that will be there to rebuild our countries economy following the other side of COVID-19.”

“We are confident this small investment by our Minister aided by the European Commission will be one that will return many times its value in sustaining a very important food supply but most importantly sustain our coastal communities that so desperately depend on our Industry,” he said.