Irish Waters Could Be Left Unprotected 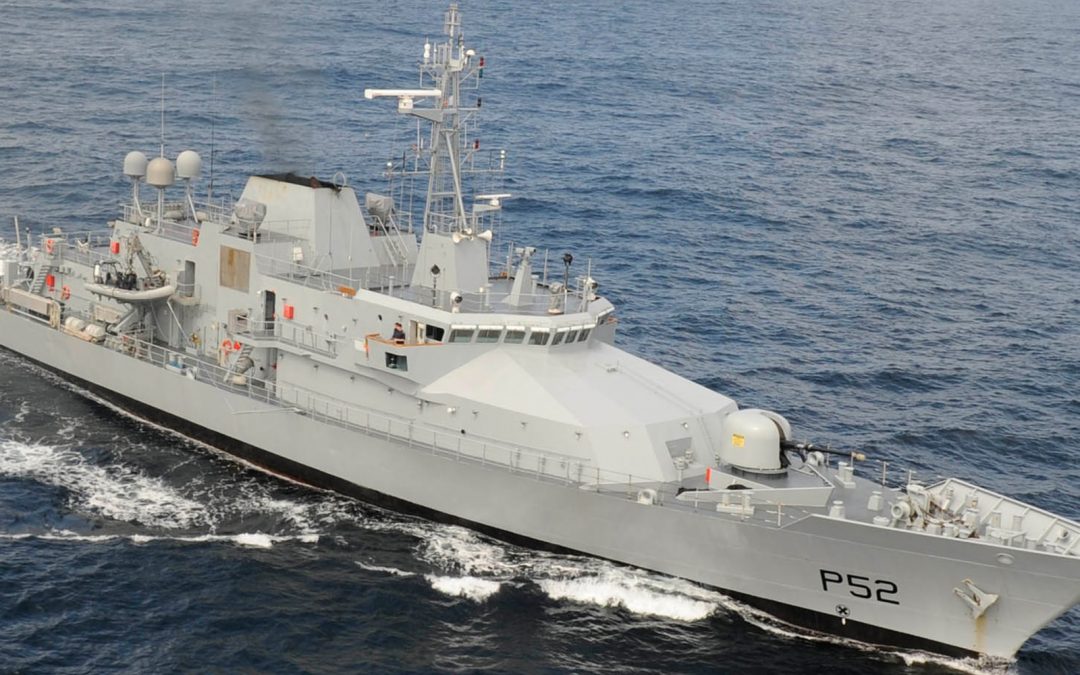 Fears have been expressed that an accidental fire on a Naval Service
patrol ship, combined with ongoing manpower shortages, could reduce
the navy to almost 60pc normal operational flexibility.

A full engineering assessment is now underway of the P52 LÉ Niamh
after a fire erupted in the 19 year old patrol ship as it was berthed
at Haulbowline Naval Base last Saturday.The fire was detected just after lunchtime in a storage compartment
near the engine room.

Navy fire crews, supported by foam-equipped appliances from Cork City
and County Fire Brigade, successfully brought the fire under control.
No injuries were reported in the incident which is being treated as accidental.
An investigation is now underway into the precise cause of the blaze.
However, it is understood that significant damage was caused to some
ship systems and the vessel may be out of service for several weeks or
even months.

Cork East Sinn Féin TD Pat Buckley said there was now major concern
over both the manpower levels within the navy and the number of ships
within the nine-vessel fleet capable of lengthy operational duties.

“The current strength of the Naval Service has fallen to around 880
personnel when it should be almost 1,100,” he said.
“That has resulted in vessels having to be tied up at Haulbowline and
effectively taken out of service.”
“What is going to happen now that one of the more modern vessels in
the fleet has been damaged?”

Mr Buckley said that Naval Service personnel, just like Army and Air
Corps personnel, proved Ireland’s frontline heroes in supporting
medical officials during the Covid-19 pandemic.
“I will be asking the Government to confirm precisely how many vessels
are now available for extended offshore duties. Recruitment, pay and
fleet assets are now major issues.”

The blaze leaves only five of the Naval Service’s nine vessels now
considered modern and suitable for extended offshore operations.
Last year, both LÉ Eithne and LÉ Orla were removed from seagoing
duties because of manpower issues.

Naval Service flagship, LÉ Eithne, is 36 years old and was only deemed
suitable to be used recently as a floating support base for Covid-19
testing in Cork as part of Operation Fortitude.

Two other Naval Service vessels, LÉ Orla and LÉ Ciara, both of which
were purchased second hand from the Royal Navy, are now 32 years old
and, because of their small size, offer substantially less operational
flexibility than the LÉ Roisin/LÉ Niamh design which was adopted in
1999.

LÉ Orla and LÉ Ciara both date from 1988 but are almost one third the
size of the LÉ Samuel Beckett.

The Government is examining the requirements of the White Paper on
Defence which commits Ireland to replacing the three oldest vessels LÉ
Eithne, LÉ Orla and LÉ Ciara.

Ireland is committed to operating seven offshore patrol vessels and
one multi-role vessel (MRV) which, as well as being larger, will be
able to coordinate helicopter, underwater and land operations.
Last June, PDFORRA President, Mark Keane, expressed concern over the
manpower crisis within the service.

Almost 50 personnel have left the navy this year – roughly the size of
an entire recruit class.