Ireland’s seafood sector must receive its fair share of quotas 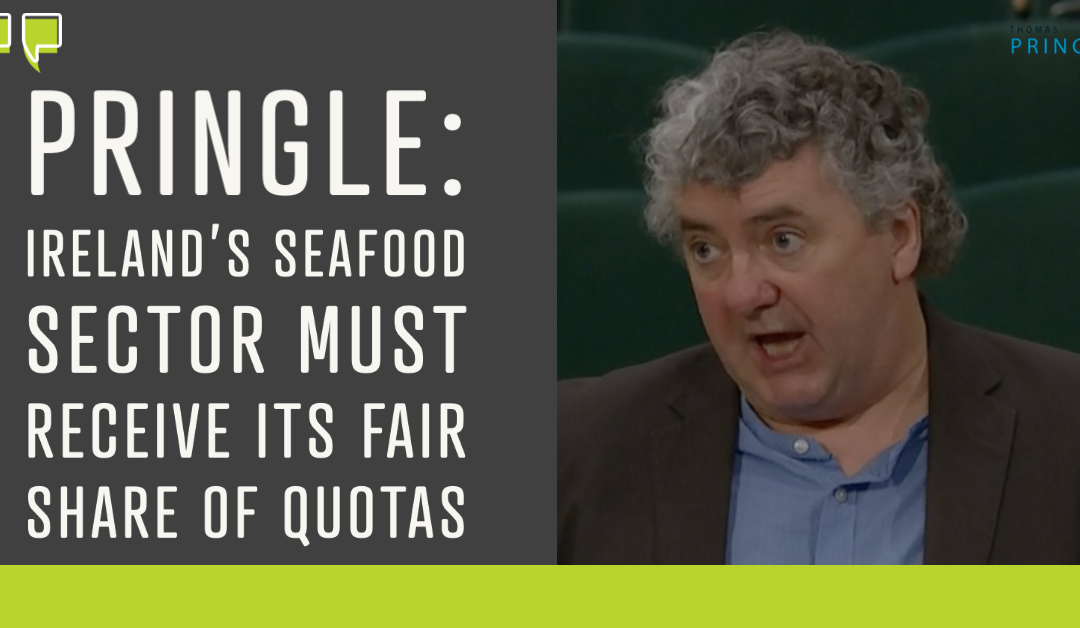 Independent TD for Donegal, Thomas Pringle, has told the Seafood Sector Taskforce that the Government must ensure that Ireland’s seafood sector receives its fair share of the quotas available to EU member states.

Deputy Pringle said: “It is only by actively negotiating on behalf of communities and on behalf of Ireland with a clear direction from our communities that we can strive to change the direction of EU policy in relation to Ireland.”

Deputy Pringle addressed the issue in his submission to the taskforce, which was established earlier this year to make recommendations to the minister on measures to mitigate the impacts on the Irish fishing industry of the fishing quota share reduction stemming from the EU/UK trade and cooperation agreement.

The Killybegs-based deputy has repeatedly raised his serious concerns over these quotas, in the Dáil and in committee meetings with the minister. Speaking earlier this year, he said, “It is well beyond time that the wrongs that were done to our fishing community as we negotiated to join the EU were corrected.”

In his submission, Deputy Pringle reminded the taskforce that on joining the EU, the ability to negotiate on fishing was unilaterally removed from Ireland, England and Denmark, as part of those negotiations by the European Economic Community.

Deputy Pringle said: “This had the impact of directly hampering the west of Ireland’s development and led directly to Dublin-focussed development within Ireland that has hampered and hindered the development of Ireland since we joined the EU.

“The value of fish taken from Irish waters by other EU member states far outweighs any subsidies that we have received, including CAP, which has led to the situation that we are a net contributor to the EU rather than a net receiver of EU funding and should be recognised as such.”

Deputy Pringle also said Government action on these crucial issues for Irish fishing will confirm the level of its commitment to fishing communities in Donegal and around the country.

He said: “Any promotion of a fleet tie-up scheme will be a direct recognition that the future of the fishing communities within Ireland is not a priority for Government and will confirm and show that the Government is intent on the decline and ending of those communities.”