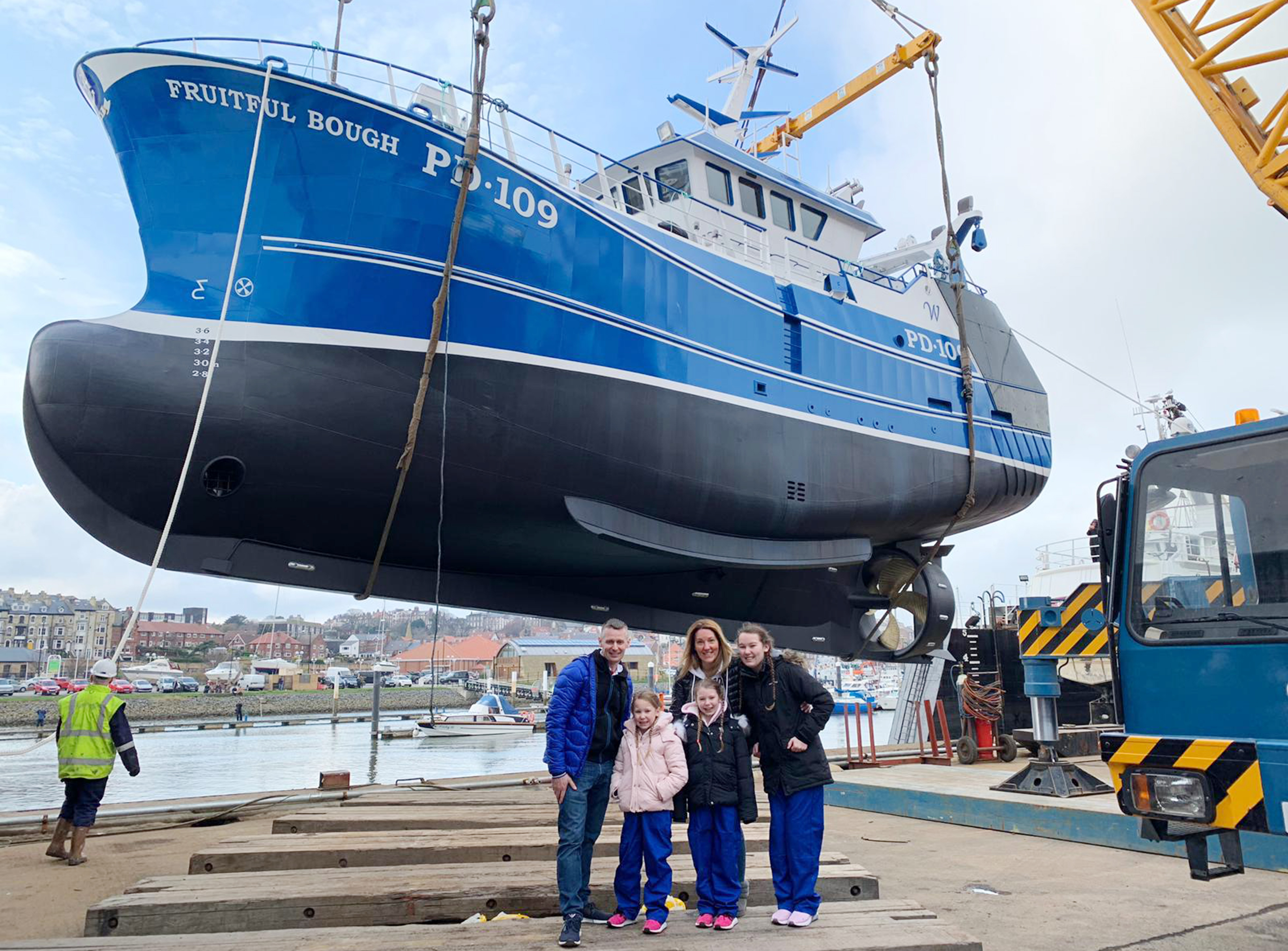 Early last month, the Fruitful Bough PD 109—a new 22m twin-rig trawler, for Peterhead skipper Robert West, the boat build contract for which was signed for at the Skipper Expo Int. Aberdeen last year—was launched at the Parkol Yard at Whitby.

The boat building contract on the new build was signed at the Skipper Expo Int. Aberdeen Show last year.

A proud and excited Robert attended the launch alongside his wife Mariane, daughters Jenny, Maggie and Ellie, and extended family. Since then the vessel has been undergoing sea trials.

Steeped in the legacy of a family history of fishing, the Fruitful Bough takes her name from the line of family vessels that have preceded her.

Robert’s Grandfather purchased the first Fruitful Bough in 1960 and though the boat has been changed over the year, the name has stayed with the family since then. As part of this line, the 19.9m vessel that Robert is replacing with the new build carries the same name.

Designed by SC McAllister & Co Ltd. and built by Parkol Marine Engineering, the new trawler, which is owned by Fruitful Bough Fishing Co and Denholm Fishselling Ltd, is 22.2m in length, has a 7.5m beam and a draught of 4.00m.

First In Her Class

The wheelhouse display system is especially impressive and Fruitful Bough is the first vessel in her class in the UK to install Woodson Electrics new Multiview control system in the wheelhouse with the 3 x 49” 4K monitors installed in the forward console replacing the normal 12 monitors. This allows the skipper to view up to 4 inputs at the same time on a single monitor in 4K definition. Further, any input can be put to any screen in the wheelhouse and all controlled by a single mouse. 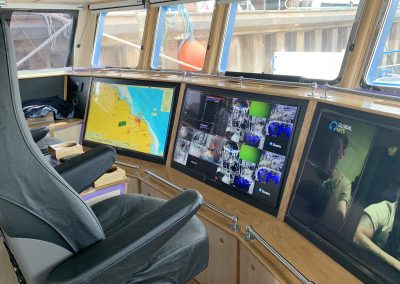 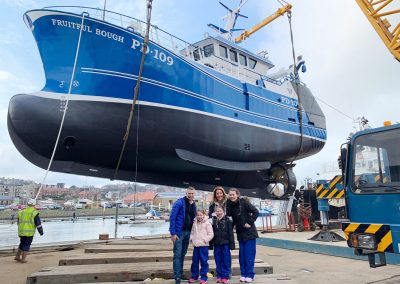 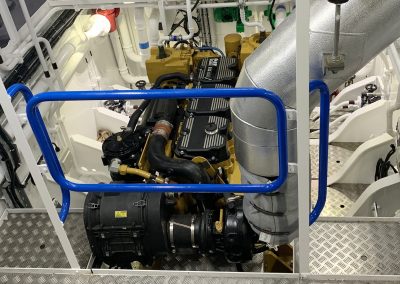 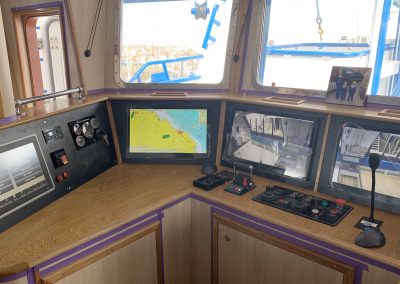 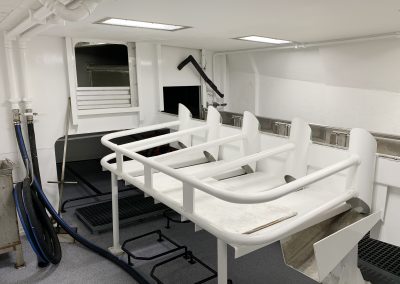 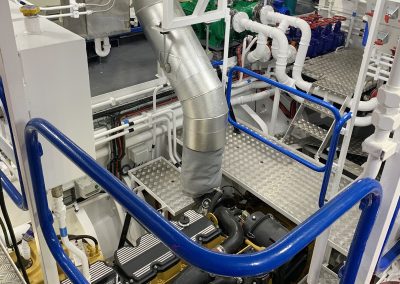 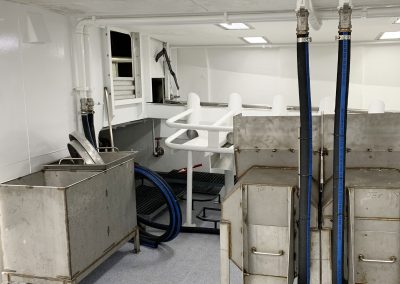 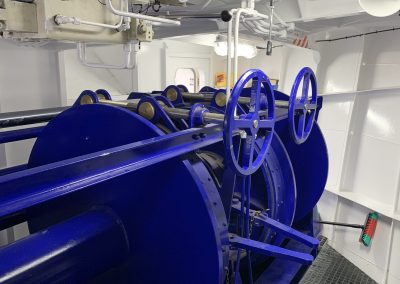