The Frank Henry, A 22 metre vivier supercrabber, is the 26th build of fishing vessels for the UK and Ireland by Armon.

Commercial director of Armon Shipyard, Ricardo Garcia, said: “We are very pleased to deliver this vessel to a repeat owner. As it is common for Armon, this boat has been tailor made designed and built to meet-with all requirements from the owner. This marks over two dozen fishing vessel built by Astilleros Armon for owners in Britain and Ireland and we hope to continue this trend in the future.”

Named Frank Henry (DH 181) the vessel reached its home port of Dartmouth several weeks ago and began fishing soon after, with reports of faultless trips; all involved in the Frank Henry are pleased with the vessel.

UK and Ireland agents for Astilleros Armon, Terry Ekers, explains: “Since arriving in the UK the Frank Henry has brought a lot of interest from many shellfishermen, potential orders are being discussed and personally, I think the Frank Henry is a tribute to the yard, a title that I can extend to all vessels built by Astilleros Armon.

“Two very important facts are that the Frank Henry was completed on time, in fact it’s launch was a couple of weeks before the contract date, also, the final price was exactly the price quoted. Fishermen cannot expect to sign a contract on day-one, to be given a higher bill on completion and such practice does not happen with Astilleros Armon.” 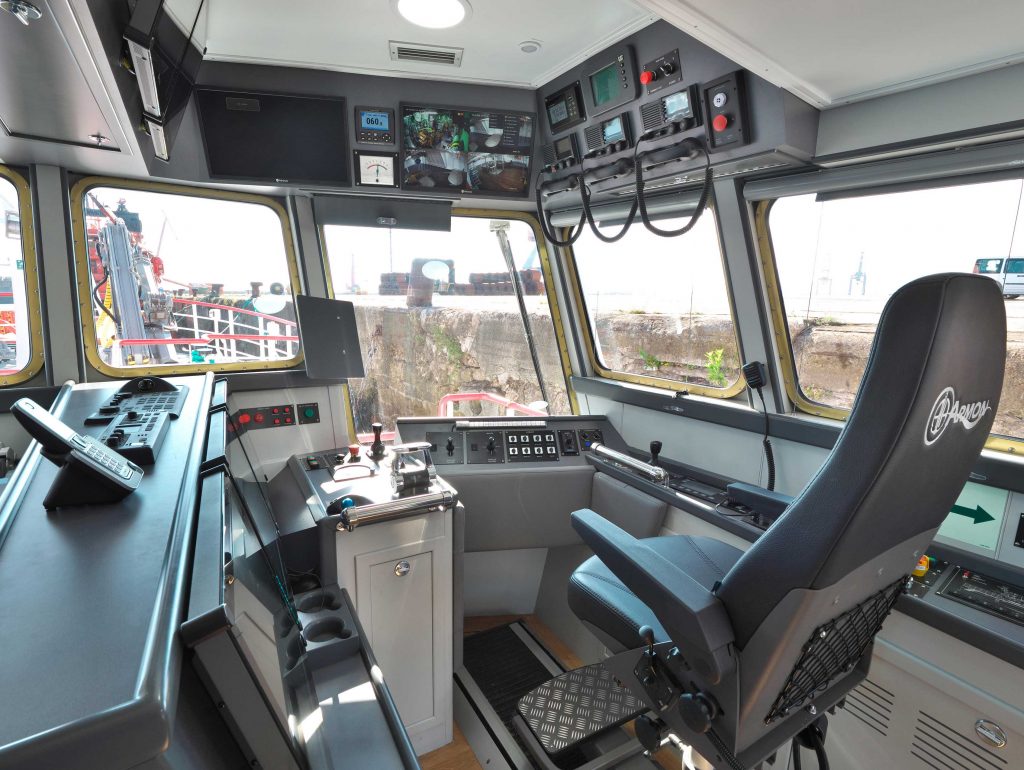 Terry Ekers has fond memories of the 26 contracts that he delivered to Astilleros Armon, ranging from twin-rig trawlers to shellfish vessels. He predicts that the current upturn in confidence from British and Irish skippers may continue.

“I have been the UK and Ireland agent for the firm for three decades and over that time have seen so many fishing vessels, workboats and small ships leave its yards (six in total), each having a devoted workforce and I cannot stop admiring the quality of the build. Astilleros Armon are not just famous in the EU but all over the World.”

“Several years ago, when a downturn in EU new-builds took place, I decided to retire but it wasn’t long before I returned to work. A significant increase in new builds is now taking place and Astilleros Armon remains a shipyard that a growing number of UK and Irish skippers may choose for a new build.”

UK Marine (Fishing Vessels and Workboats) Ltd is based in South Devon.

Designed and built by Astilleros Armon, a large input to the style and fitout of Frank Henry came from the vessel owners. Several items in the build were sourced from South Devon – the slave hauler (rated at a top pull of two tons) was manufactured and supplied by Britannia SW Ltd of Paignton.

A full package of electronics (mostly Furuno) came from Globe Ltd of Paignton. The package includes a Navitron Autopilot, Sailor VHF’s and a Thrane Satphone. 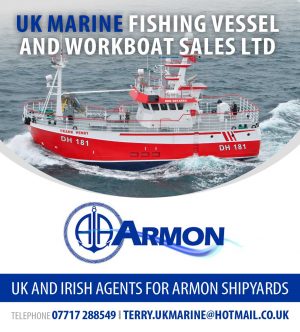 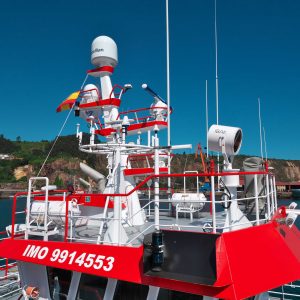 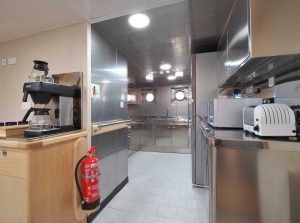 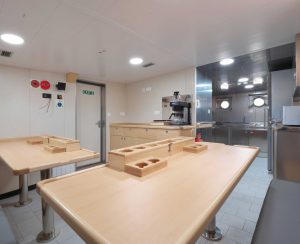 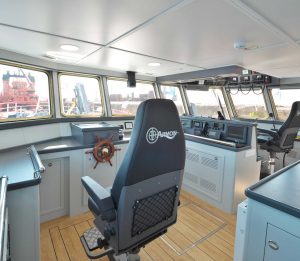