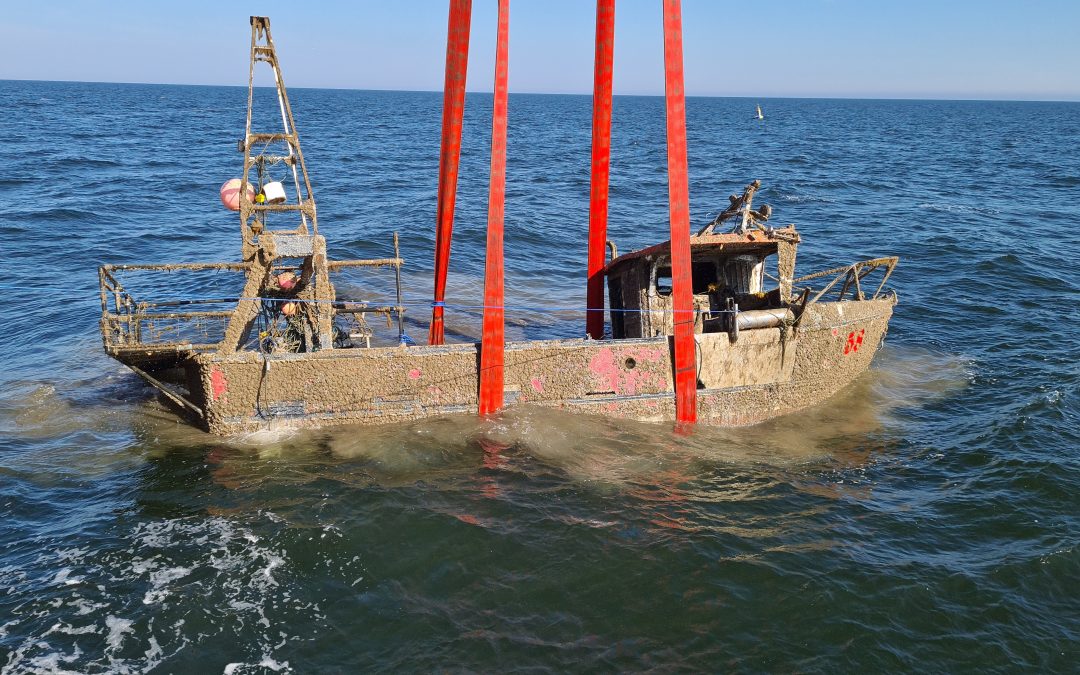 The wreck of sunken fishing vessel Nicola Faith, which went missing off the coast of Colwyn Bay on 27 January, has been raised from the seabed by the Marine Accident Investigation Branch (MAIB). The vessel will be transported to a secure location for further investigation, testing and stability analysis.

In the first stages of the operation, a remotely operated vehicle (ROV) was used to conduct a final survey of Nicola Faith in the position it came to rest on the seabed. Evidence including fishing equipment and outlying debris was mapped and collected from the area around the vessel. This information will be crucial in helping the team understand what led to the vessel’s capsize. 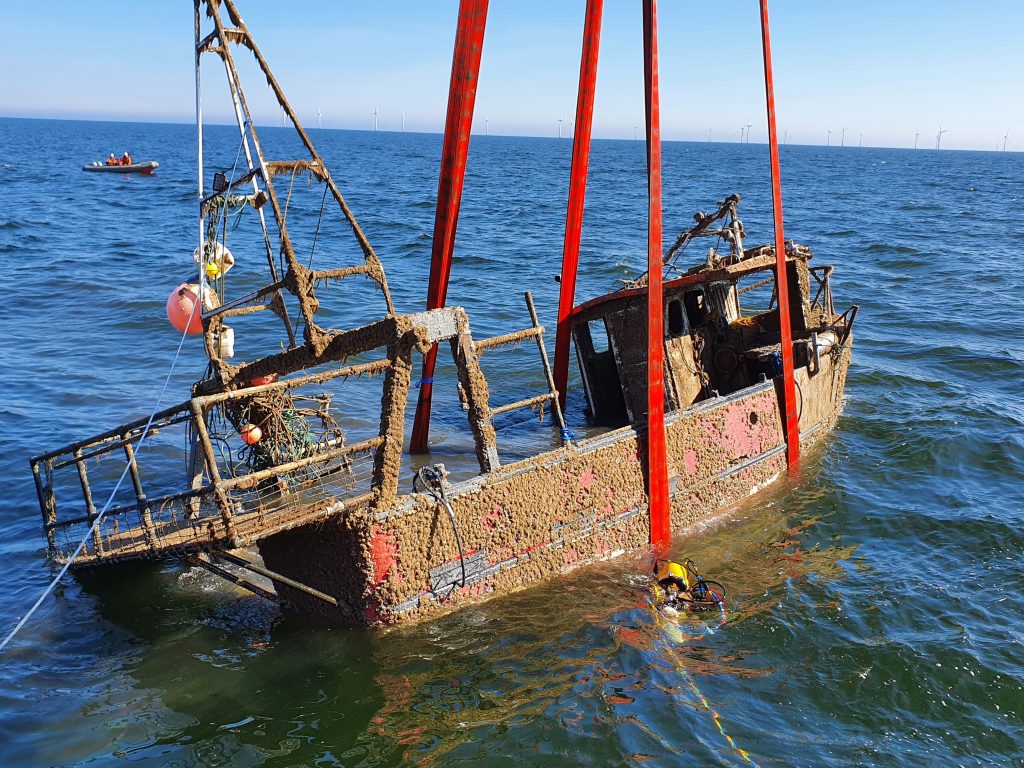 In preparation for the recovery, a number of anchors were laid out and salvage pumps were used to remove a large quantity of seawater from the vessel. The Nicola Faith, which weighed 11t was raised using a 43m long crane barge capable of lifting up to 150t and placed on the deck of an adjacent ship ready for transportation. 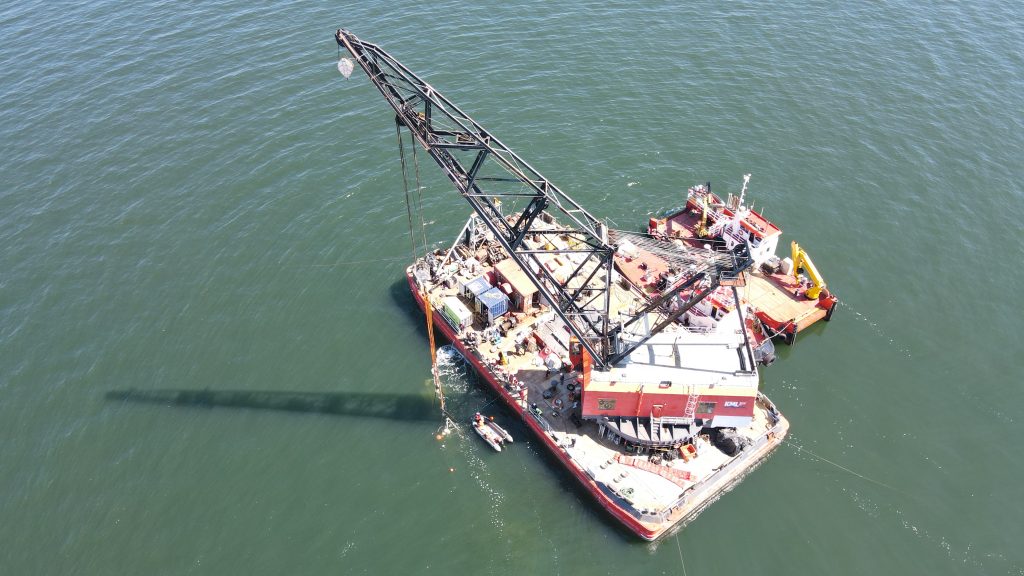 The vessel will be recovered to a specially adapted location where it will be housed until the investigation is complete. Once it has been secured, the families of the crew will have an opportunity to view the vessel if they wish. 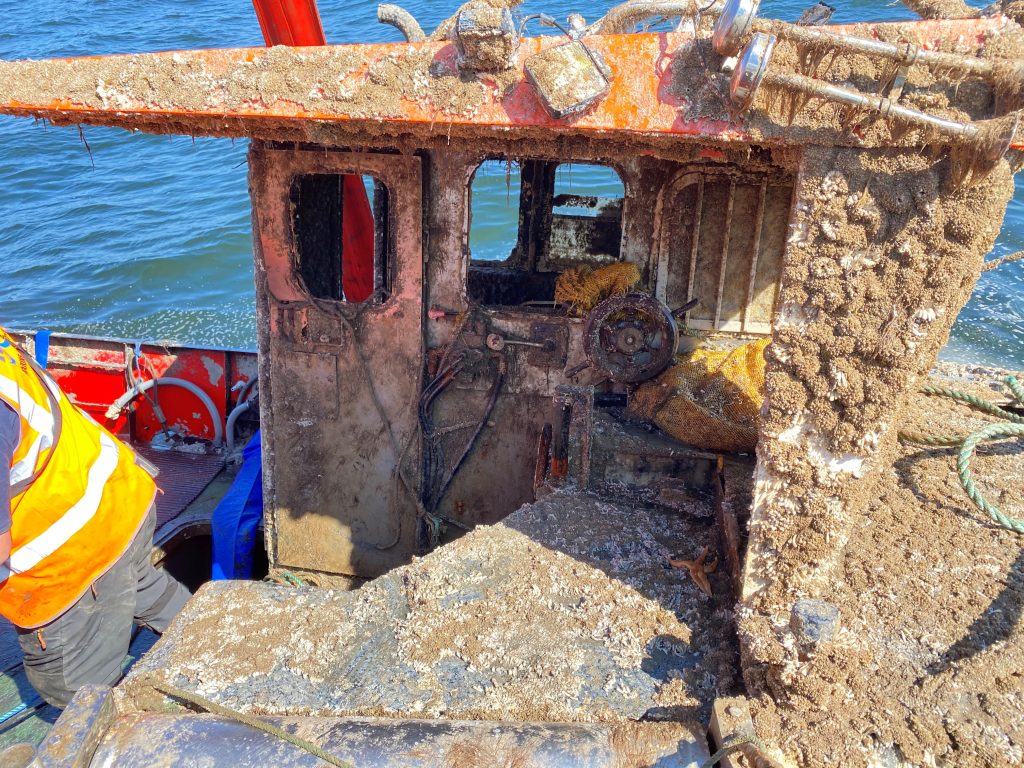 “This operation needed to be meticulously planned and executed to ensure that valuable evidence was conserved. We are pleased to have achieved that and successfully recovered Nicola Faith.

“The purpose of our investigation is to improve safety. The next phase of the investigation will be to establish what events led to the vessel’s capsize, the mechanics of how the vessel sunk and why. Once the investigation is complete a report which details the findings will be prepared and published. As well as providing the families with an explanation, our report will aim to prevent such a tragic accident recurring.” 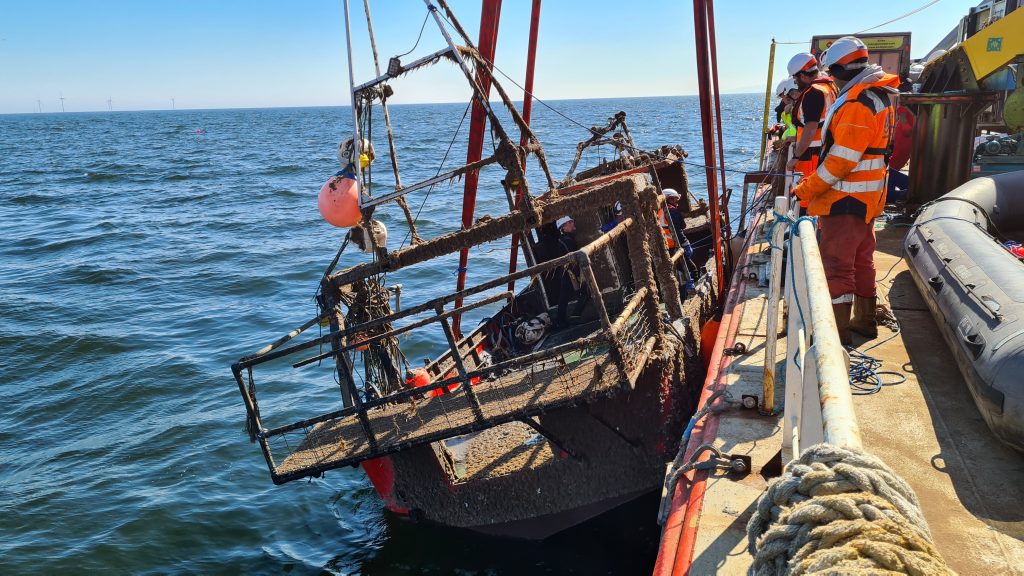 Speaking of the development in the MAIB operation, the Member of the Welsh Parliament for Aberconwy, Janet Finch-Saunders MS said:

“This operation is a significant step towards a conclusion in the investigation, which we hope will provide some much needed answers. With the MAIB undertaking exceptional actions to raise the boat, the families and our community can turn to healing and remembrance for those we have lost.

“This has been an investigation like no other. In placing party politics aside for the common good, cooperation between the Welsh Government and I ensured an unprecedented and rapid response which resulted in the Rhodri Morgan research vessel being utilised to help locate the Nicola Faith.

“For her part in this work, I would like to sincerely thank Lesley Griffiths MS as well as her department’s officials. I should also like to place on record my gratitude to the MAIB inspectors who have ensured that the families remained updated throughout and during meetings with my office.

“I now ask the community and media to give time to allow the MAIB to carry out its land-based investigation, providing the inspectors some necessary privacy to carry out their work and the families space to grieve.”