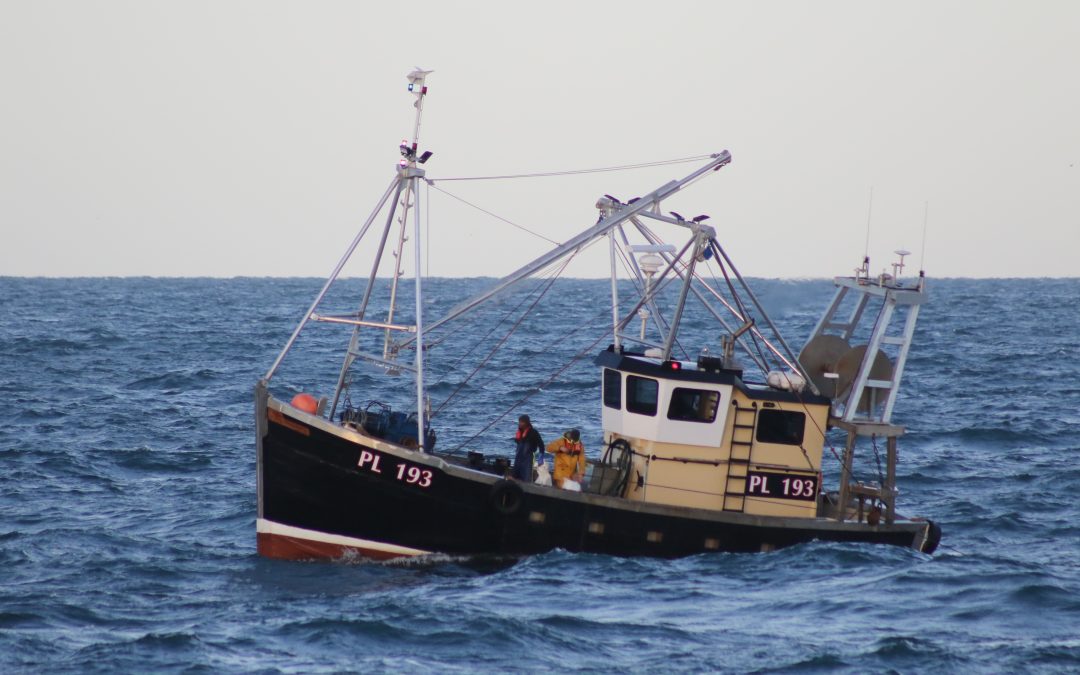 RNLI Fishing Safety Manager Frankie Horne has urged the fishing community to avail of safety training that is on offer for their crews and to ensure that their safety equipment is up to date. It comes after the skipper of a fishing vessel that sank late last year off the Isle of Man has attributed their rescue to the safety training the crew had undertaken previously and to their lifejackets, which were fitted with personal locator beacons.

On the evening of  23 November last year, the fishing vessel Polaris suffered a catastrophic hull failure off the west coast of the Isle of Man. The vessel sank so rapidly that the skipper only had time to send out a Mayday to the coastguard and other surrounding fishing boats before the vessel became submerged.

The coastguard immediately launched two RNLI lifeboats from Port St Mary and Port Erin and a Rescue Helicopter. However, it was a local fishing vessel, Lynn Marie, which arrived first on scene. The skipper and a crewmember from Polaris had been in the water for at least 15-20 mins before help arrived.

The skipper of the fishing boat that rescued them, the Lynn Marie, feared the worst on arriving at the scene as the Polaris had already gone below the water. The skipper stopped his engine to listen for the crew of the Polaris which proved a wise decision as he heard two men in the water shouting.  The Lynn Marie crew located them with a search light and recovered them from the water.

Commenting on the rescue RNLI Fishing Safety Manager Frankie Horne said, “After speaking with Gordon Mills, the skipper of the Polaris, and the crew of Lynn Marie on their arrival at Peel, it was quite clear that this could have been a very different story had the crew of both vessels not acted so professionally. The crew had attended safety training and wore lifejackets fitted with Personal Locater Beacons which had increased their chances of survival.”

Gordon Mills, Skipper of Polaris added, “At no time did I feel our lives were in danger due to our training and equipment. We had a policy of wearing lifejackets on the working deck since attending refresher training, where I was shown a film involving fishermen wearing their normal working clothes, being put  through their paces in the RNLI Survival Centre Environmental Pool, both with and without lifejackets in cold water with wave movement whilst attempting to recover themselves.”

Speaking about the training they had undertaken, Gordon continued, “To see fishermen struggling in a controlled environment and only lasting a few minutes or in some cases a few seconds without the lifejacket makes you think about your own safety. I can tell you that there is no doubt that the lifejackets saved our lives. We wouldn’t have even been afloat for the crew of Fishing Vessel Lynn Marie to recover us from the water had we not been wearing them. I would encourage all fishermen to start wearing their lifejackets while on deck, you just never know when you might need it.”

For advice on training contact http://www.bim.ie/training/ in Ireland or RNLI Fishing Safety https://rnli.org/safety/choose-your-activity/commercial-fishing