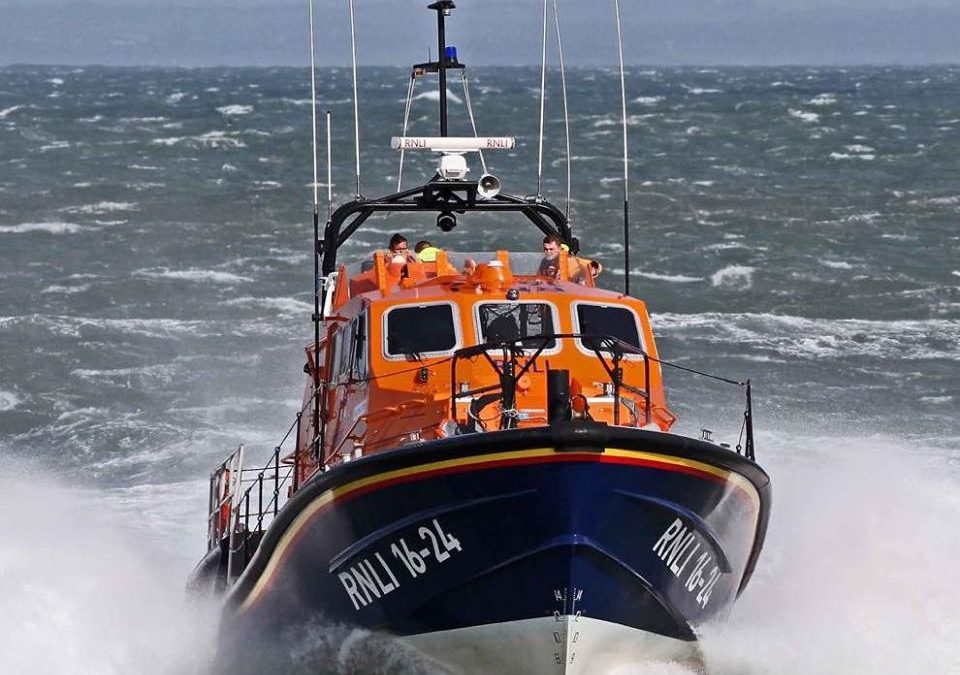 A fishing boat in difficulties near Bardsey Island was recovered safely yesterday by Porthdinllaen RNLI lifeboat.

The Porthdinllaen crew were tasked at 9.45 am after the UK Coastguard at Holyhead had received a call for assistance from a 23-foot fishing boat that had set off earlier from Aberystwyth, and was adrift with no power three miles South of Bardsey Island.

Within 45 minutes of launching, the lifeboat was alongside the stricken craft, and after assessing the situation, it was decided that the safest option was to tow the stricken vessel, crewed by one fisherman, back to the safety of Porthdinllaen Harbour.

With favourable sea conditions, the lifeboat and the towed vessel arrived back at Porthdinllaen Harbour at 12.40 pm. After placing the fishing boat on a safe mooring to await repairs, the lifeboat returned to her station, and was refuelled and ready for service by 1.05 pm.

Robert Jones, Second Coxswain at Porthdinllaen said, “After suffering mechanical failure of its propulsion system, the boat was left unable to manoeuvre in what can be treacherous waters around Bardsey Island. We were glad to be of assistance to the fisherman.”