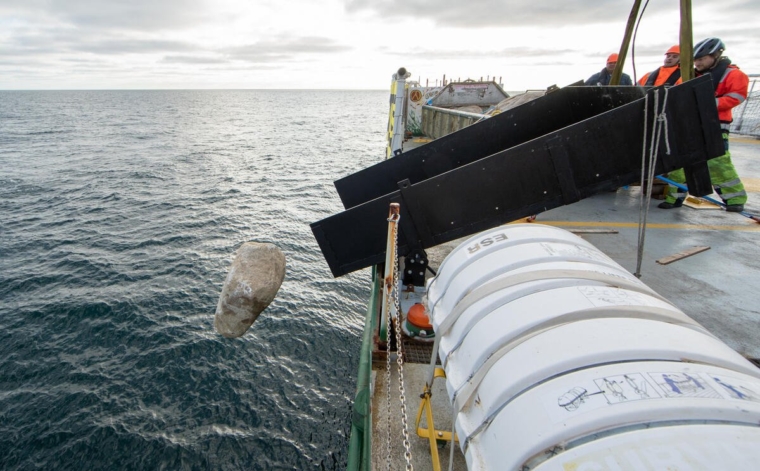 Greenpeace is dropping granite boulders into the North Sea, in a stunt designed to prevent fishing vessels trawling .

The environmental charity says it wants to stop the practice of “bottom trawling” in the marine protected area of Dogger Bank in the UK’s North Sea.

On Tuesday activists dropped 15 granite boulders onto the sandy seabed off Dogger Bank. Greenpeace said the move would stop trawlers dropping their nets in the area but not harm the seabed’s marine life.
More boulders will be dropped in the coming weeks until the area is completely protected, the charity said. It stressed it had informed marine authorities of its actions in advance for safety. 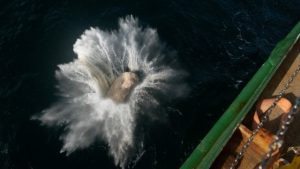 Fishing groups have condemned Greenpeace’s actions as “dangerous” and “infantile”. “Our concern is for the crews of our vessels, should their gear become entangled in what Greenpeace are describing as ‘massive granite boulders’,” Barrie Deas, CEO of the National Federation of Fishermen’s Organisation. “That is extremely dangerous for the crews on the deck, and it can actually jeopardise the vessel’s stability as well.”
Mr Deas said there was confusion among fishermen as to why the sandbanks of Dogger Bank needed protecting. “We can understand if it is coral reef or marl reef or particularly sensitive habitat, but what we are talking about here is a particularly large area of mobile sand. So we’ve never really been quite sure of the rationale for having the special area of conservation,” he said