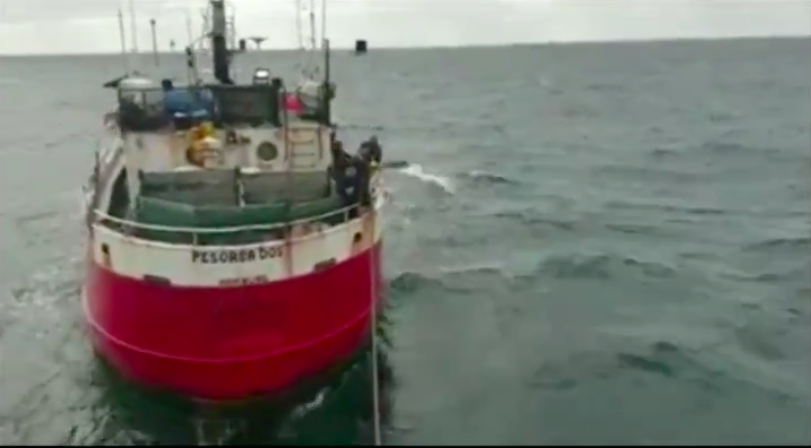 FISHERMEN have described the conduct of Spanish gillnetters to the northwest of Shetland as “intolerable” after video footage was posted on social media showing a Spanish gillnetter attempting to run a rope through the propeller of a local whitefish trawler, reports Shetland News.

This latest video evidence takes the ongoing skirmishes over access to fishing grounds to a new level and highlights why the local fishing industry is so keen to leave the European Union and with it the Common Fisheries Policy (CFP).

The battle between Spanish gillnetters and local trawlermen has been ongoing for a long time with most local whitefish boats reporting over the years that they have been at the receiving end of attempts to drive them out of their traditional fishing grounds.

Gillnets are entangling nets set in the sea and held in position by floaters. They can cover huge areas and thus prevent other fishermen to work in those areas.

Spanish fishermen counterclaim that Scottish whitefish boats deliberately trawl through the areas where nets have been set.

Reports from Thursday night state that there have been five or six attempts to disable the vessel by putting a rope through her propeller.

The Spanish vessels are fishing legally in Scottish waters as part of the CFP, but this behaviour has been condemned as “intimidating” and “breaking the fundamental rules of the sea”.

He described the behaviour of the gillnetter as “horrendous” and “intolerable”.

“Imagine, if we as Shetlanders would conduct ourselves in that way in Spanish waters, what would happen to us?

“We report these things to the authorities, we are working actively with Scottish Government on what we can do about it. But we don’t control the rules out there; once we do, we can try and find a solution to it.

“In the longer term we need to remove that problem altogether by severely restricting activities, once we are allowed to do that.”

The SFA is strongly opposing any attempts to extend the transition period for Brexit and it insists that the UK comes out of the EU by 31 December.