Finnøy Gear & Propeller AS – Gearing up for twin-rigging

60 North Fishing Ltd (60NF) has ordered a set of twin-rig trawlers with the capability to both single trawl and pair trawl. The Shetland-based company have previously experienced the advantages of sister ships to rapidly trial new gear ideas, by currently operating two 19.0 m long vessels of identical class, design, hull and structure.

The 24.9 m long trawlers to-be are modern and sophisticated, with a trial catch handling system to potentially boost catch quality. The new buildings are progressing well at Tehnomont in Croatia and will be ready to trial in early July. The complex supply chain at the shipyard causes the production to be vulnerable to disruption due to shortages of certain components. However, the level of delay is not much higher than pre-Covid in the European shipbuilding sector. 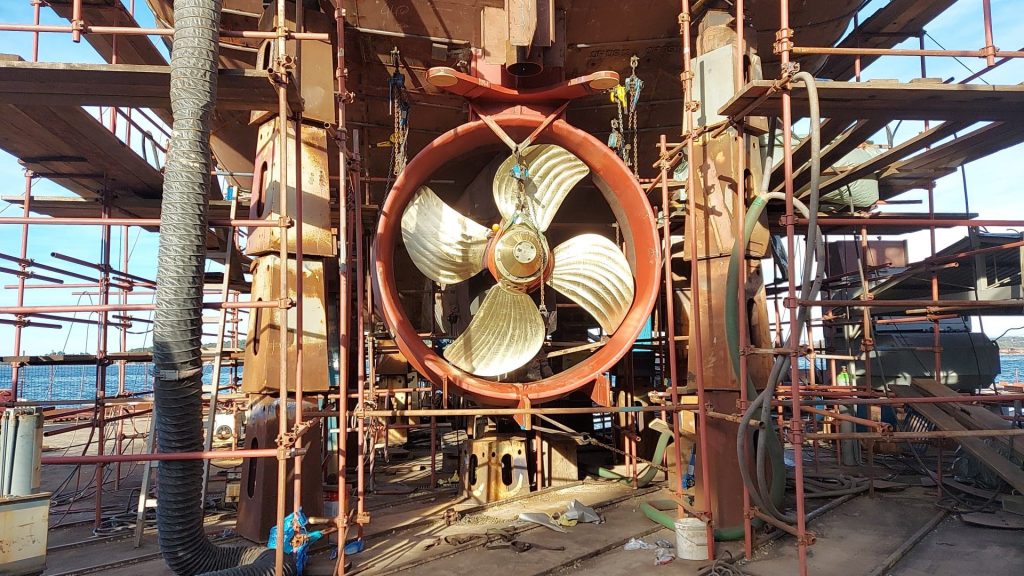 The particular skills that the shipowner of 60NF, Mark Anderson, were looking for in an effective propulsion partner all came down to reliability and trustworthiness. Controllable pitch propulsion is a new concept to 60NF, so they searched for a producer with a good reputation within the fishing sector. Based upon anecdotal evidence of excellent repair backup if something was to go wrong, Mark chose Irish Skipper Expo 2022 exhibitor Finnøy Gear & Propeller AS. They delivered gearbox type G50FKV with triple PTO for hydraulic pumps and CP propeller type P70.22.300.4D – Ø3000.

Mark Anderson adds a compelling argument for the large propeller diameter on performance: “When we built our former sister ships, we were delighted with the performance at first. After the vessels were completed, I learned that we could have pushed the propeller diameter further in the design process. That has been a thorn in my side ever since, but I think we have gone as far as we could with the new twin-rig trawlers. We have seen other vessels with larger propeller diameters leading to better performance with similar or identical engines to us.” 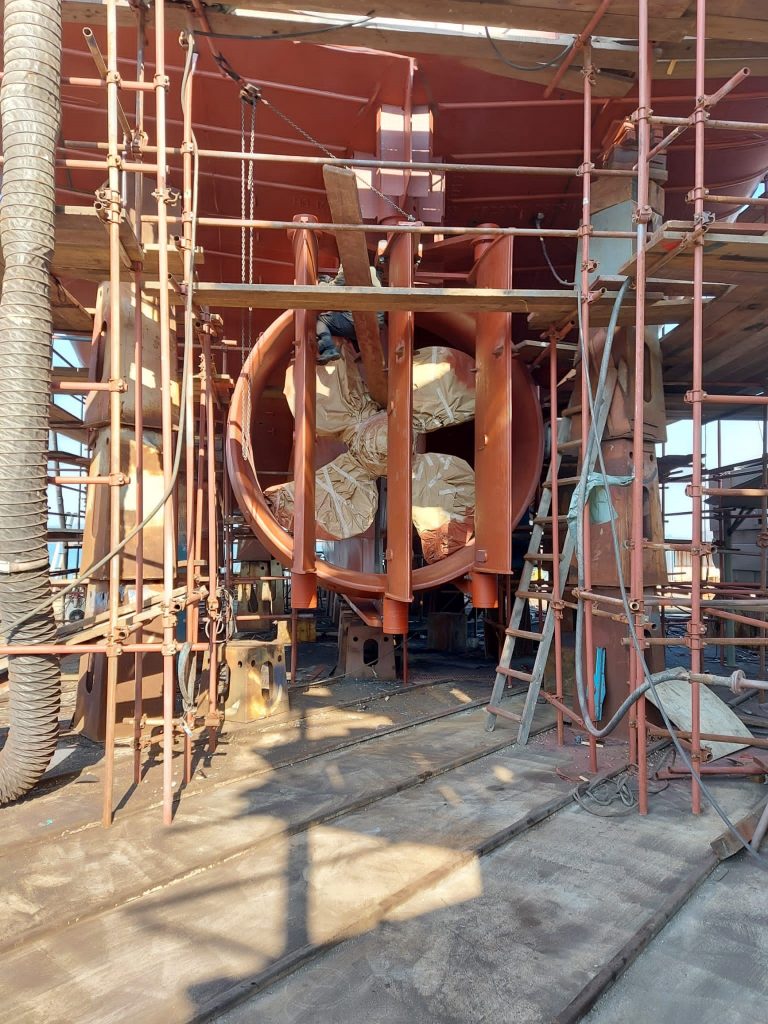