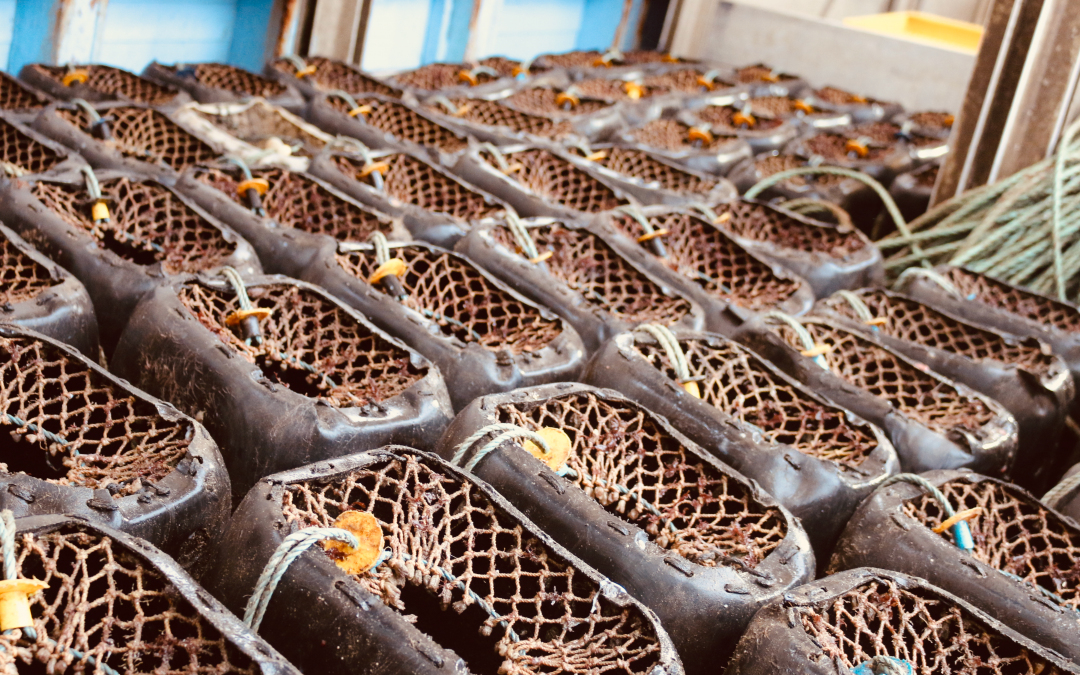 “It can’t be compared with before” – Thomas Jensen, skipper on the fishing vessel Wicki-Alex

In a project, funded by the EMFF, a local blacksmith in the coastal city of Hundested, Denmark has been put to work to relieve the crew of heavy lifts in their daily fishing for whelk. The project aims to prioritise the crew’s health and well-being, so that that the fishery is attractive also in ten years from now.

H410 Wicki-Alex is fishing with pots for whelk, brown crab and lobsters combined with gillnetting for sole and cod. The fishing for whelk has grown to be a larger part of the annual catch as the price for round fish has been varying.

Thomas Jensen hopes to catch around 200 tonnes of whelk this year, a task he expects will be easier now. 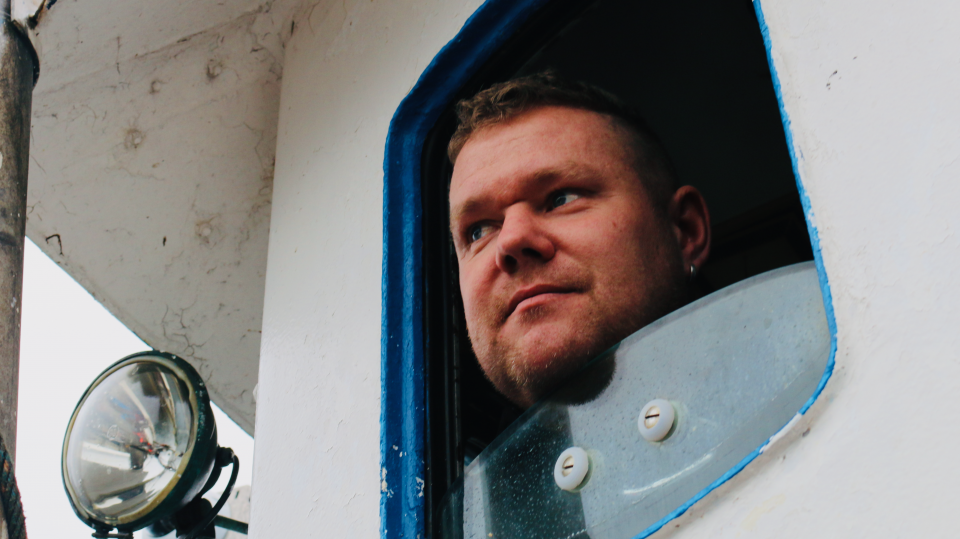 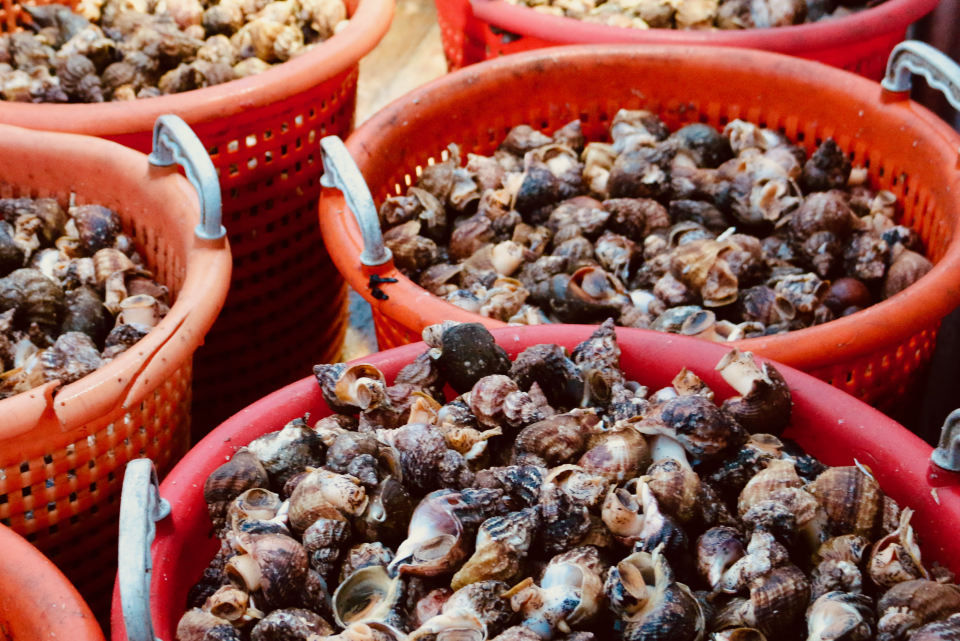 “It’s simply not comparable with before. The mechanization has meant that the crew can work the entire day without being exhausted. No one is worn out. Furthermore it was also more dangerous before, now the pot just lands on the table, without bouncing around. It’s incomparable!” Thomas Jensen, says. 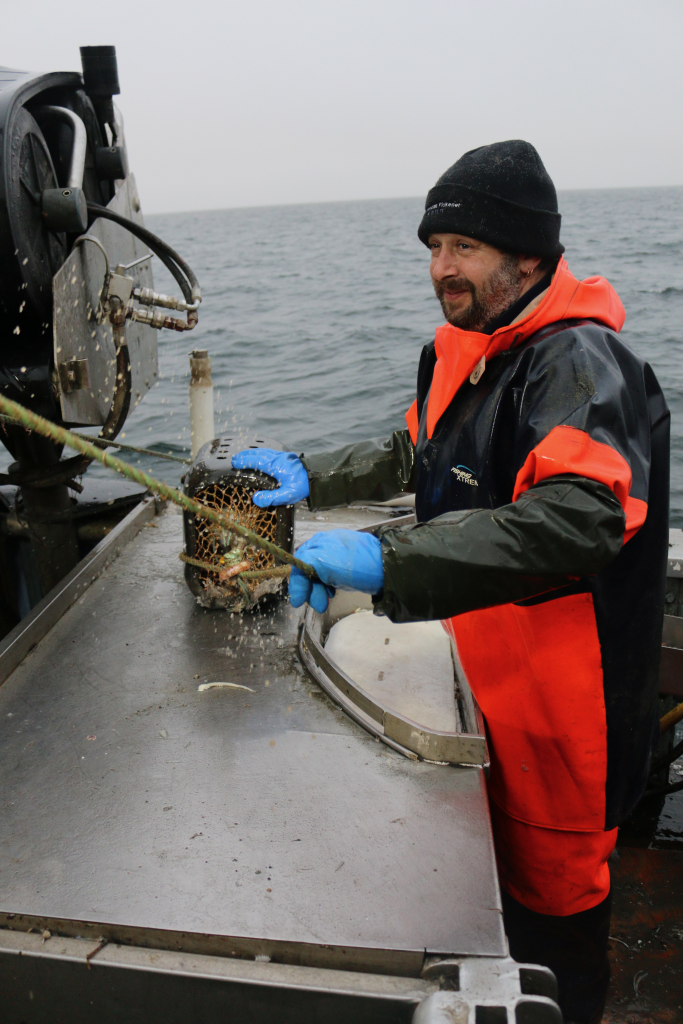 A simple pull and the line is relieved from the main line.

”In regards to efficiency; We are not fishing faster than before but we are getting a better product with the washing machine and we can work for much longer. Before we had to stop, because the crew was fatigued. Now we can just go on and on.”

The design is to a high degree invented by the skipper Thomas Jensen and the company Aquamind, that specialise in solutions for fishing boats. The design involves line guides, new placement of winch, to avoid lifting the pots of the winch. The sorting table and the washing machine is integrated and transports the catch away from the fisherman, while cleaning for barnacles, algae and sand.

The payback time for a system like this is about 1 year with pre-corona prices.

Fishing with pots is sustainable and can be lucrative, but it is a hard physical job and often the crew’s backs, hands and fingers are injured when the heavy pots are moved around the ship. This reputation is believed to be scaring away interested fishermen. This project can hopefully convince fishermen that fishing with pots can be done without injuries from heavy lifts.

Data from the last two years show that there is a 5% increase in pot handled after the instalment, which corresponds to a 7% increase in earnings per trip. 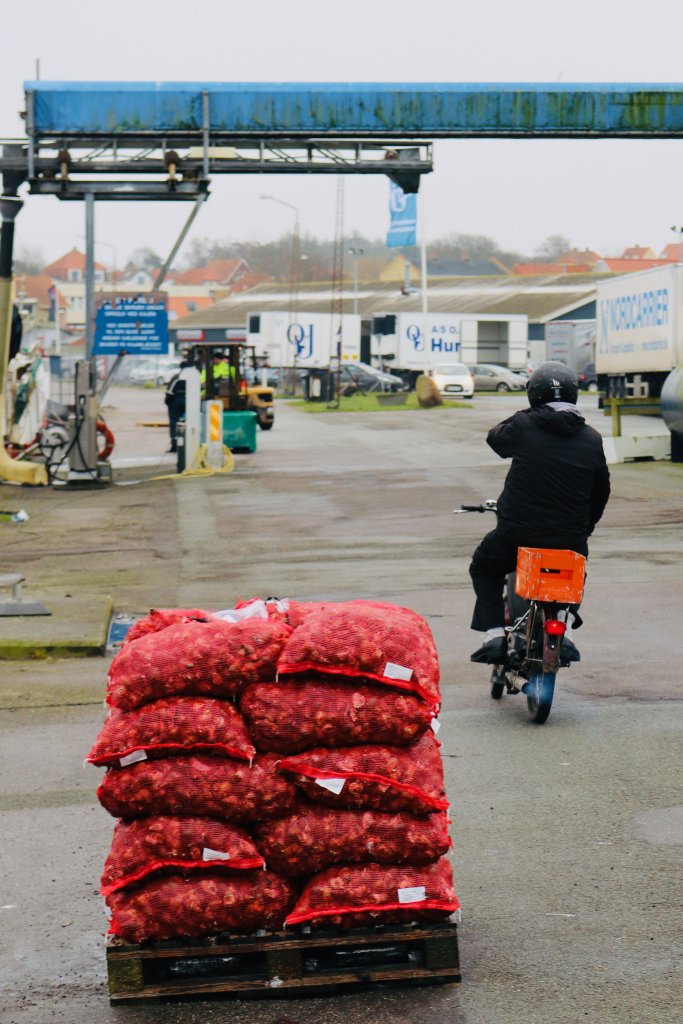