Coronavirus outbreak on Spanish vessel that landed in Castletownbere 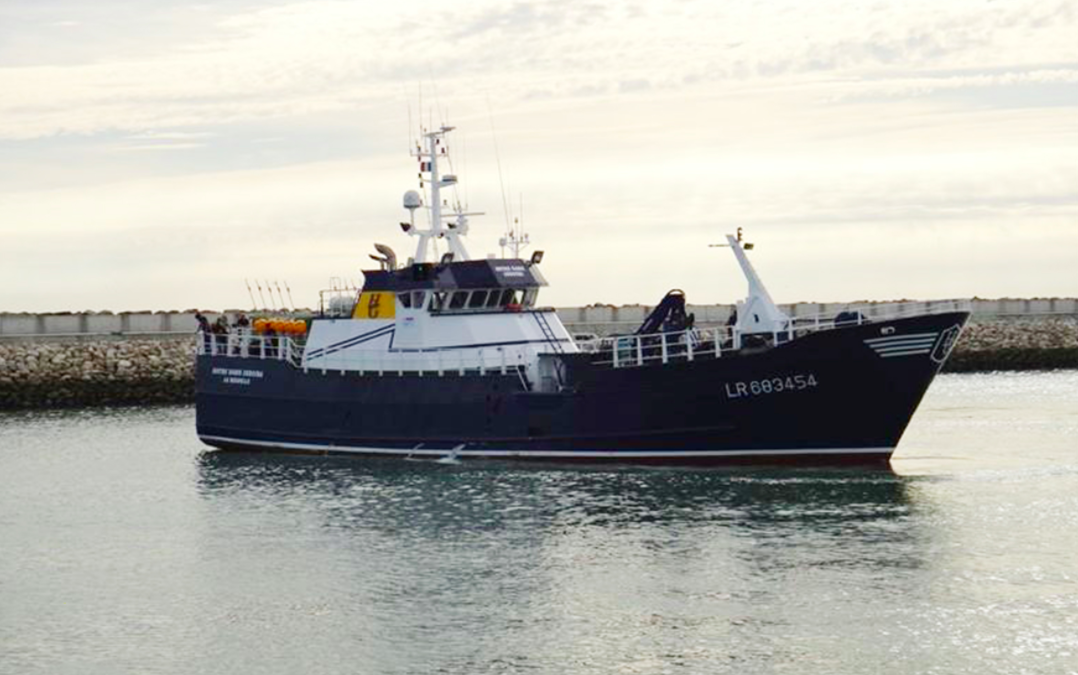 A French-flagged, Spanish-owned longliner that landed in Castletownbere less than two weeks ago has been quarantined in a Spanish port after the skipper and several crew members onboard tested positive for coronavirus.

According to reports in the Spanish press, the Notre Dame Cedeira is currently docked in the port of Celeiro having arrived in the port on Friday, May 3rd after the skipper reported feeling unwell while they were fishing off the Gran Sol.

On landing, the skipper was subsequently transferred to Hospital Público de Mariña in Buerla, where he tested positive for the virus. All 15 crew members on board were also tested on arrival in port.

Results from the tests, which they awaited onboard the vessel, subsequently confirmed six additional cases among the crew, who have since been transferred to their homes where all bar one are now in quarantine. It is understood one crew member has been quarantined in a hotel.

It is further understood the crew members who have tested positive are asymptomatic.

Reports also indicate an additional crew member, who reportedly had felt unwell since the vessel left Spain three weeks ago, tested positive for virus antibodies, suggesting he had had the virus but had since recovered on the three week trip.

The longliner, which originally left Spain on April 10th, landed into Castletownbere on April 21st.

According to reports, the skipper of the La Rochelle registered 33-metre vessel informed Spanish authorities that none of the crew went ashore when the vessel landed fish in Castletownbere. However, it is unclear as of yet whether Irish authorities had been notified.

The news of the outbreak comes following blockades of Dingle pier in March and April by fishermen and residents protesting risks associated with, what they see as, inadequate checks on foreign vessels landing at the pier, amidst fears of the spread of coronavirus in the town by crews off those vessels.

In the early hours of the morning of April 20th, as many as forty protestors comprising local fishermen and residents prevented a French-flagged, Spanish-owned vessel landing at the pier, which subsequently made its way instead to Castletownbere, where it landed.

A blockade in March involving some thirty fishermen at the Kerry port eventually saw two French-flagged, Spanish-owned vessels divert south instead of landing in either of the south-west ports.

Though the initial blockade by fishermen in March was quickly ‘condemned’ by several of the largest fishing organisations in the country and by the Minister, the fishermen involved in the blockades say their actions, rather than being about fishing, were motivated by a concern for the health of their communities in the context of the current pandemic and the guidance that appears to apply to all other aspects of life in this context in terms of preventing the spread of the virus.

According to the Department of Health, screening at ports is not currently recommended by the World Health Organisation (WHO) or the European Centre for Disease Prevention and Control (ECDC).

Though currently individuals entering the country—apart from those coming from Northern Ireland—are required by the Government to restrict their movements for 14 days, these restrictions do not apply to essential supply chain workers, among them hauliers and maritime staff, who are not showing symptoms.

Measures that have been put in place—requiring the submission Maritime Declarations of Health and an updated crew list before arriving into an Irish port, and new guidelines involving designated landing spaces for vessels—have not alleviated their concerns, say the Dingle fishermen.

Meanwhile, back in Spain, concerns were raised last month about testing protocols for fishermen and crews on Spanish vessels, after a crewmember on the Spanish longliner, Ribel Tercero displaying coronavirus symptoms was evacuated off the vessel at the beginning of April. The fisherman, who was transferred to hospital, later tested positive for the virus. The vessel had been at sea with some fifteen days by the time the fisherman was evacuated.

Despite authorities having been fully informed by the vessel owner and company of the case on board when the Ribel Tercero landed in Vigo, the vessel’s nine other crew—who on arrival waited for the deployment of some kind of protocol which was not forthcoming—were eventually transferred by the vessel owner to their homes for quarantine without knowing if they had the virus or not.

Given the crew were allowed to return home prior to testing rather than being tested in port on landing, the case raised questions in Spain regarding the protocols in place for dealing with positive cases on board vessels at sea.

Regarding preventing cases arising on board in the first place, the country’s fishing organisations have called for mandatory testing for all fishermen before boarding, given the risk of contagion among fishing crews on account of the limited space onboard fishing vessels.

Concerning the cases onboard the Notre Dame Cedeira, reports indicate the vessel was met by relevant authorities when she landed in the Spanish port. According to the port manager, applying the protocols was simple and they had time to prepare everything before the arrival of the vessel.