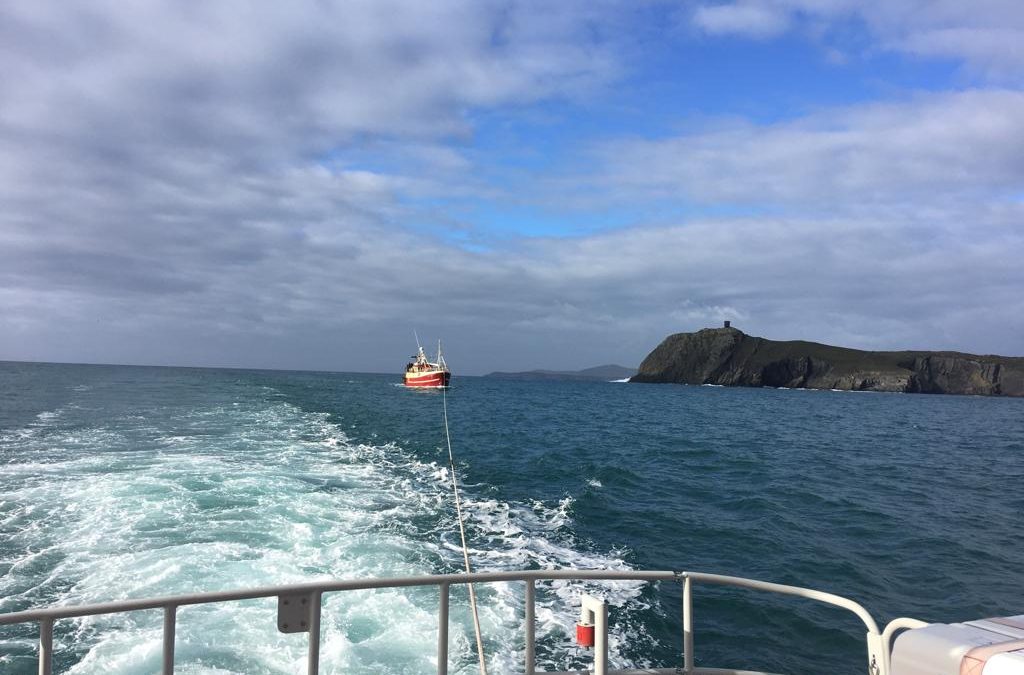 The alarm was raised when the vessel, with four persons on board, experienced mechanical difficulties eleven miles west of the Bull Rock.

The alarm was raised with Valentia Coastguard Radio requesting immediate assistance who in turn tasked Castletownbere lifeboat at 03.27 a.m.

The lifeboat was launched within minutes under the command of Coxswain Dean Hegarty and five crew and located the fishing vessel at 05.20 a.m. 28 miles west of Castletownbere Harbour. There was a 3-4 metre swell and the wind was Force 5 westerly.

The lifeboat took the fishing boat under tow shortly afterwards and brought it to safety within Castletownbere Harbour arriving at 12.00 midday.

Commenting on the callout Castletownbere RNLI Launching Authority Felix O’Donoghue said, ‘The crew are to be praised for their quick response and swift launch this morning. They spent eight and a half hours at sea and thankfully the outcome has been positive.”