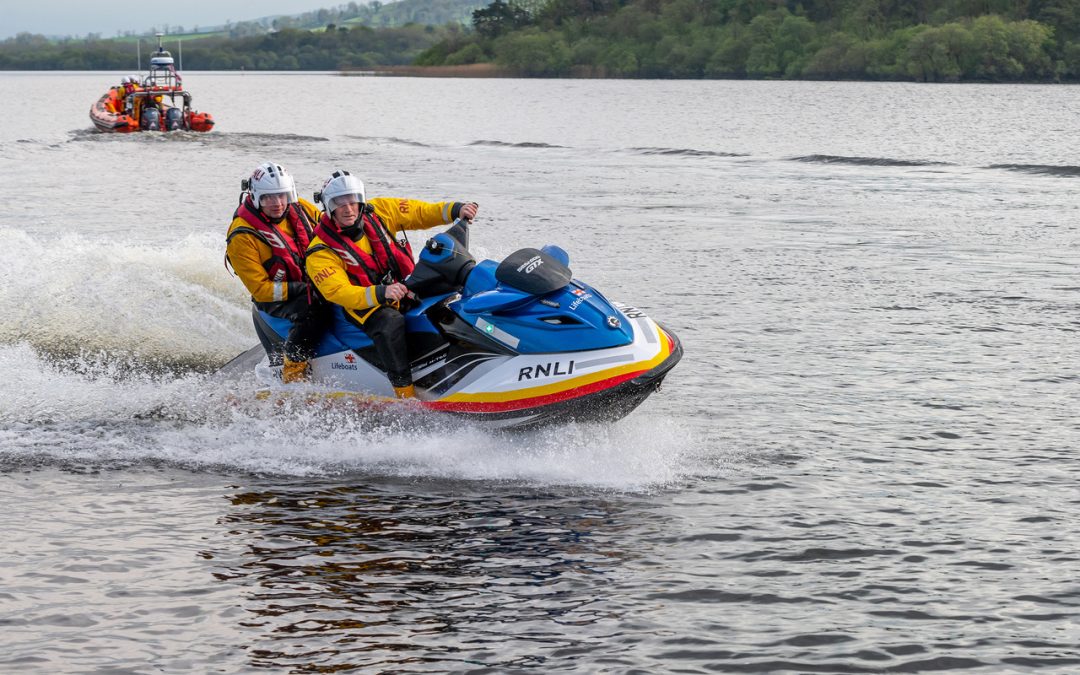 Would you volunteer within your community? Carrybridge RNLI is looking for new volunteer crew members to join its search and rescue service on Lough Erne.

The station is now calling on new volunteers to come forward and find out how they can get involved in helping the charity continue to save lives at sea and on inland waterways. To that end, the station will be hosting an open evening later this month for all interested candidates to learn more. Come and meet us at 7.00pm on Thursday 21 November at Carrybridge Lifeboat Station.

Carrybridge RNLI was established in 2002 due to the increase in pleasure boating activity on Lough Erne. In October 2015, a new station was officially opened and a larger Atlantic 85 lifeboat was placed on service in November 2017, to replace the older Atlantic 75 and to join the existing Rescue Water Craft.

This year to date the lifeboat, Douglas Euan and Kay Richards, and Rescue Water Craft have launched 41 times on service in addition to our weekly training exercises.

Now, Stephen Scott, Carrybridge RNLI Lifeboat Operations Manager is calling on any volunteers who may be interested to come along to the station on its open evening and find out more: ‘We are looking for anyone aged 17 years and over who is willing to offer some of their free time to join what I believe to be, one of the most exhilarating and rewarding voluntary services that is out there. While experience on the water is helpful every volunteer receives first class training from the RNLI and learns new skills which can benefit them in many walks of life. Lifeboat crew members need to have a reasonable level of fitness.’

For anyone who feels they have the time and commitment to volunteer for the charity which is on call 24 hours a day and 365 days a year, is asked to email Stephen at stephen_scott@rnli.org.uk.