James Doyle’s new Gemini Catamaran, Bridie May WD 321, built and fitted out in Peterhead by Anderson Marine, made the trip home to Arklow early in the summer and is busy fishing for whelks off the East coast. 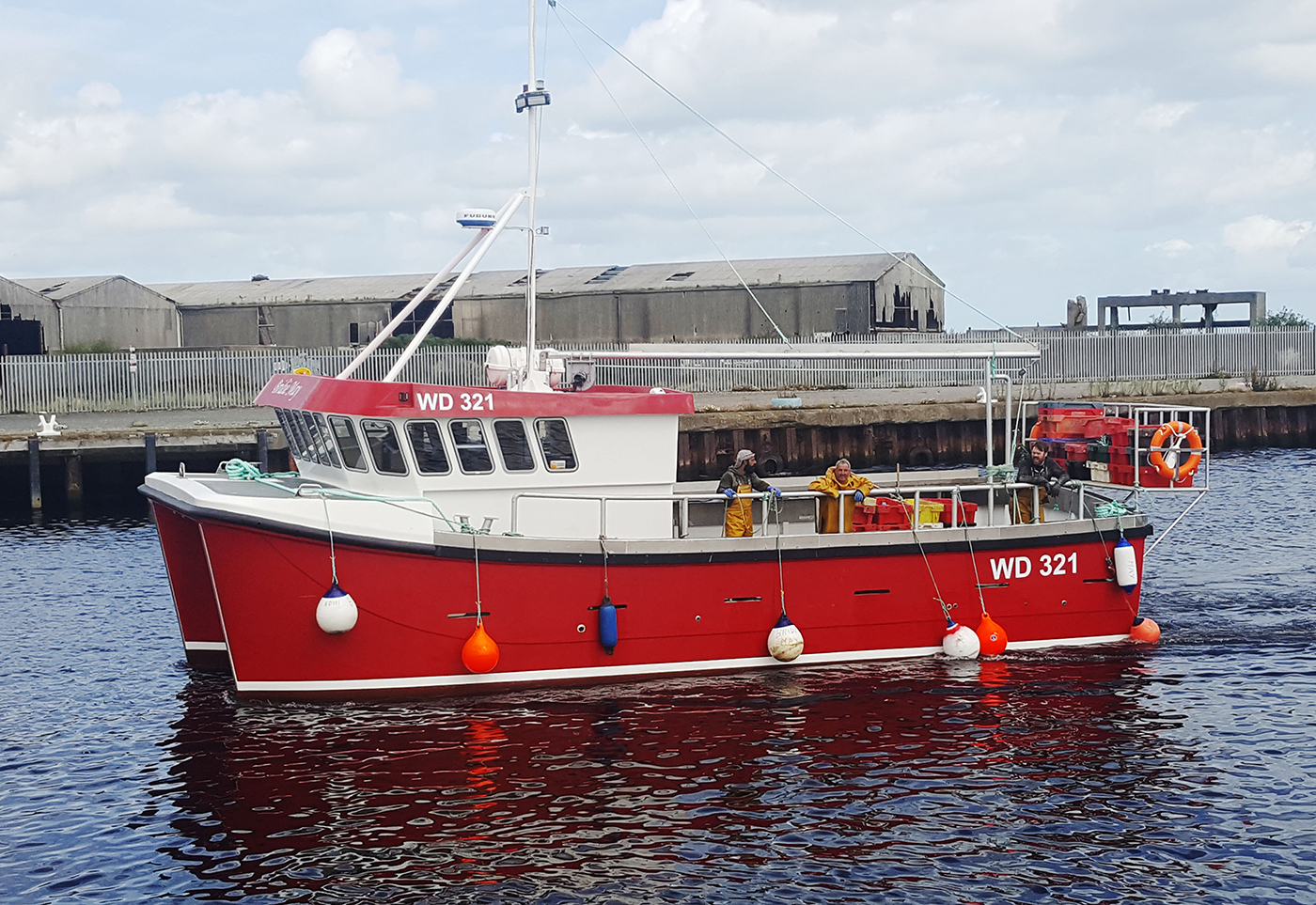 The Doyle family’s new Anderson Marine built Bridie May steamed home from Peterhead to Arklow at the beginning of the summer and, skipper d by Gavin Doyle, has recently joined the other two Doyle family boats—the Memorare and Fort Ranger—fishing whelks off the east coast.

The three boats, which are owned by James Doyle alongside his sons—Skipper Gavin and Dermot who is only coming back to fishing after a two decade long hiatus as a butcher—between them provide employment for between 9 and 12 people, depending on the fishing.

The impressive Bridie May is the first new boat for the Doyles. Speaking to The Skipper on the pier in Arklow, James Doyle, who has been fishing from Arklow for more than thirty years, explained that they had made the decision to go for a new boat as they family wanted to expand the business.

“The timing was right,” James said, and with accountants Hughes Blake/ Bakertilly in Enniscorthy onboard to see them right, they went for it.

And with the boat, the Doyles knew exactly what they wanted. Bar the electronics, Anderson Marine looked after the entire build. “The Gemini was the boat we wanted – she’s the Ferrari of boats,” said Gavin.

With an overall length of 12 metres, a beam of 5.1 metres and a draft of 1.5 metres, the Gemini G12 has plenty of deck space and plenty of room for some comforts.

Supplied by Watermota Ltd, the Bridie May is powered by 2 x Doosan L136 8.1 ltr, 6 cylinder marine engines connected to 2 x D-I Industrial DMT 90 3.12: 1 gearboxes. The vessel’s propulsion is supplied by Michigan props. All electrical work aboard the Bridie May was carried out by Peterhead Marine Electrics.

Steering gear aboard was supplied by Wills Ridley Steering. The windows and doors aboard were supplied by the UK’s lead supplier of marine windows — Seaglaze Marine Windows Ltd. Fuel tanks and water tanks were manufactured in house by Anderson Marine.

The full package supplied is as follows:

1 x Garmin echomap plus system with sideview transducer for back up sounder.

The Doyles brought Johnnie over to Scotland to kit her out as they felt that if anything went wrong he’s just down the road in Waterford and they can just ring him up. “Johnnie has everything. He’s very good, he’s very neat,” said James.

“And Chris Hannon down in Waterford does the engines, stocks the Doosans, so he’ll be servicing her,” he said.

In terms of standout features, speaking to The Skipper, Chris Anderson of Anderson Marine said, “she has a very large working deck area, it has a toilet and shower room, a well laid out wheelhouse, with seating area for two.”

And, indeed, it was with comfort and safety in mind that the Doyles chose the G12.

“She has plenty of room and she’s well equipped,” said James. The vessel has also already proven her seakeeping abilities and deals unbelievably well in a big swell, said Gavin.

The comfortable accommodation for the skipper and crew on the Bridie May boasts a shower room, 4 berths, and kitchen kitted out with an over and microwave, the lot.

2 fish rooms provide ample storage for the Doyle’s catch, which they sell directly to Sofrimar who they are very happy with and have a great relationship with. The pots onboard were supplied by Boxmore Plastics, John Morgan supplied a whelk riddle and a few other bits and pieces, safety equipment by Swan Net-Gundry, ropes by Swan Net and Kehoe Marine in Kilmore Quay.

Speaking to The Skipper, Chris Anderson of Anderson Marine congratulated James, Gavin and Dermot and said, “Jimmy Doyle and his sons were excellent to deal with. They were very understanding and knew exactly what they wanted.”

“Jimmy,” he said, “is an absolute gentleman to deal with.”

The Doyles said they were very happy with the build and the work that Chris had done.

Talking about fishing and the future James said, “We’re after a good couple of years the last few years,” said James. “Prices went up, but they’ve dropped back a little in the last month. If they didn’t drop back anymore it would be fine it would be alright,” he said.

The other boats, though they are fishing them are getting old and so, said the Doyles, who knows – if they get on well with the Bridie May they might set their sights on another Catamaran in the future!

The Skipper team would also like to take the opportunity to wish James, Gavin, Dermot, their family and crew every success and safe fishing with the Bridie May. 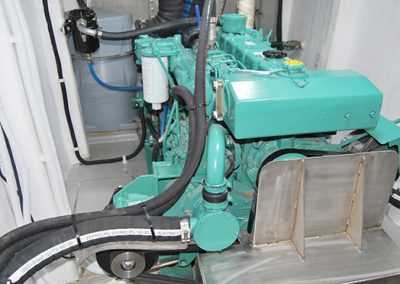 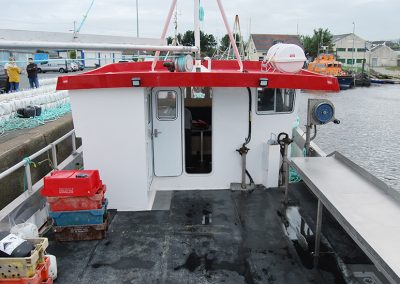 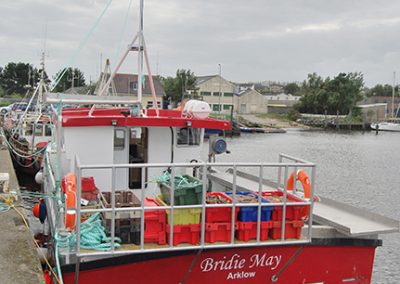 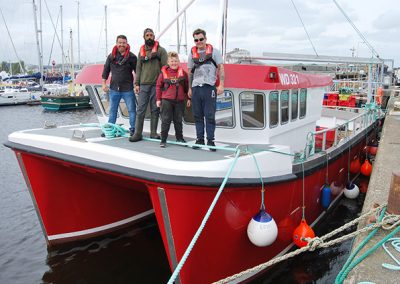 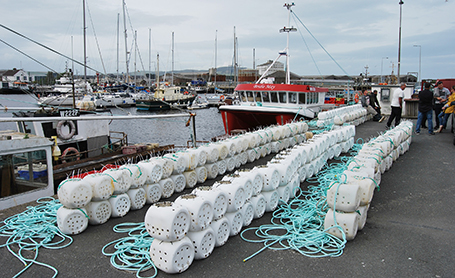