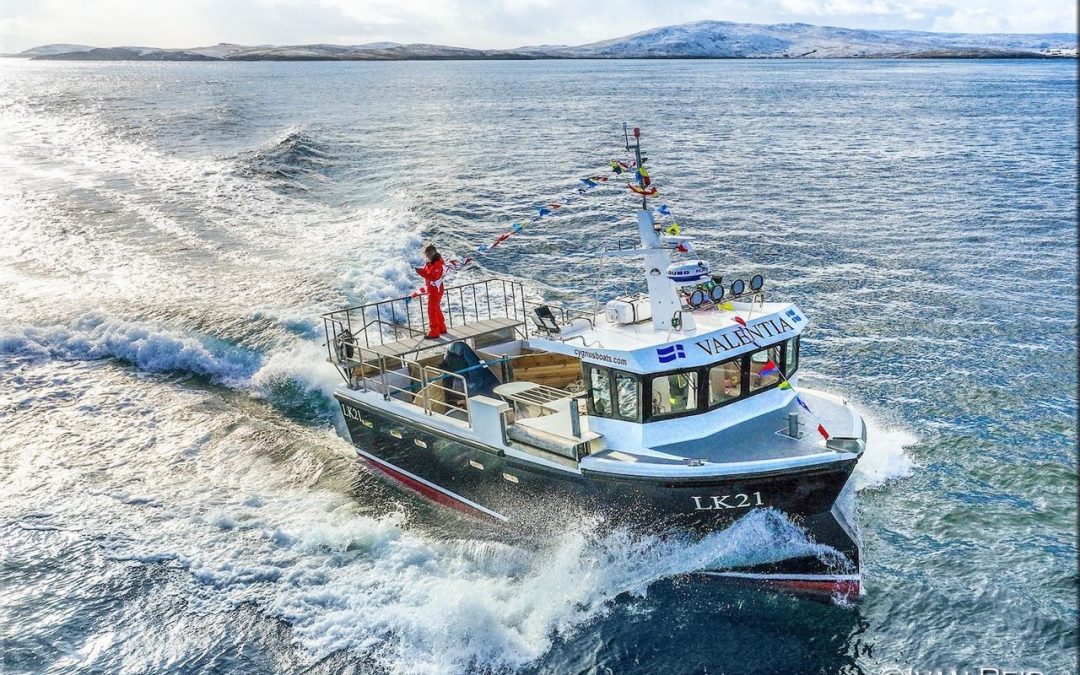 LOCAL skipper Richard Grains says he was pleased how his new crabber Valentia LK21 performed during her 800-mile journey from Valentia Island, in the southwest of Ireland, to Shetland earlier in March.

The new vessel arrived at the Vidlin marina for the naming ceremony at the weekend of the 19/20 February after successfully dodging Storm Dudley on her four-day journey north.

Built by Murphy Marine Services of Portmagee, the 10-metre vessel is based on the well-established Cygnus Typhoon 33 hulls but has been adapted further to give her more stability and seaworthiness for the rough and exposed waters to the west of Shetland.

The new vessel is a significant step up from Richard’s previous boat, also called Valentia and built at the same yard about 10 years ago.

The main reason for the upgrade, Richard said, was safety and comfort considerations. 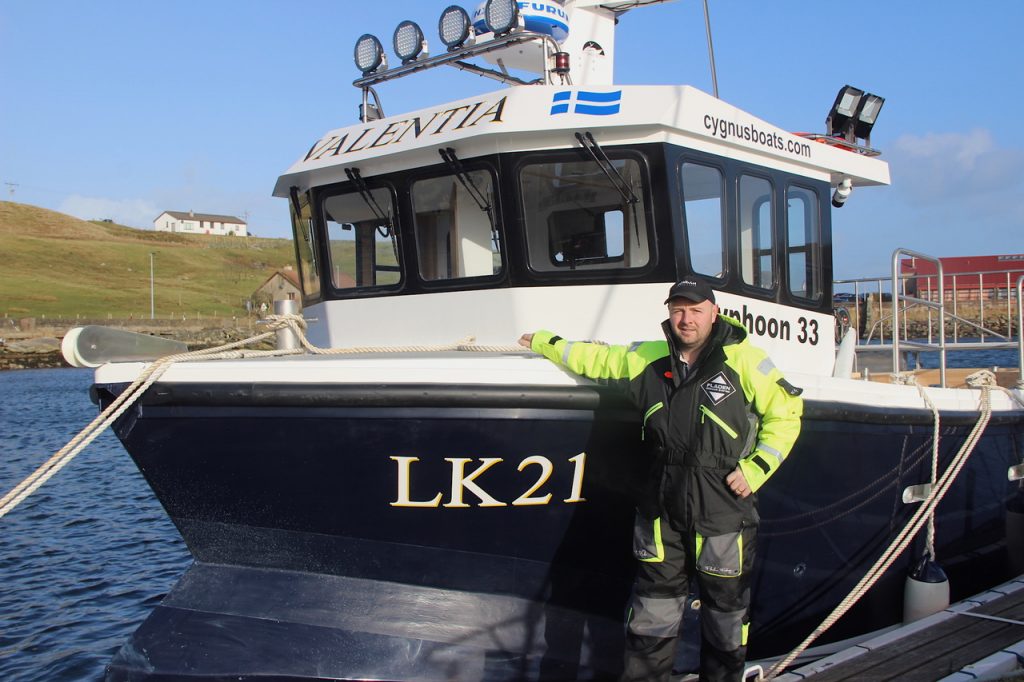 Based at the Collafirth pier in Shetland’s north mainland he is fishing for brown crab in the exposed waters to the northwest, but also does velvet crab and buckie fishing and hopes to be able to do some jigging for cod during summer months.

“A major reason for the bigger boat was safety. It is not a great piece of water I fish in, and safety is paramount,” he said.

The new vessel, powered by an Iveco C13 diesel engine, is three feet longer and three feet wider than the previous Valentia and thus gives more stability but also more space for the two crew to work on.

The 37-year-old full-time fisherman has been working creels since he joined the industry back in 2007 and is now on his fourth vessel.

A member of the Shetland Shellfish Management Organisation (SSMO), the amount and size of crab he is able to land is regulated and monitored. He has a permit for 600 creels and the new, larger boat will not change that.