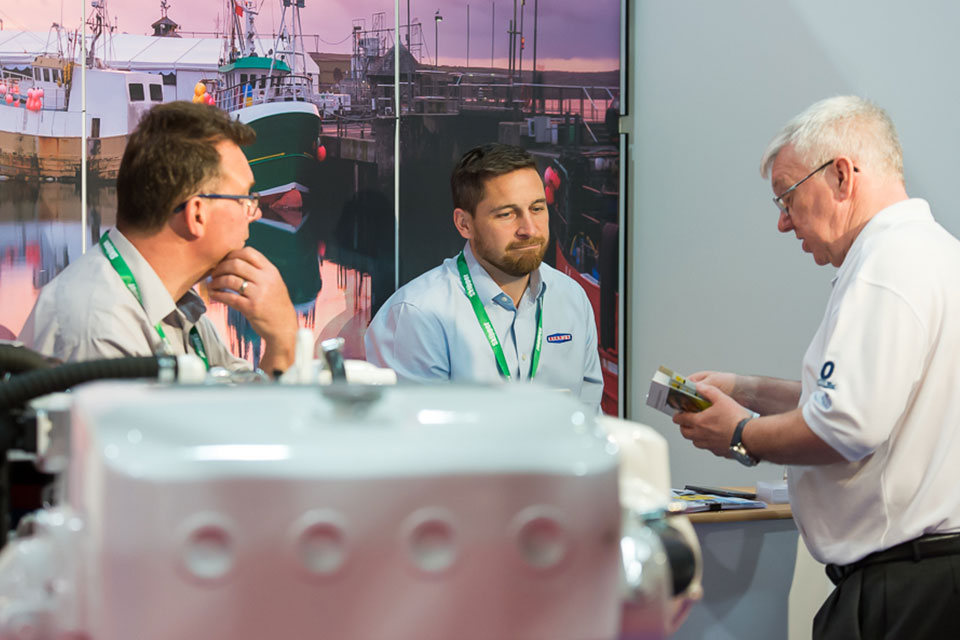 Sam Pearson, Sales Engineer for John Deere marine engines at Barrus, headed up the stand and received a number of decent enquiries on the range of John Deere engines from 80hp – 400hp; which included the new 4045SFM85 which was on display for the first time at the event.

The show gave the opportunity to give more exposure to the recent PowerSight development which resulted in positive comments and feedback on its capabilities.

A number of boat builders which use John Deere engines also reported successes from the show!

“As always, Skipper Expo Aberdeen was professionally run and filled with a high-quality visitors and decent enquiries,” commented Sam. “The flagship Skipper Expo just gets better and better – it’s one that you really don’t want to miss!”