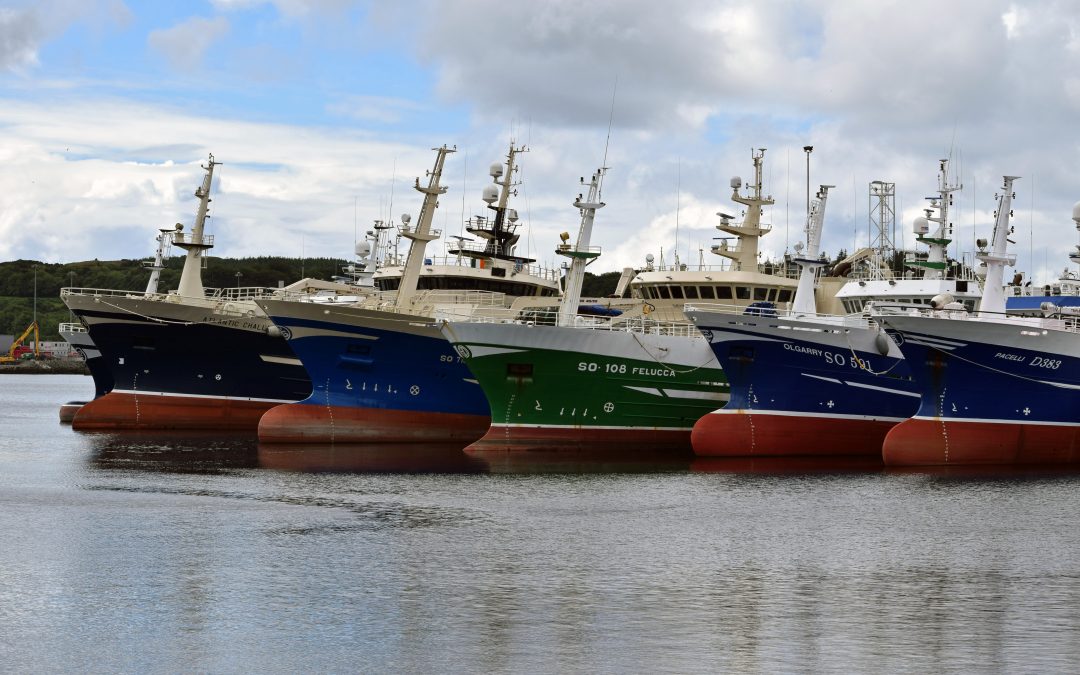 Calling on the Taoiseach to urgently amend the legislation, in a statement this evening Killybegs Fishermen’s Organisation (KFO) CEO, Seán O’Donoghue said that the fishing industry is livid that Taoiseach, Micheál Martin, acting as Minister for Agriculture, Food and the Marine, enacted highly controversial penalty points legislation yesterday (Friday, August 28) with zero consultation with fishermen and in spite of having stridently opposed it, while in opposition.

“This is quite simply, a scandalous and a very misguided step by the Taoiseach. We have made our point regarding the penalty points measure on numerous occasions and we were fully supported by Fianna Fáil when they were in opposition. We are not against a penalty points regime since it is an EU requirement but there must be an equitable manner of administering this.

“Page 82 of the current Programme for Government commits to ‘Implement a fair EU points system in order to protect fish stocks and ensure the release of suspended EU funding.’ This signing of the Statutory Instrument (SI) by the Taoiseach has come completely out of the blue and putting it mildly, is neither fair nor reasonable and runs contrary to the Programme for Government of introducing a fair system.

“Our industry is simply apoplectic. The SI must be amended and the offending parts removed such as the burden of proof to be changed to beyond reasonable doubt, no right of appeal to High Court except on a point of law and incredibly, even if the fisherman is successful in the High Court, the penalty points would still remain on the licence,” concluded Mr O’Donoghue.

Earlier today, and echoing the points raised by Mr O’Donoghue, Sinn Féin spokesperson on Fisheries and the Marine Pádraig Mac Lochlainn TD called on the Taoiseach to urgently clarify why he signed off on the SI on Wednesday without consulting with the industry.

“Mícheál Martin knows full well the huge controversy around this proposed penalty points scheme over recent years. He needs to urgently clarify why he signed off on this Statutory Instrument as an acting Minister for the Marine and without consulting with representatives of the Irish fishing industry,” he said.

“The last two Fine Gael led governments attempted to introduce a penalty points system, but this was first overturned in the Supreme Court as it was deemed unjust and then the last Dáil passed a motion to annul and rescind a subsequent S.I (S.I. No. 89 of 2018). Micheál Martin must remember this as the motion was put forward by his party’s then spokesperson on the Marine and Donegal TD Pat The Cope Gallagher.

“Fishing industry representatives have been clear all along. They are not opposed to a penalty points system but it must be a fair one, based on natural justice where the law enforcement agency (the Sea Fisheries Protection Authority in this case) must prove a person(s) guilty beyond a reasonable doubt, with the right to appeal to the High Court and that no penalty points would be apportioned to any boat if the owners are successful in their appeal or defence.”

“The fishing community around the Irish coast has been severely hit by the global pandemic and they have been abandoned by their government without any adequate financial support. They are also deeply worried about the growing danger to their industry from a no deal outcome in Brexit trade negotiations.

“In that context and considering the controversial history of this scheme, this is a deeply disturbing action by the Taoiseach.”