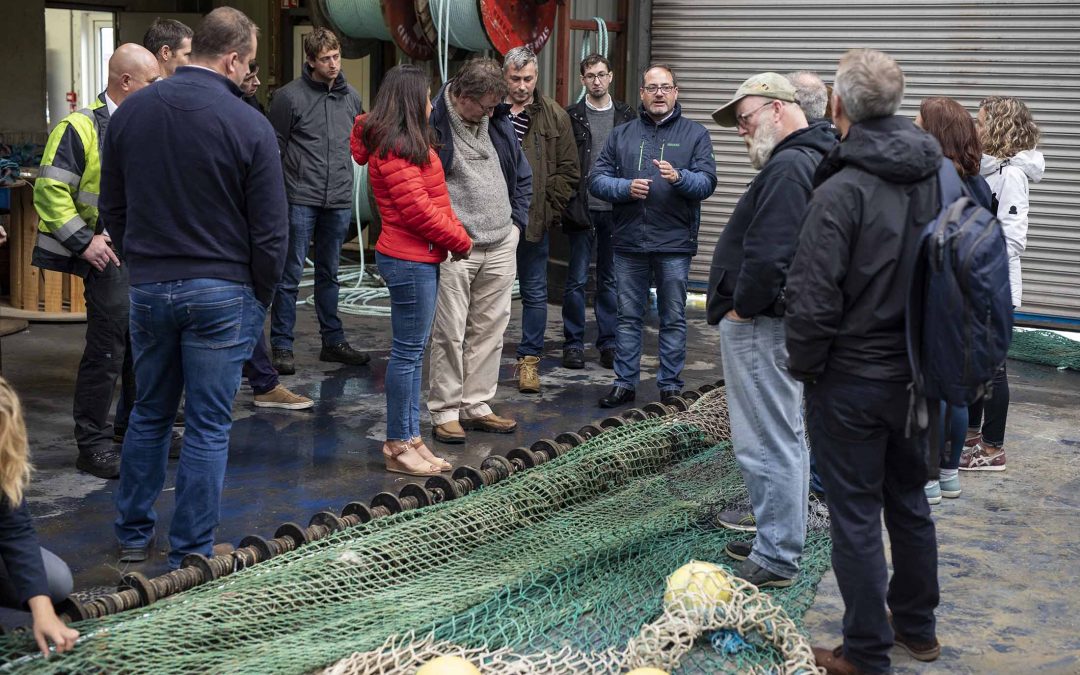 The workshop built on the conclusions from the joint NWWAC/Market Advisory Council workshop on “Plastics and the Seafood Supply Chain”, held in Brussels on 07 November 2019 which brought together experts and scientists with the members of nine Advisory Councils. Among those from Ireland who gave expert presentations were BIM’s Catherine Barrett, Cormac McGinley, Senior Harbour Master, Castletownbere, and Rodney O’Sullivan, Manager, Swan Net Gundry.

Around 50 participants from 10 different EU Member States discussed difficulties faced by the fishing sector relating to the proposed measures. These include the proposed introduction of an Extended Producer Responsibility Scheme, under which producers of fishing gear cover the costs of the separate collection of waste fishing gear and its subsequent transport and treatment, as well as the envisaged standardisation of gear, relating to the circular design of fishing gear to encourage preparation for re-use and facilitate recyclability at end-of-life, and the overall lack of data regarding volumes of end-of-life gear and current recycling rates.

Clear recommendations from the workshop include the need for a full lifecycle analysis of the various types of fishing gear, as well as a complete supply chain analysis in order to arrive at a clear picture of the scale of the issue. While communication and awareness raising within the sector are paramount, it is vital that all stakeholders at local, national and EU policy level come together to coordinate their approach, as this issue falls within a number of policy areas, namely fisheries, waste management and circular economy.

People who fish are part of the solution and their enthusiasm and involvement, not only in voluntary Fishing for Litter schemes, but also in finding practical solutions for design, collection and disassembly must be acknowledged and applauded.

The full workshop report, which has just been published, is available in English, French and Spanish in the publications section on the NWWAC website www.nwwac.org