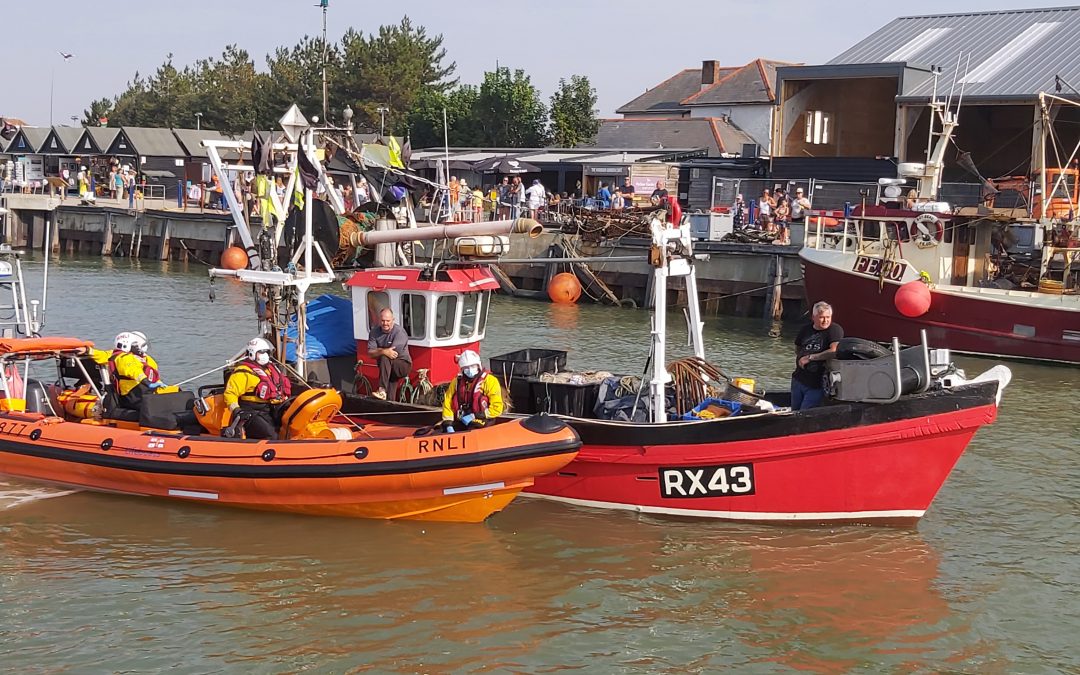 A 30ft fishing vessel and its two-man crew were assisted by the Whitstable RNLI Atlantic 85 lifeboat Lewisco after the vessel encountered engine problems off the town on Sunday afternoon, August 9th.

“We were on our way to our fishing ground when we began to have engine problems 2.5 miles out and we were very pleased to see our local lifeboat arrive to give us a tow especially in the current situation”, said Brian Foad Skipper of the Whitstable-based fishing vessel Simon Issac

Whitstable lifeboat helmsman Mike Keam said ‘The Simon Issac was a heavy tow and fortunately we had calm conditions in which to operate. Both lifeboat and crew coped well and we soon had the vessel back alongside its berth in Whitstable harbour. It is always nice to be able to help out with our local fishermen’.

Whitstable lifeboat and its volunteer crews have been called out 42 times so far this year.