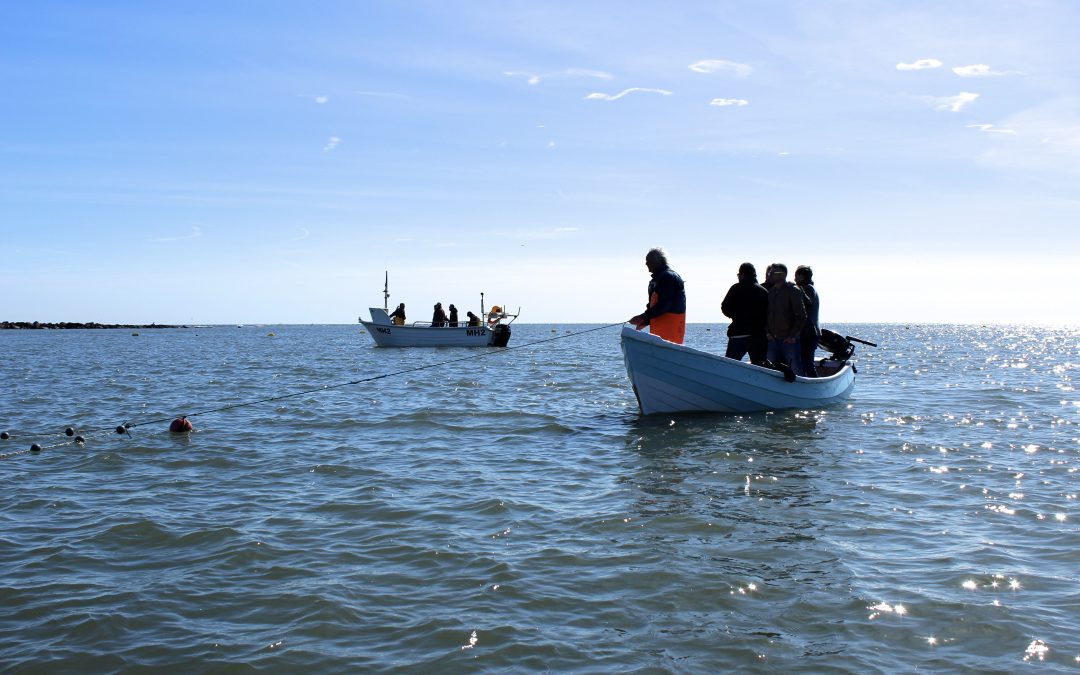 The release of the UK’s Environment Agency’s much-anticipated response to a consultation on maintaining the current fishing season for Filey has brought little good news for the fishermen of Filey.

Determining to cut the current season by a crucial month—putting all local fishermen’s livelihoods at risk—the consultation, say the Filey fishermen, fails to recognise their submission, which included 25,000 signatures from members of the public.

The fishery, which has been at the heart of Filey for over 1,000 years, is now at risk of being lost to the local Yorkshire community that has prized it for generations, they say.

Already struggling with the impacts of Covid-19, which has led to the fishery’s temporary closure due to lack of access to markets, fishermen in Filey received a devastating blow last week, in the form of a formal consultation response from the Environment Agency (EA) about the future of their fishery.

The EA have deemed that the consultation proposal to maintain the fishing season as it stands, which allows fishing for just five months of the year, is not viable, and that fishing in Filey should be further curtailed.

The EA claim the overwhelming consensus of consultation respondents was in favour of this measure, but local fisherman Rex Harrison notes the response of The Filey Few (the six remaining fishermen in Filey bay) has not been included.

“We campaigned for two years to keep fishing in Filey – during that time we collected more than 25,000 signatures online and in-person. We submitted those signatures from the Filey fishermen into the consultation process – it’s not listed as a response. Public opinion was on our side,” the fisherman explained.

Harrison further notes that the phraseology of the consultation is misleading: “The EA have listed this as a consultation to ‘extend’ the fishing season—this simply isn’t true. We were asking not to have our season cut. We’ve been fighting this battle since 2018, and we don’t understand why—our fishery is clean, low-impact and such an important part of the local community.”

At-sea trials were held in 2019 by the EA, with the cooperation of local fishermen, to determine whether the fishery has adverse impacts on endangered salmon stocks. Across a given year, log-book data from the local fishermen shows they catch—and make a living from—around 5,000 sea trout per year.

Alongside those sea trout, roughly 90 salmon are by-caught each year, the majority of which are released alive within less than a minute of capture (as the nets are constantly attended, and fishermen can quickly identify and release the salmon).

The 2019 EA trials concluded in agreement with the fishermen, with the consultation document stating the impact of the fishery on salmon stocks was ‘low’, with modified nets able to successfully target sea trout. During the 2019 trials, only 4 salmon were caught in total, of which three were released in 30 seconds or less and the remaining one was badly damaged by a seal.

With big-city markets currently shut due to the Covid-19 pandemic, fishermen in Filey face a tough year ahead, and this decision further curtails their ability to make a living from this heritage fishery:

“Our best fishing months for sea trout are the Summer months. We need to fish in August—we’ve shown we don’t impact salmon, and we’ll provide any data we need to, to help monitor sea trout stocks. My father was a fisherman—none of us have any interest in fishing in a damaging way. We just need enough time on the water to make a living”, concluded Rex Harrison