James West’s new trawler ‘Westro PD20’, built by Macduff Shipyards and delivered two months early, was launched on the pier in Peterhead at the end of March. 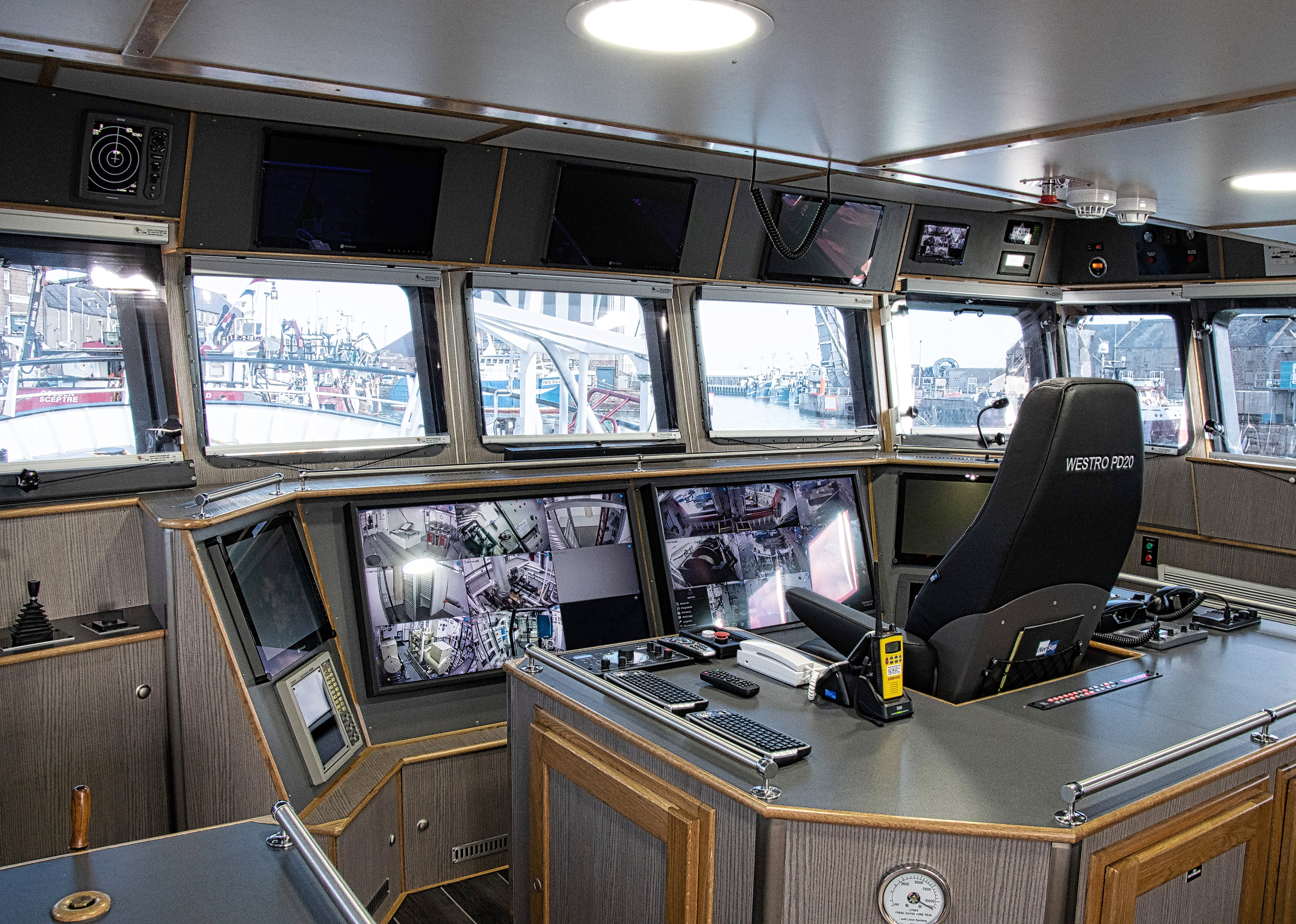 For one Scotsman, James West, the biggest thing going on this month was not talk of Brexit but the launch of his new boat “WESTRO”.

The Westro, which is owned by James West and P&J Johnstone Ltd, was delivered two months ahead of schedule by Macduff Shipyards and has been fishing since last January, was officially launched in Peterhead on the 23rd March. James’ son Ethan (6) named the boat at the launch—his wife Patricia West having named the previous boat. She’s the third boat for the enterprising 43 year old, who has been fishing since he left school and skippering boats for 23 years. James also owns another twin-rigger—the Golden Sceptre—which he bought in 2009 and which was also built at Macduff Shipyards.

The steel built 21.5m twin- rig trawler, which is working out of Peterhead and fishing mostly around the north-east coast of Scotland, has a 7.1m beam and a 4.1m draught. She is skippered by James himself along with 5 other crew, including his younger brother.

Speaking to The Skipper a few days before the launch, James, who is a member of the NESFO, described the boat as “a fine boat” and said that over the past two-month fishing has been “reasonably steady”. The Westro’s nets were designed by James himself, and include a set of 140’ scraper prawn trawls and a pair of 100’ disc prawn nets towed on 20mm Dynema warp.

After relying on Scanmar door sensors for all the time he has worked Golden Sceptre, James West says that he is looking forward to the upgrade in equipment and in technology that was installed on the new Westro including on the bridge where the new ScanMate 6 Receiver Unit will be centre of attention.

The Westro will use the QBC-X1 Smart chargers for charging SS4 Master Sensors, SS4 Clump Sensors and SS4 Slave Sensors. SS4 Sensors on the doors and the clump provide overall spread (door to door) and door to clump on both port and starboard trawls (door to clump). Although James will be provided information of where the clump is in relation to the trawl doors, he will also be using Scanmar’s Flow sensor on the headline to provide information comprising of Symmetry (i.e. is the trawl symmetrical to side currents), and Flow (the speed of water through the trawl).

The Westro is kitted out with a Finning UK Ltd. supplied Caterpillar C18 main engine (600hp @ 1800rpm), a Reintjes WAF374 7.467:1 reduction gearbox and a 2000mm propeller that was supplied by Teignbridge. She is also fitted with a QSL9 auxiliary engine (290HP @ 1800RPM), which was supplied by Cummins. A Cummins 6BTS5.9 (58kW), supplied by Beta Marine, provides the electrics onboard.

The vessel’s fish deck and deck equipment was manufactured by Macduff Shipyards and includes a three-barrel trawl winch (25t), two split net drums (9.8t) and two single net drums (9.8t pull). An MFB8 landing crane, which has a lift of 1000kg @ an 8-metre reach, was supplied by Thistle Marine. She is also equipped with a Gilson Winch, which was supplied by Brevini.

The wheelhouse display consists of 6 AG Neovo X 24” widescreen and 2 42”widescreen monitors giving a comprehensive overview of navigation, engine and fishing from the helm. The skipper also has access to a dedicated CCTV System with 15 onboard AHD Cameras and a separate Propeller camera all controlled through a 8 x 8 way HDMI Digital Matrix switch.

The fish handling system onboard was built by Macduff Shipyards and the fishroom refrigeration was supplied and installed by Airo-Tech Solutions Ltd of Fraserburgh.

The safety equipment onboard the Westro was supplied by Blue Anchor Fire and Safety. She is equipped with an 8-man life raft from Caley Fisheries.

Speaking to The Skipper, Matthew Macduff from Macduff Shipyards congratulated James on the new boat and said, “We are delighted to hand over the ‘Westro’ to James, it has been a pleasure working with him throughout the project and we trust that the ‘Westro’ will serve him and his crew well for many years to come.” 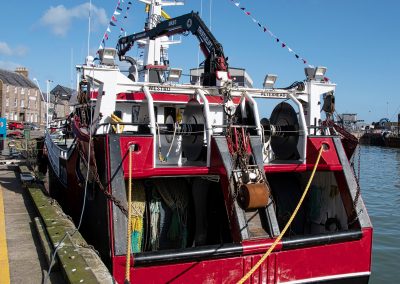 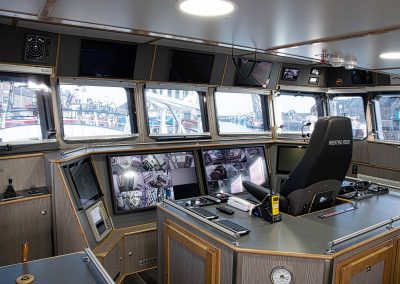 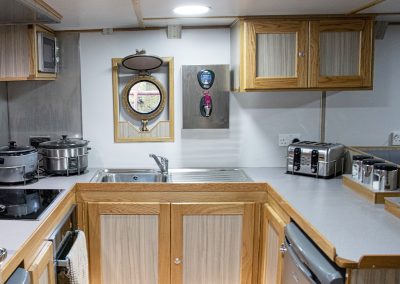 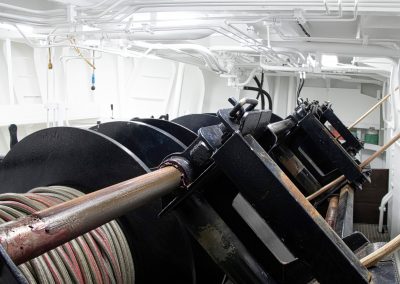 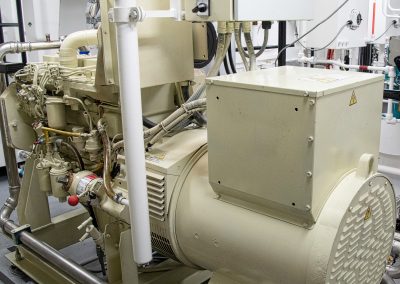 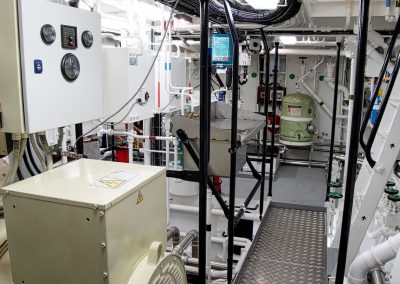 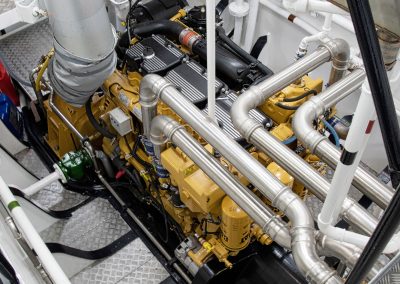 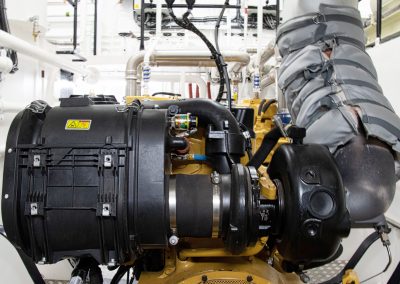 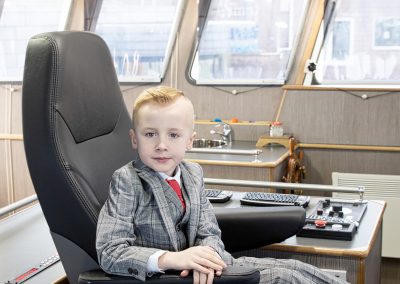 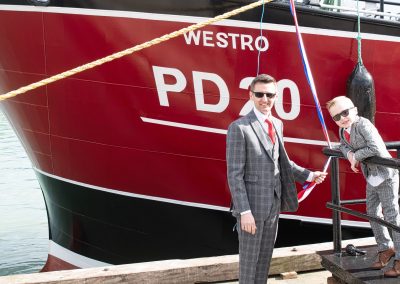 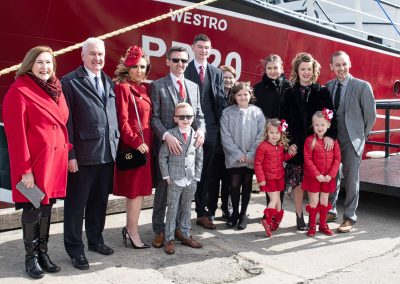