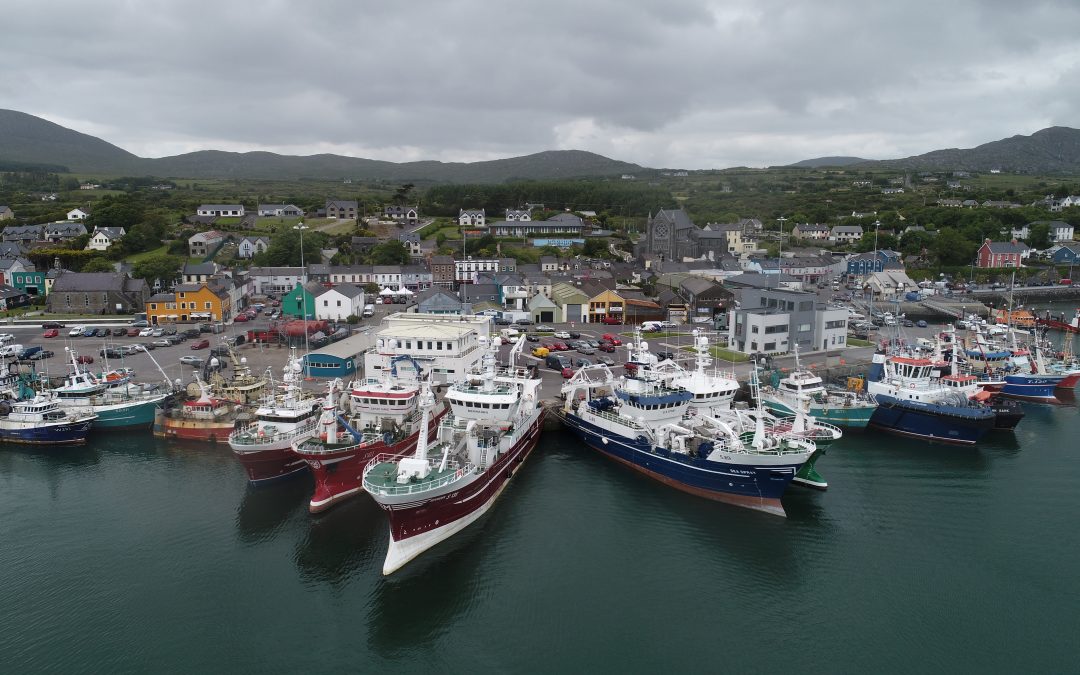 The Fishermen of the South & West Fish Producers Organisation based in Castletownbere in Southern Ireland are formulating a plan of action to prevent the potential catastrophic environmental damage from the proposed French Military Exercise due to take place off the Irish coast between the 23rd and 25th of June.

In late January 2022, The West Cork fishermen were successful in having planned Russian Naval exercises relocated outside of the Irish EEZ (Exclusive Economic Zone) and are now calling on the Irish & French Governments to provide a similar outcome to their concerns.

“We know the impact of military sonar and live missile launches have the potential to severely disrupt the annual migratory path of fish and dramatically interrupt the breeding season of Mackerel and other migratory fish species.

The Albacore Tuna fishery is opening for Irish vessels on the 23rd June in the waters of our continental shelf which could potentially be disrupted by these live fire exercises whilst also we believe this will cause untold damage to marine wildlife like whales and dolphins that are greatly affected by underwater noise.

As CEO of the Irish South & West Fish Producers Organisation I, Patrick Murphy have instructions from our member fishermen to implement a plan to highlight these dangerous exercises and consider any course of action that may disrupt these French military exercises due to take place on the 23rd 24th and 25th of June.

It is our understanding that live fire exercises cannot take place if our vessels are engaged in fishing in the area so we are discussing a plan with our Vessel-owners and Skippers aimed at once again carrying out a peaceful protest in our traditional fishing areas near the proposed area of the military exercise.

We understand that an aircraft exclusion zone has been announced for the area but we are dismayed at the lack of comment from our Government bar the Marine notice once again advising us to be cognisant of a marine law that should protect us rather than put us in harm’s way.

It would be infinitely preferable if these Naval exercises were stopped as a sign we in Europe are peaceful and not looking to escalate the current tensions but at the very least they should be relocated further south to waters, well outside of EEZ, beyond our 200 mile limit and away from our the men and women who sail their boats in our fishing grounds.

As multi-generational fishing families, our members were recognised as custodians of our waters and we propose that the Irish public help and support them in their efforts to protect and save this wonderful resource for future Irish generations.

Concern has also been raised by fishermen within our organisation of the likelihood of increased submerged submarine traffic by NATO forces transiting the fishing grounds off the west coast for the duration of the exercises.

The seas around Ireland are our workplace and while it can be a dangerous and hostile environment to make a living from, we and our natural resources deserve the right to protection from unnecessary and dangerous actions by foreign powers.

The consequence of naval exercises throughout the world’s oceans and seas have been well studied and documented, and their effect on especially whales and dolphins shows increased strandings and mortalities for weeks and months after the event.

Irish waters are well used to the exploits of foreign powers and their fleets that come to plunder our fishing resources, and once again the Irish South and West Fish Producers Organisation and its fishermen find themselves in the middle of a war game allowed by international treaties that will never take into account the coastal communities way of life.

As stated previously. we are calling for a moratorium of 10 years be introduced to stem these unnecessary Military exercises not just for any individual country but for all states that transit our waters.”