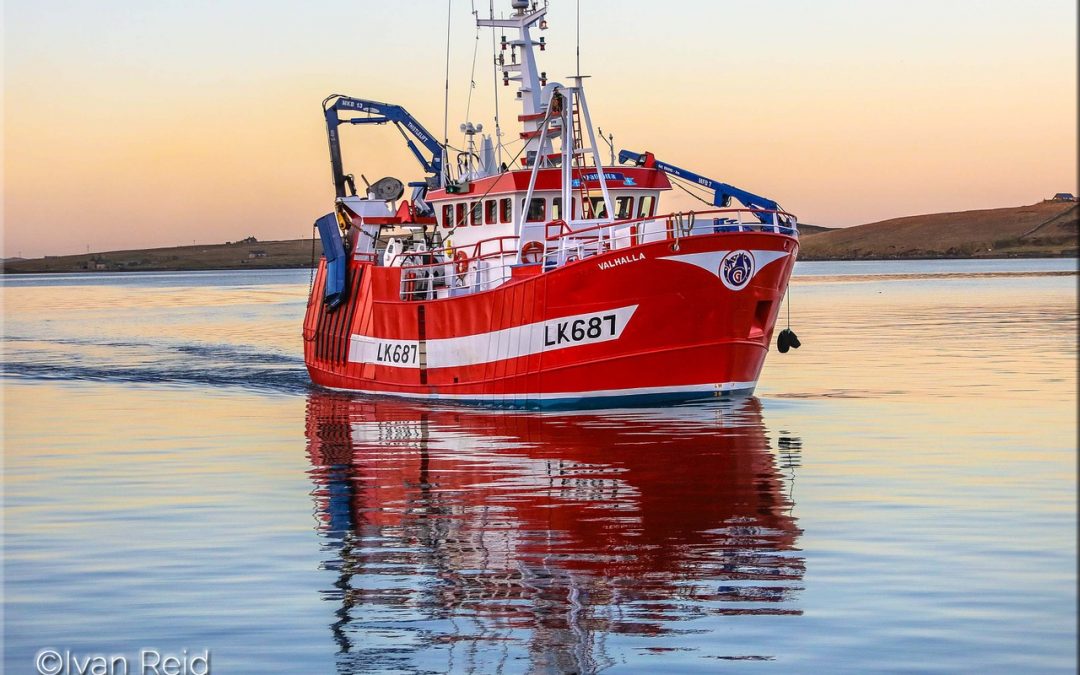 The UK has reached agreement with Norway and the European Union on catch limits for 2022 for six jointly managed fish stocks in the North Sea.

Negotiating as an independent coastal State, the UK has agreed catch levels for 2022 with Norway and the EU that provide fishing opportunities estimated to be worth around £190 million to the UK fishing industry, based on historic landing prices. This will provide certainty and stability for the industry ahead of the new year.

The agreement signals the Parties’ continued commitment to the sustainable management of North Sea cod, haddock, plaice, whiting, herring and saithe to ensure the long-term viability of these stocks. The agreement has also established plans to review the distribution and management of shared stocks such as hake – a measure that aims to safeguard stocks which are important for the whole UK catching sector.

Catch levels for five of the six stocks have been set in line with, or lower than, the level advised by scientists at the International Council for the Exploration of the Sea (ICES).

“I am pleased to announce we have concluded trilateral negotiations between the UK, EU and Norway. We are proud to have led discussion to a positive conclusion as we seek to set a gold standard for the entire fishing industry. We are confident that this agreement has struck a balance that will benefit both our fishing industry and ensure our marine environment is healthy and viable long into the future.”

“The UK Government has worked closely throughout the negotiations with the Scottish Government and other administrations to reach this consensus which seeks to benefit the entire UK fishing industry. An assessment on the number of individual TACs set consistent with ICES advice will be published on the conclusion of the UK’s annual fisheries negotiations.”

Elspeth Macdonald, chief executive of SFF, said: “The agreement reached through this three-way negotiation sets the 2022 TACs for some of Scotland’s most important commercial stocks. The UK can now move forward with the bilateral discussions with our neighbouring coastal states about fishing opportunities and access arrangements for the year ahead, the aim being to provide clarity and certainty to the industry before the start of the new year.

“While the industry is yet again faced with fluctuations in TACs based on scientific advice that in many cases doesn’t reflect what fishermen see on the grounds, UK and Scottish government negotiators have worked hard to secure the best possible outcomes for our fleet, showing the benefit of the UK being at the negotiating table in its own right, which it could never be as part of the EU.”

Shetland Fishermen’s Association (SFA) has responded news of fisheries agreements for 2022 by demanding “a complete shake-up” of the scientific advice process that underpins international negotiations on fishing quotas.

“We’re sick and tired of going through the same process every year,” said Simon Collins, SFA Executive Officer. “Wildly erratic stock assessments – often both ways – are held up as sacred truths, despite massive revisions from one year to the next by the people producing them. We are then left working with our national governments to minimise completely unnecessary damage to a perfectly sustainable and valuable industry.”

Together with the Scottish White Fish Producers’ Association, SFA called earlier this year for an independent panel of experts to examine the credibility of quota advice issued every year by the International Council for the Exploration of the Sea (ICES).

“It’s why we’ve ended up, despite the commendable efforts of Scottish and UK negotiators, with quotas for 2022 – particularly on North Sea cod – that bear little or no resemblance to the abundances of fish observed on our grounds. The outlook for our whitefish fleet in particular is very challenging as a result, and for no credible reason.

“The whole scientific advice process requires a complete shake-up, to the benefit not only of the fishing industry but of our understanding of a dynamic marine environment.”

The SFA was quick to assert that the outcomes for quotas next year would have been even more testing had the UK remained in the European Union.

“We know from long and bitter experience how little account EU negotiators take of industry views and even simple common sense,” said Collins. “At least we now have negotiators in Edinburgh and London that work hard to get the best results they can in the circumstances, and to whom we can actually speak. In that respect at least we are looked upon with envy by our former EU colleagues.”