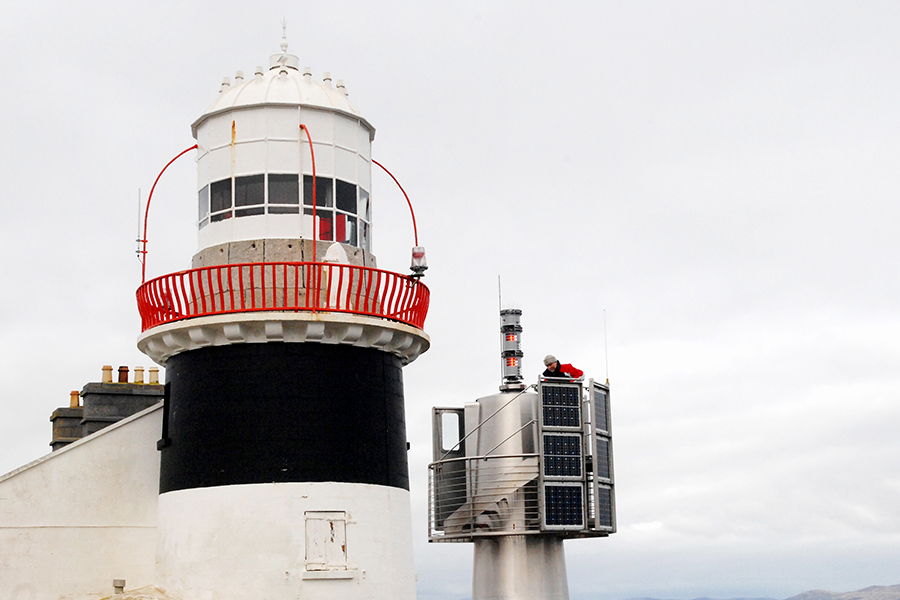 The General Lighthouse Authorities of the UK and Ireland – Trinity House, the Northern Lighthouse Board and Irish Lights – will discontinue their Differential GPS (DGPS) service in March 2022. The GLAs made this decision after carefully considering the results from an extensive consultation carried out with stakeholders and service users. They will cease transmission of the signal after 31 March 2022.

The GLAs introduced DGPS in 1995 as part of the mix of marine aids to navigation (AtoN) provided to safeguard mariners within their combined waters and to help protect the environment. The system became fully operational in 1997.

The system consists of 14 DGPS reference stations, six far-field monitoring sites and three monitoring and control sites. The system is operated as a single AtoN, operated and maintained by the three GLAs.

“After careful consideration of the results of the consultation process, the three GLAs have concluded that their DGPS system is now redundant. Today’s GNSS are able to meet all but the most stringent accuracy requirements, and position integrity can be provided by alternative means (RAIM or other visual and electronic aids to navigation).

“The GLAs recognise the need to provide adequate notice and support continuity of service going forward. As such, the DGPS system will remain operational until 31 March 2022, at which point the signals will cease.”

Marine radiobeacon DGPS was developed by the GLAs to counter Selective Availability (SA), a deliberate error added to the civilian GPS service to degrade its positional accuracy. The DGPS correction to the position error meant an improvement in accuracy from approximately 50m to around 5m.

In addition to improving the estimated position accuracy, by assessing whether the error is within a given threshold, the reference station is able to monitor the performance of the GPS constellation and identify any faults. Faulty satellites are removed from the position solution, providing position integrity for the mariner.

SA was discontinued in 2000 and GPS now offers the civilian user a position accurate to around 3-5m. DGPS still improves positional accuracy—now enabling positions in the region of 1-2m—but it is the position integrity function that is most often cited as the main benefit of DGPS.

While marine radiobeacon DGPS is not mandated by the International Maritime Organization for carriage on SOLAS vessels, it is provided for in all maritime receiver standards and the spectrum is allocated internationally.

The infrastructure required to run the service is approaching the end of its design life; the GLAs conducted a stakeholder consultation to assess the requirements for the service going forward, surveying and interviewing stakeholders from across the maritime sector and beyond.

Of the responses received, 86% were from mariners and maritime operators, operating a wide range of vessels including ferries, container ships, tankers, liquid natural gas carriers, bulk carriers and leisure craft.

The survey resulted in a mix of responses, with the majority of mariners reporting that they use the DGPS system for accuracy improvements and integrity, while others reported that they do not use it.

All mariners reported using GPS today with around 40% also making use of GLONASS, and around 9% using Galileo too. From the response received, it is expected that more mariners will move to multi-constellation receivers, making use of GPS, GLONASS, Galileo and BeiDou over the next five to ten years.

Following a change in maritime receiver standards in 2003, all receivers now include Receiver Autonomous Integrity Monitoring (RAIM). RAIM is a means of determining whether the resulting position estimate is safe to use through an algorithm within the receiver.

Differential corrections are also available from other sources, including Satellite Based Augmentation Systems (SBAS), which are primarily provided for aviation users. Work is under way in Europe to introduce a maritime service to EGNOS, the European SBAS. This service is expected to be available around 2022.

Vessels that need high accuracy position and integrity for operations mainly utilise a number of commercial satellite-based services; the decision to discontinue DGPS has no operational impact on these services.

The GLAs advise mariners to consider their use of DGPS and to plan for its discontinuance accordingly. Mariners should check their GNSS receiver(s) to confirm the presence of RAIM and consider upgrading to type-approved SBAS receiving equipment when available.

The GLAs encourage mariners to use all available AtoN – whether visual or electronic – to support their safe passage and the protection of the environment.