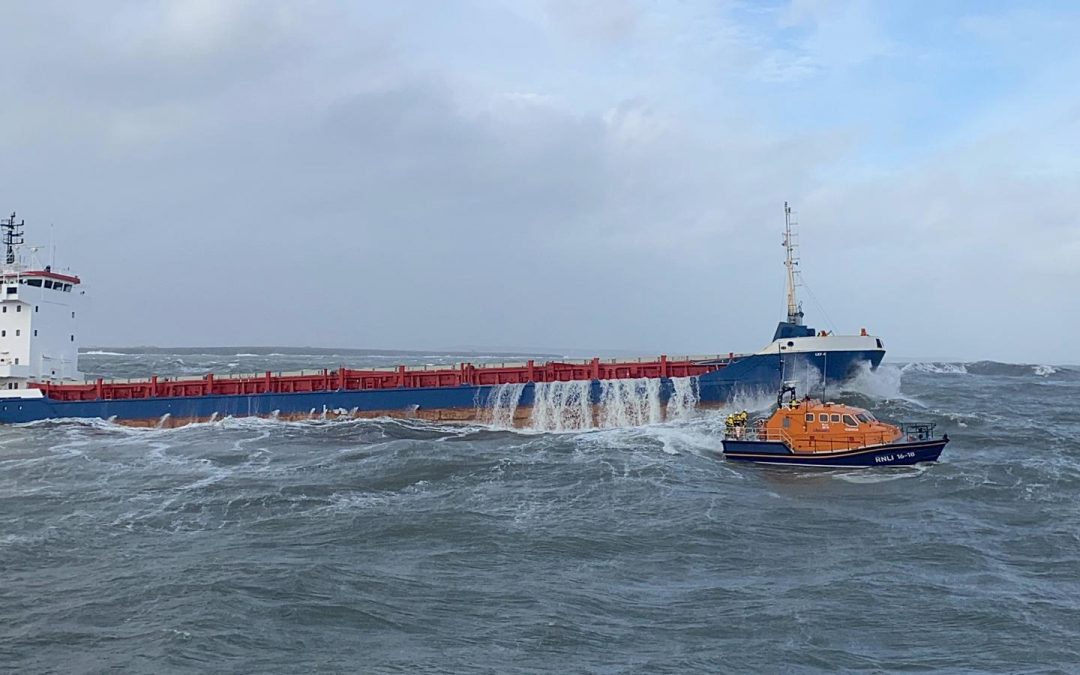 The RNLI is to present three lifeboat crews in Ireland with gallantry awards for their role in a rescue last October that saved nine lives and prevented a 100-metre cargo vessel, carrying 4,000 tonnes of coal, from hitting rocks at Hook Head.

The Coxswains of Dunmore East RNLI, Kilmore Quay RNLI and Rosslare Harbour RNLI are to receive RNLI Bronze Medals for Gallantry – one of the highest awards presented by the lifesaving charity – while the volunteer lifeboat crews who responded to the callout will each receive Medal Certificates. Recognition will also be given to the crew of Irish Coast Guard helicopter Rescue 117, the staff of the National Maritime Operations Centre in Dublin and the Master and Crew of the tug Tramontine.

RNLI Director of Lifesaving, John Payne said, ‘Those crew involved demonstrated that unique blend of courage, selflessness, dependability, and trustworthiness, at their best, in the most demanding of conditions.  Without question their combined actions saved lives at sea. Conditions onboard the lifeboats were unpleasant in the rolling and pitching seas. The volunteer crews displayed fortitude, perseverance and courage to remain focused whilst under the most testing conditions, often up to their knees in water and heaving decks. The unity of purpose and sense of “One Crew” displayed by all contributed significantly to the successful outcome in a protracted 12-hour service.’

On 20 October 2020, Dunmore East RNLI, Kilmore Quay RNLI and Rosslare Harbour RNLI, along with Rescue 117, conducted a joint rescue operation off the Wexford coast.  The Lily B, a 100-metre general cargo vessel with nine crew and carrying 4,000 tonnes of coal, had lost all power, just two nautical miles from Hook Head. Conditions on scene were force eight with severe force nine gusts and wave heights between eight and ten metres. The Lily B was drifting and in danger of striking rocks on Hook Head or capsizing in the heavy seas.

The 12-hour service in challenging conditions saw multiple attempts by the lifeboat crews involved to establish a tow between the casualty vessel and the lifeboats.  With the crew of the Lily B unable to stay on deck for long in the poor conditions and with language difficulties, two of the lifeboats were eventually successful in passing a rope on deck by using a rocket line and pulling the cargo vessel clear of the rocks. The lifeboat tow was maintained for three hours with waves continually crashing over the decks until the tug vessel Tramontine from Waterford Port arrived on scene and took up the tow. The three lifeboats stayed with the Lily B until they reached the safety of the Waterford Estuary.  The rescue operation was finally stood down after 12 hours at sea for the lifeboat crews.

Following a meeting of the RNLI’s Board of Trustees, the RNLI has made the following recommendation.

‘For their fine display of seamanship and boat-handling skills in atrocious weather conditions, in securing a tow and determination to succeed resulting in the saving of nine lives. It is recommended that the Bronze Medal for Gallantry be awarded to: 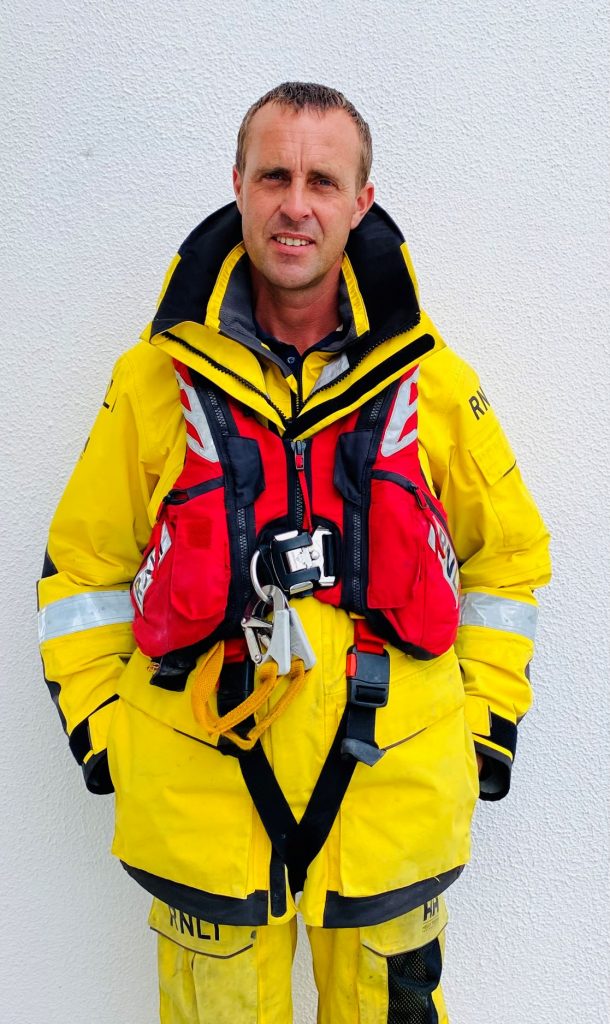 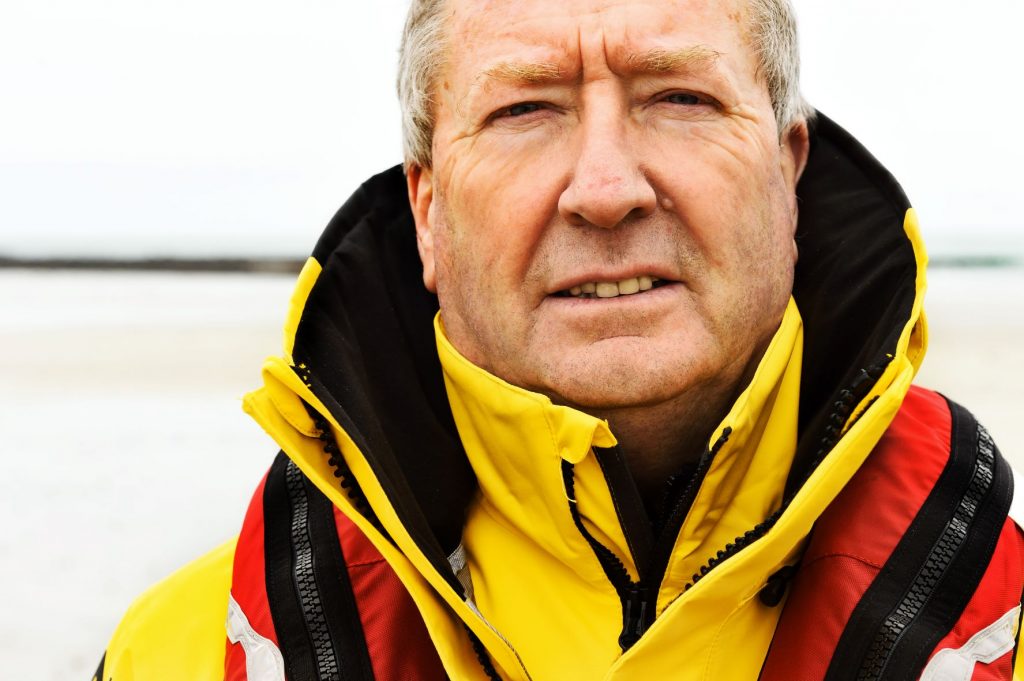 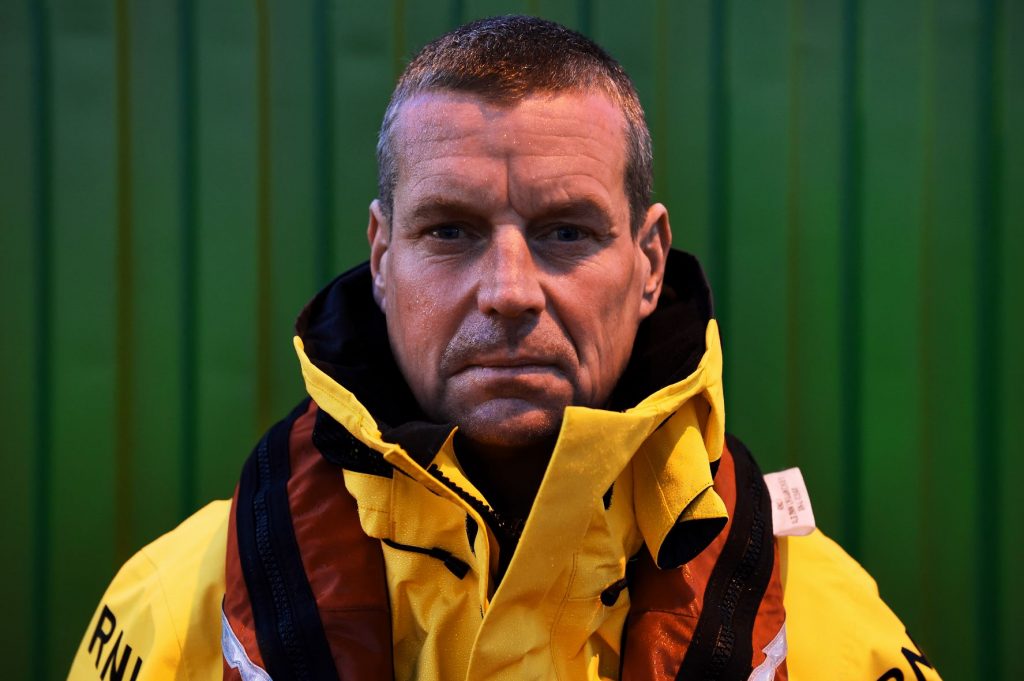 The station Coxswains were informed of the awards by RNLI Area Lifesaving Manager Joe Moore who commented, ‘In recommending these awards, the RNLI Trustees recognise the difficulty of the service, the challenges that were faced by the lifeboat crews during their twelve hours at sea and the tragedy and environmental disaster that was averted off the Irish coast.’

In reviewing the service, the RNLI also recommended a Medal Service Certificate for the crew of Irish Coast Guard helicopter Rescue 117 for their top cover and reassurance to all the crews below for the duration of the service.  Signed letters of appreciation will also be presented to the staff of the National Maritime Operations Centre in Dublin and the Master and crew of the tug Tramontine. 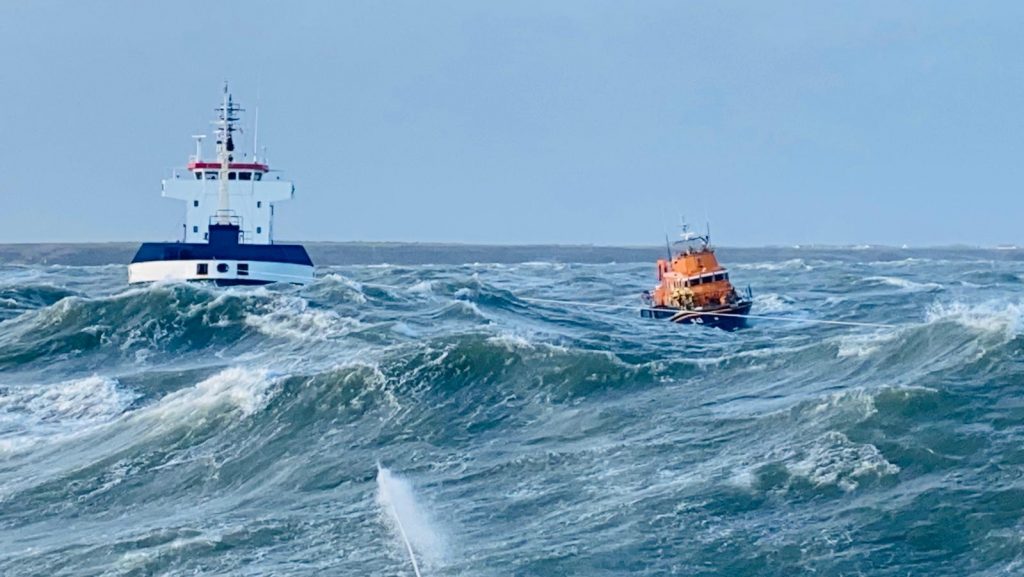 Details of the arrangements for the presentation of Bronze Medals for Gallantry and the Medal Service Certificates are to be arranged in consultation with the awardees and will be released nearer the date.

List of lifeboat crew to be honoured by station: